Harry Kane has issued his full support for Tottenham’s new interim boss Ryan Mason. The duo know each other well from the retired midfielder’s time at the club, in which he was very close to his new striker Kane.

The pair spent time together coming through the ranks in Spurs’ academy before making their first-team breakthroughs under Mauricio Pochettino.

However, Mason eventually moved on in 2016 to join Hull while Kane stayed with the club on his way to legendary status.

Now the England captain will be under the instructions of his former team-mate, who takes charge of his first Tottenham game tonight against Southampton.

Kane is unlikely to bet involved due to the ankle injury he picked up in the 2-2 draw at Everton but he has made it clear that he is right behind Mason, heading into the contest. 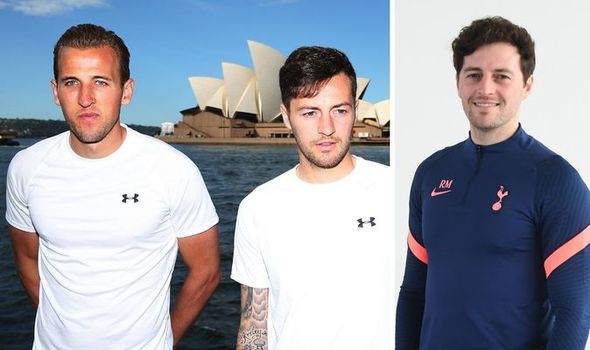 “Having come through the academy together I know how much it will mean to @RyanMason to take charge of the team for the rest of the season,” Kane wrote on Twitter.

“We’ll give him everything we’ve got for these next 7 games.”

Those seven games include this weekend’s League Cup final, in which Mason could secure cult-hero status should he mastermind an upset.

Daniel Levy is believed to deem Tottenham’s Premier League position as the priority, despite the chance to win silverware.

Jose Mourinho was relieved of his duties on Monday by Levy, who then asked Mason to take first-team training.

Yesterday, the chairman then asked the 29-year-old whether he’d be willing to help the club out over a more prolonged period of time – until the end of the season.

Mason made it clear during his first press conference yesterday, that he was honoured to be asked to lead the club forward even if the circumstances are challenging.

“I think it’s no secret that I love this football club,” Mason said. 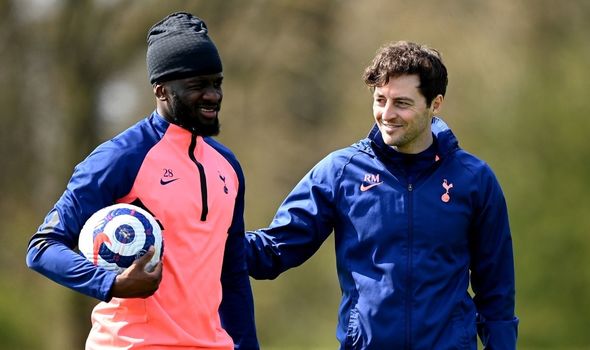 “To spend 20 years of my 29 years involved with this football club, it’s in my heart, it’s in my blood, of course it is. I’ve always felt a massive connection with the fans of the club.

“I’ve always had a great connection with anyone who works in the club, and that’s important. I’ve always felt loved.

One thing I can guarantee is that I’ll give my all in the next seven games to prepare players to win football matches. The pride I feel is amazing.

“It’s one of those where I’ll probably not be able to take it in until the season’s done, but of course at the moment I feel immense pride.”