Harry Kane was “cute” in winning a controversial penalty in Tottenham Hotspur’s 2-0 victory at Aston Villa, according to former England defender Gary Neville, in an incident which divided opinion on Sunday night.

The Tottenham striker went down in the box under a sliding challenge from Villa’s Matty Cash, before stepping up to score his side’s second goal of the game from the spot in the 68th minute.

But the incident sparked debate as Kane seemed to step into Cash’s sliding challenge on the byline, drawing the foul as the ball was running out of play.

Cash protested referee Mike Dean’s decision to award the penalty, pointing to the fact that he had already committed to going to ground in order to block a potential cross from Kane, before the England captain appeared to step over the ball and change direction.

Former England striker Gary Lineker voiced his disagreement on the decision, suggesting on social media that Kane had been dishonest in his role in winning the penalty.

“Never a penalty,” Lineker wrote on Twitter. “A tad unscrupulous from @HKane.”

During his commentary on Sky Sports, Neville also indicated that Kane had been actively trying to draw the foul, but said that it was the right call from Dean to award the spot kick.

“He [Kane] is looking for the fact that Cash slides in,” Neville said. “It’s cute from Kane. Some won’t like it, but [it’s] naivety [from Cash]. If you go to ground in the box, you’ve got no chance.”

That sentiment was echoed by Cash’s own manager, Dean Smith, who ruefully accepted the decision when speaking after the match.

“It’s a penalty,” Smith said. “Harry’s miscontrolled it and the ball’s gone out of play, but he [Cash] has gone to ground and he’s caught him.”

And yet the incident continued to divide opinion on social media, with some users on Twitter referencing how the language and words used to describe penalty decisions can often change depending on the player who was fouled, with terms such as “cute” being substituted for more blatant descriptions of diving and cheating in this instance.

Referee Dean did not hesitate to award the penalty for what he saw as a legitimate foul on Kane, however, with VAR seeing no reason to overturn it. 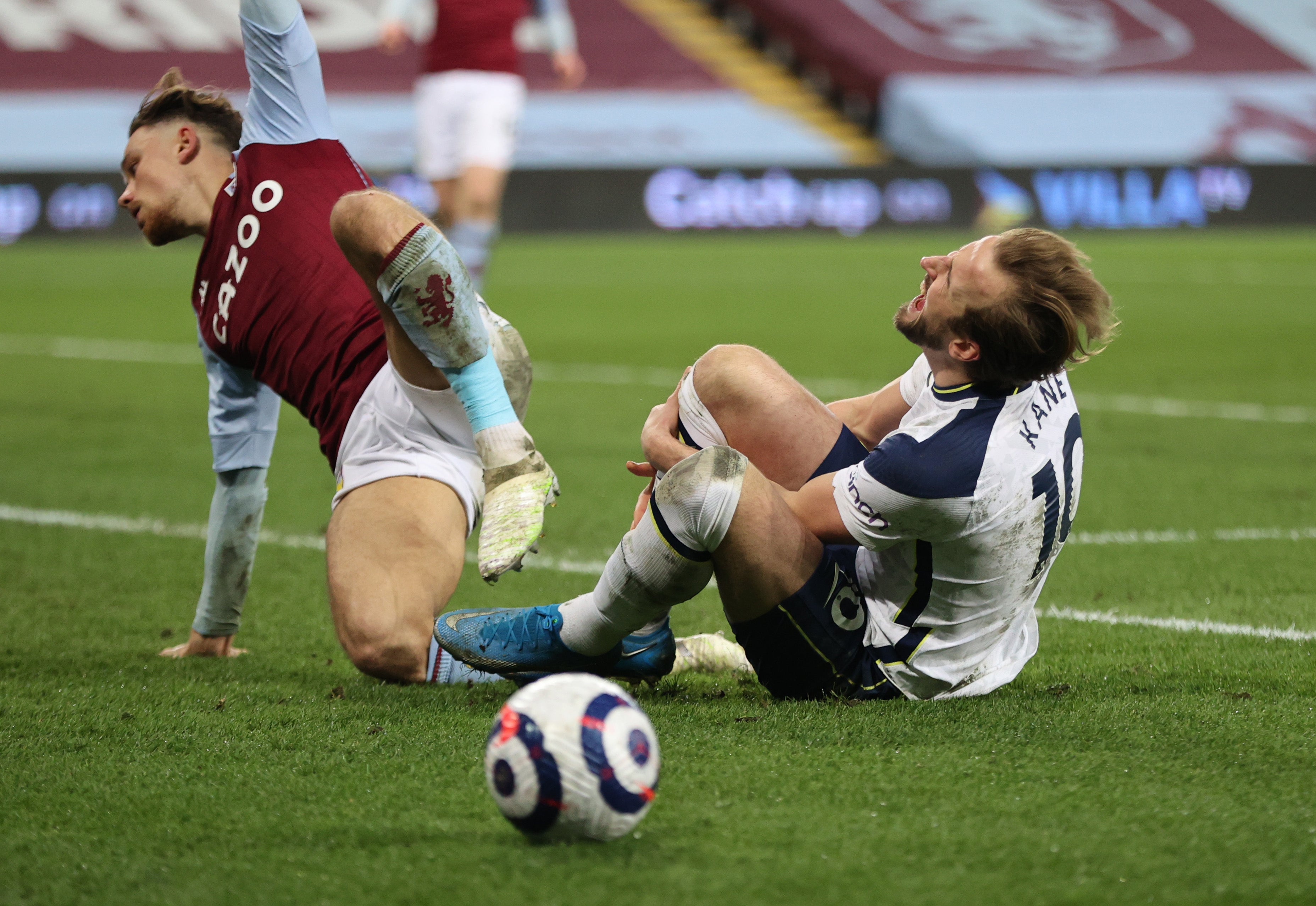 Under the International Football Association Board’s Laws of the Game, Cash’s slide challenge may have constituted as “careless”, with the defender showing “a lack of attention or consideration when making a challenge”, which turned into an offence when contact with Kane was made.

There was a similar incident, ironically against Tottenham, in the north London derby last weekend, when Davison Sanchez was penalised for challenging Arsenal’s Alexandre Lacazette in the box.

Even though Lacazette had already managed to get a shot in at goal, referee Michael Oliver awarded the penalty as Sanchez’s challenge was classed as a “careless”, or even “reckless”, attempt to win possession, which turned into an offence when contact with the Arsenal striker was made.

Spurs boss Mourinho criticised that decision as a “mistake” afterwards, suggesting that Oliver was “tired” after refereeing a European tie in midweek, but has benefited from the ruling this time around.

Kane’s strike was his 17th Premier League goal of the season, drawing level with Liverpool’s Mohamed Salah as the league’s top scorer, as Tottenham bounced back from their Europa League exit to Dinamo Zagreb on Thursday, a result which the striker called “embarrassing”.

Coronavirus: Ligue 1 season over, no sport in France before September