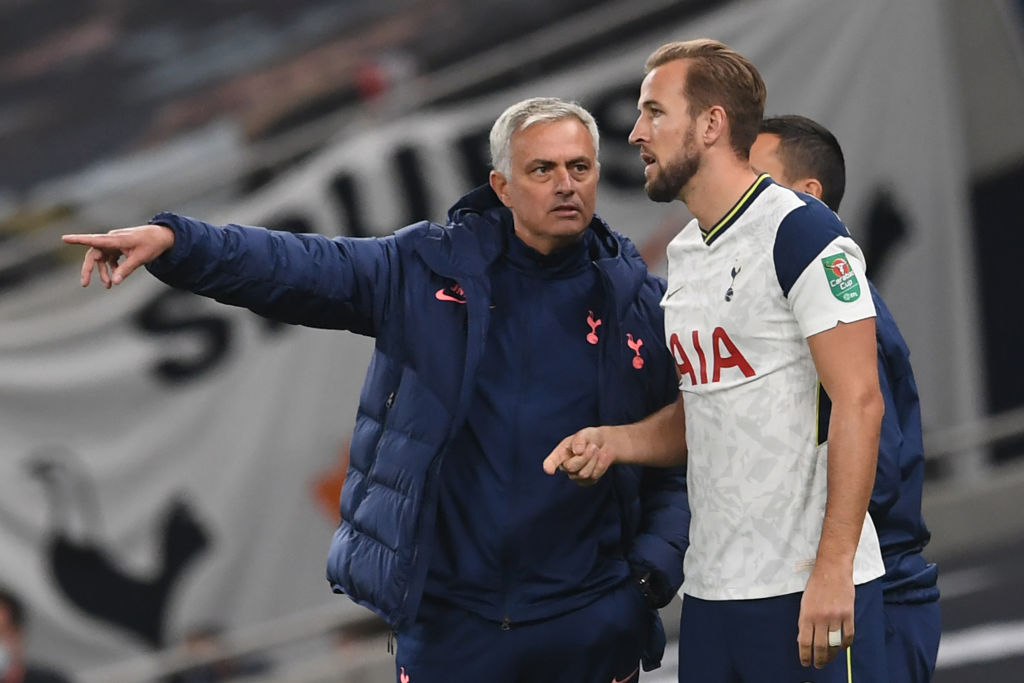 Harry Kane admits he was ‘surprised’ by Tottenham’s decision to sack Jose Mourinho this week.

Following a run of just one win in six games, Spurs chairman Daniel Levy opted to relieve Mourinho of his duties on Monday.

Ryan Mason has been brought in as Mourinho’s replacement on an interim basis for the remainder of the season, and the 29-year-old guided the team to a 2-1 victory over Southampton on Wednesday.

Mason is now looking to guide the team to victory over Manchester City in the Carabao Cup final at Wembley on Sunday.

Kane, meanwhile, believes that Mourinho’s departure is an example of how ‘cut-throat’ football can be.

‘I came in that morning and probably found out five to 10 minutes before it was announced.

‘A lot of the focus was on the Carabao Cup final and preparing for that but, look, it’s football. I’ve been here now where a couple of managers have been sacked and, as a player now, I don’t think you ever expect the boss to be sacked but it’s part of the game, you have to deal with it.

‘I had a great relationship with Jose, I wish him all the best for whatever his next job is, but he knows as we know football can be cut-throat and we just have to look forward.

‘We have a big final to prepare for now and we’re looking forward to that.’