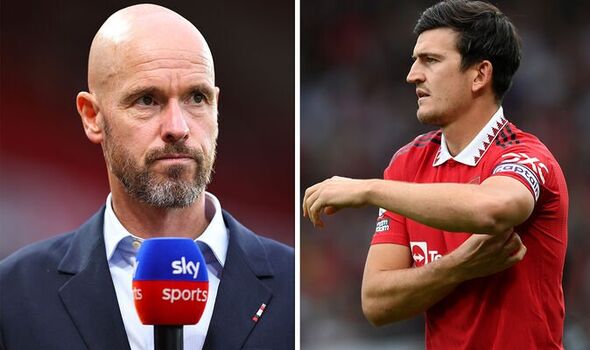 Manchester United captain Harry Maguire was booked 87 seconds after being brought on against Arsenal and Erik ten Hag has hinted he will not be changing his back four any time soon. Rafael Varane and Lisandro Martinez have been United’s first-choice centre-back pairing for the past four matches, with Maguire being forced to sit on the bench.

The England international was not used in the victories over Liverpool, Southampton and Leicester but was brought on on the 79th minute to try and combat Arsenal’s changes at Old Trafford on Sunday. However, Maguire found himself one-on-one against Gabriel Jesus a minute later which resulted in bringing the Brazilian down after allowing him to cut inside.

That put the 29-year-old in a precarious position as Arsenal tried to get back in the game, which they were trailing 3-1. United held out for the three points and Ten Hag admitted after the match that he has no concerns at all with his starting back four, suggesting it could be a while before Maguire makes a return to the starting XI.

“Not worried, I know our defence can deal with that but they have a lot of creativity,” Ten Hag said. “We could’ve done things better but we are not as long together as Arsenal. When we get that in we will have better control of the game, that’s hard work, there’s a lot of room for improvement.” 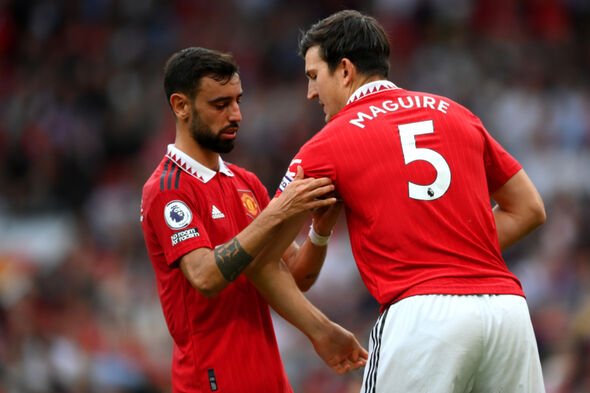 He added: “I thought the first 10 minutes was the best we have played so far this season. But after the cancelled goal it wasn’t as good. But we had a good team today, good team spirit, they fought, they recovered, Arsenal created chances but we scored great goals, we were great on the break.

“We had a good plan, we didn’t get it all on the pitch, we couldn’t control it when we should have. We got a setback and we fight back, that’s good to see. I like this mentality. Arsenal played well but we defended well – I never had the feeling that they’d break us. They had a lot of movement and creativity but we defended as a team with all 11.

“We can have better pressing and organisation, we can control the game more, we can be better in possession with better composure n the ball then we will dictate the game even more. We haven’t been together long so we’ll work on it.”

Maguire started United’s first two games of the season, which resulted in losses to Brighton and Brentford. The Red Devils skipper picked up yellow cards in both of those matches too meaning he is two cautions away from an automatic one-game suspension.

United also have Scott McTominay only yellow card away from a fifth booking, while Diogo Dalot is two away.