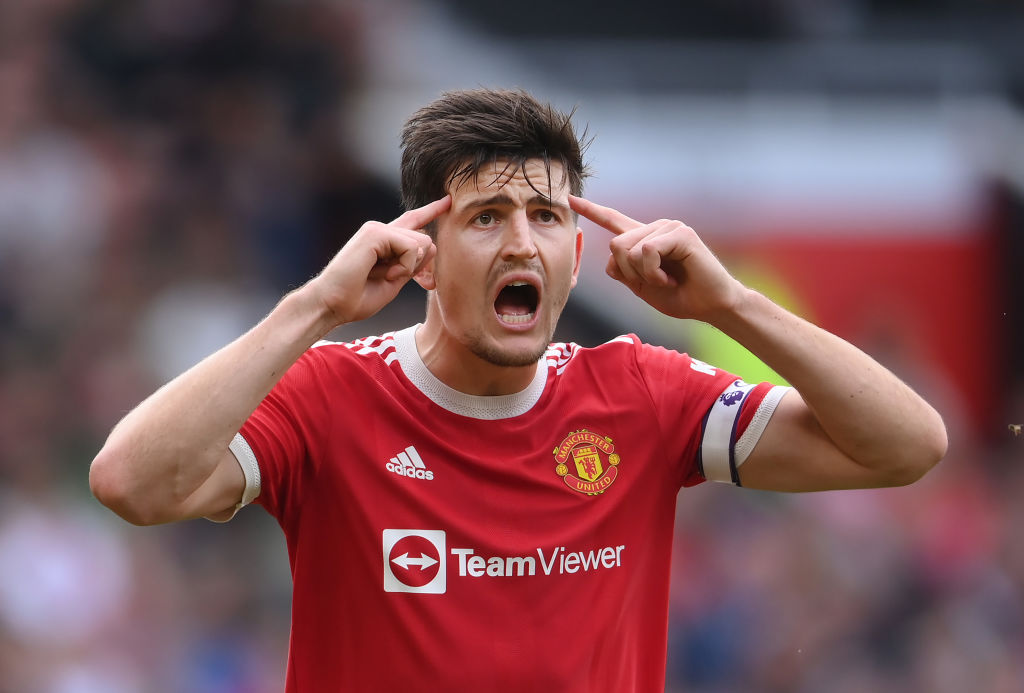 Harry Maguire has effectively ruled himself out of Manchester United’s Premier League match against Leicester City this weekend after revealing he is yet to return to full first team training following a calf injury.

The club captain hasn’t featured since he was forced off during September’s 1-0 defeat against Aston Villa at Old Trafford and missed the subsequent matches against Villrreal and Everton.

Maguire has stepped up his rehabilitation during the international break but appears unlikely to make his comeback against his former club at the King Power Stadium on Saturday.

The summer signing from Real Madrid picked up a groin strain while on international duty last week for France.

‘Raphael Varane sustained a groin muscle injury in the UEFA Nations League final and has commenced rehabilitation at the club,’ a statement on Manchester United’s website said on Tuesday afternoon.

Eric Bailly and Phil Jones are in contention to feature, while Solskjaer also has the option of fielding Scott McTominay as a makeshift central defender.

Premier League: One positive coronavirus case in latest round of testing