Gareth Southgate has confirmed that Manchester United defender Harry Maguire will be welcomed back into the England camp next month following his arrest in Mykonos. He has been granted an appeal after he was initially handed a 21-month suspended prison sentence for a number of charges relating to a clash with police officers.

Greek justice dictates his initial guilty verdict is squashed until a retrial takes place, with Maguire claiming that if anything he and his family were the victims in the ordeal.

The timing of events meant that Southgate dropped him from the England squad just hours after selecting him for the Nations League clashes with Iceland and Denmark.

But the Three Lions manager was adamant that after sitting these two matches out, Maguire will return to the fold next month.

“I think we’ve talked right the way through very openly and honestly, and, of course, Harry would prefer to be here with the team,” Southgate said. “He wants to play football and he wants to be part of it.

“But I think with everything that’s gone on in his life in the last couple of weeks it was so important that he’s been able to let everything just calm down, get some more time on holiday. 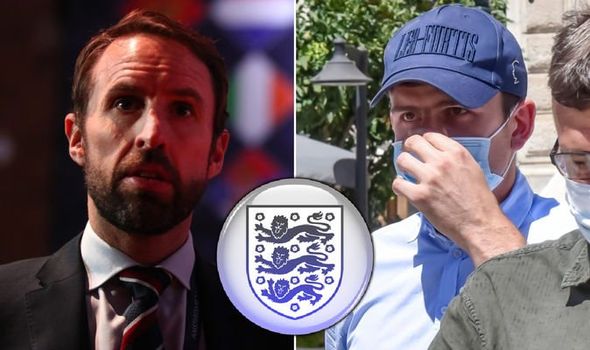 “He hasn’t really had any sort of a break. He had four, five days and then this huge intrusion into his life from everywhere.

“It has clearly been a really difficult period for him and the last few days have been very important for him to relax, get away from all the attention. Events that happened in Greece really dominated.

“So, he now has the chance to re-energise, get back to training with his club and then all being well he’ll be with us in October.”

And Southgate was adamant he would do exactly the same thing again despite the criticism he received for showing backing for his player at the very instant he was being found guilty.

“I think everybody is now aware how complex this case was, which wasn’t as it was initially reported in any way,” he said.

“I felt important to support our player, so I always knew that the timing of the case was potentially going to mean we would have to change something in a relatively short period.

“But we had a squad to pick of 25 and lots of things to prepare for, medically and everything else, so we couldn’t delay just for one situation.

“I have to live with that. It didn’t bother me the reaction to it, I knew that would come.

“But the chain of events and the way I described them, I think would be the same if I did it again.”

Speaking to BBC News at the end of last month, Maguire said: “It was horrible, it’s not something I ever want to do again, I don’t wish it on anybody.

“It’s the first time I’ve ever been inside a prison. I don’t feel like I owe an apology to anybody. An apology is something when you’ve done something wrong.

“Do I regret it? I regret being in the situation, obviously the situation has made it difficult. I play for one of the biggest clubs in the world so I regret putting the fans and the club through this.

“I think it could’ve happened anywhere. I love Greece, I think us footballers get a bit of stick for trying to stay away from everything and the public eye. It’s not how I want to live my life. 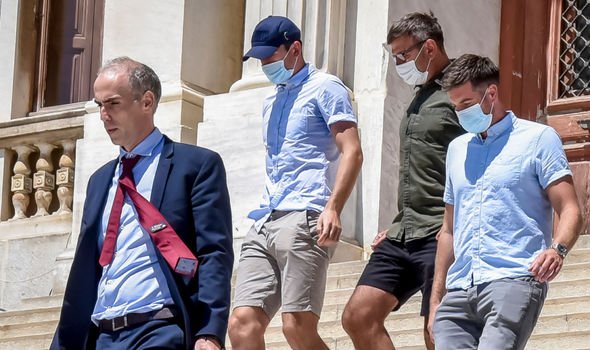 “I did nothing wrong. I found myself in a situation where it could have happened to anybody and anywhere.

“I have great faith in the Greek law. The retrial will give us more time to prepare, gather the evidence, allow witnesses into the court.

“I’m really confident that the truth will be told and come out. I know what happened that night. I know the truth.

“When I speak about it I get worked up but that’s because it just makes me feel a bit angry inside. I will move on. I am mentally strong enough.”