The ex-Manchester City and Chelsea stopper signed a short-term deal at St Mary’s until January 5 earlier this month after Saints experienced a goalkeeper crisis.

Caballero endured a debut to forget with a 3-0 defeat at Arsenal but impressed in the 2-2 draw at Crystal Palace last time out and could now remain at Southampton for the rest of the campaign. 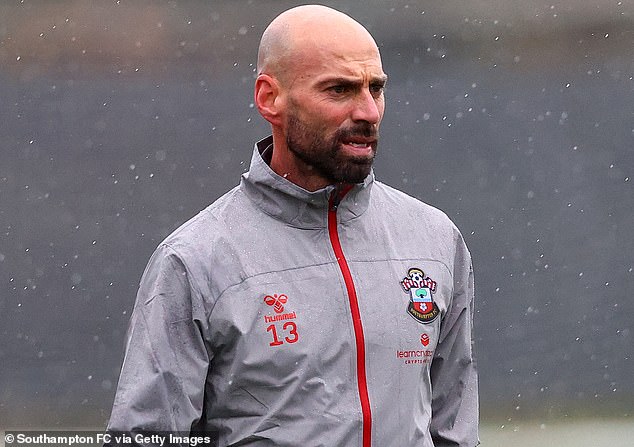 Ralph Hasenhuttl revealed: ‘Yeah, there is a chance definitely because in this moment and situation, you never know how quick it goes with Covid that you lose a few players.

‘It would make sense, definitely and this is what we have in our mind to extend his contract also. I am sure he can help us for a longer term. 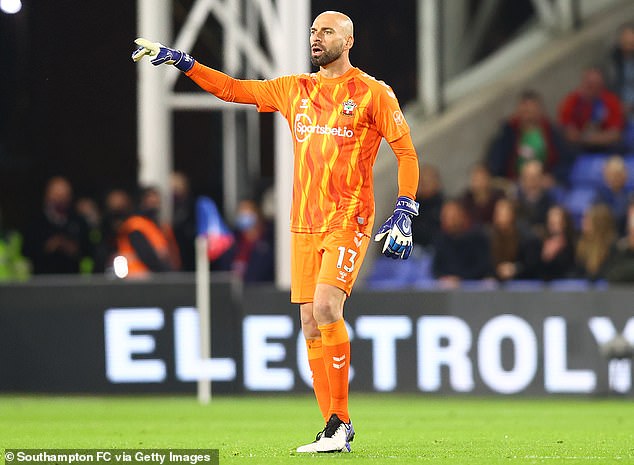 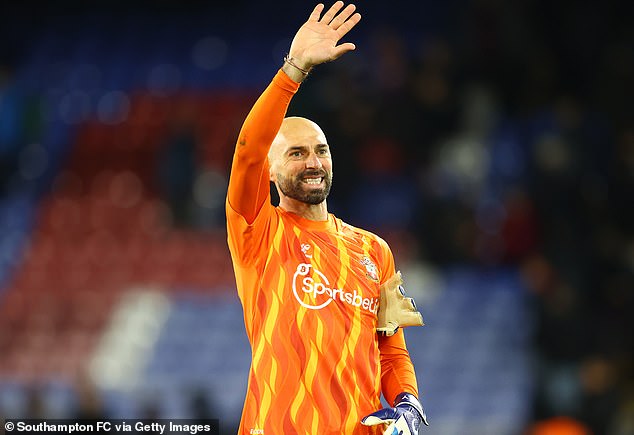 Injuries to Alex McCarthy and Fraser Forster saw Southampton turn to Caballero but one-time England goalkeeper Forster has returned to training which will leave Hasenhuttl with a decision to make ahead of Sunday’s trip to West Ham.

Stuart Armstrong, Che Adams and Adam Armstrong have also recovered from recent fitness issues to boost the south coast club but the Saints manager is aware of the task at hand on Boxing Day.

‘Maybe the only team at the moment that is able to step in this top-six table and they did it in a fantastic way.

‘Tough to get something there and for me every season one of the toughest away games we have.’

Southampton will aim to end a six-game winless streak this weekend and West Ham have also endured mixed form of late.

The Hammers, who are fifth in the Premier League, have triumphed in only two of their last nine matches in all competitions.

‘We always see things that we can or how we can hurt them,’ Hasenhuttl added.

‘It will be a super intense game for us again and we need to have a very good performance from the first minute.

‘It’s a very good organised team and with simple, good behaviours and this leads to a tough challenge for us.’