Isaac Hayden will miss Newcastle’s relegation run-in after being ruled out for the season with a knee injury.

Scans have shown the midfielder suffered ‘significant’ damage during the first half of the Magpies’ 3-0 Premier League defeat at Brighton on Saturday after a challenge with Yves Bissouma.

However, he will not require surgery, instead beginning a rehabilitation schedule that should see him recover in time for next season. 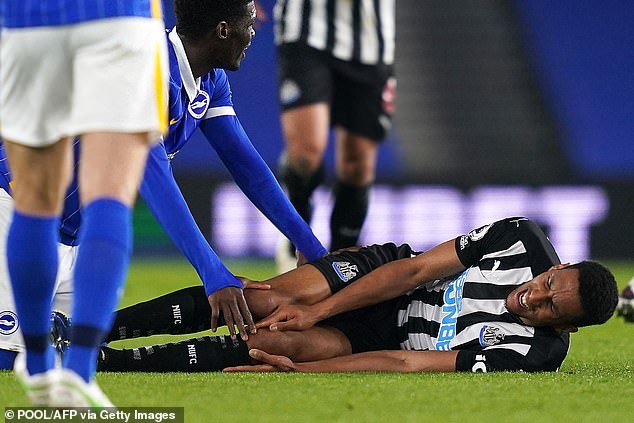 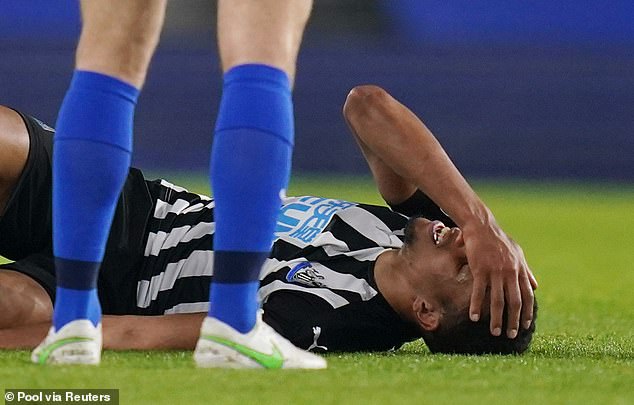 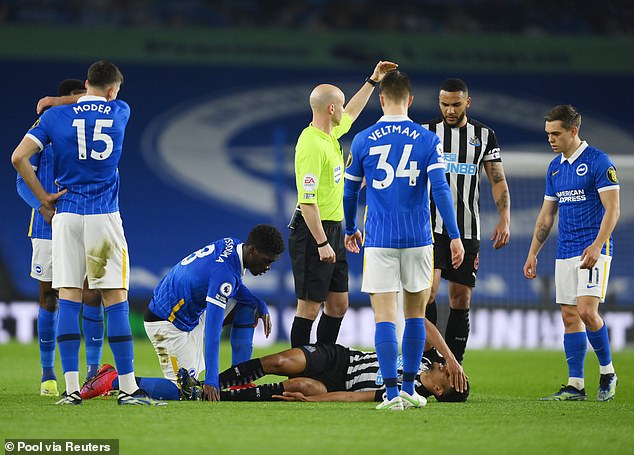 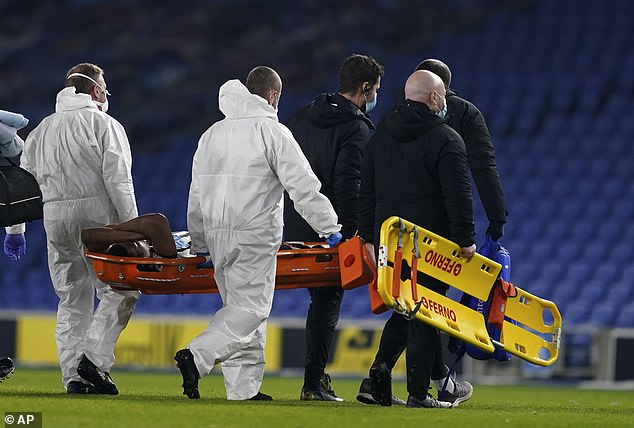 Hayden, who had to be carried off on a stretcher, will not require surgery on the knee injury

Hayden has played 27 times in all competitions this season, scoring one goal.

Steve Bruce’s side are two points above the drop zone with nine games of the season remaining.

Hayden tweeted on Saturday after the injury: ‘Gutted all round is an understatement! I will be doing my utmost to recover as quickly as I can from this injury to help the team.

‘Respect to Bissouma for checking on me after the game – (it) was a complete accident – and Brighton medical staff for their help tonight also.’ 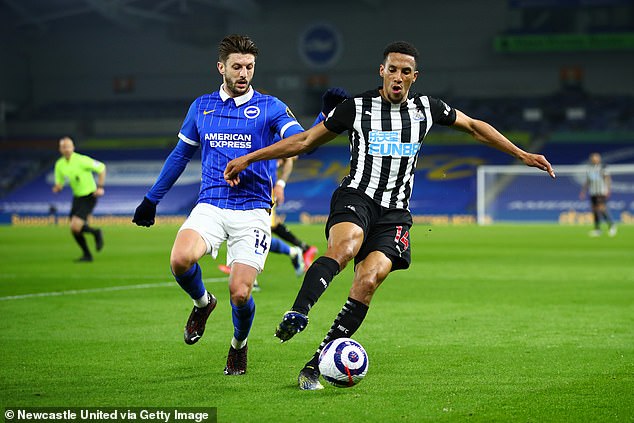 Newcastle’s No 14 has played 27 times in all competitions this season, scoring one goal