‘He nearly took his head off’: Jamie Redknapp and Rio Ferdinand left mystified at how James Tarkowski escaped conceding a penalty for a high foot on Sean Longstaff

Jamie Redknapp and Rio Ferdinand were left mystified at how James Tarkowski avoided conceding a penalty in Burnley’s Premier League match against Newcastle on Sunday.

The Clarets centre half raised his foot extremely high to clear the ball and made obvious contact with Newcastle midfielder Sean Longstaff, but after consulting VAR the referee Anthony Taylor did not overturn his original decision to play on.

Although in a world without VAR it still would have not been a penalty, pundits justifiably questioned why with video technology available, the call not to give a penalty was not reversed. 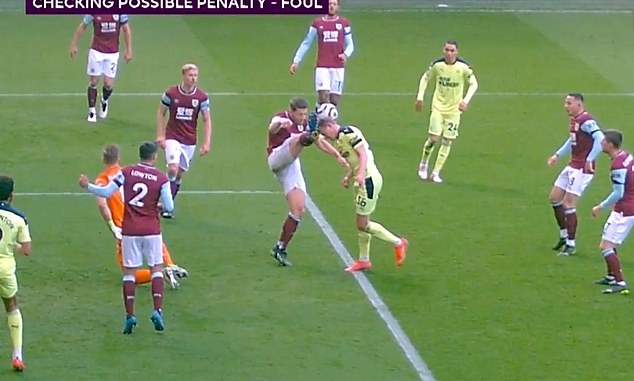 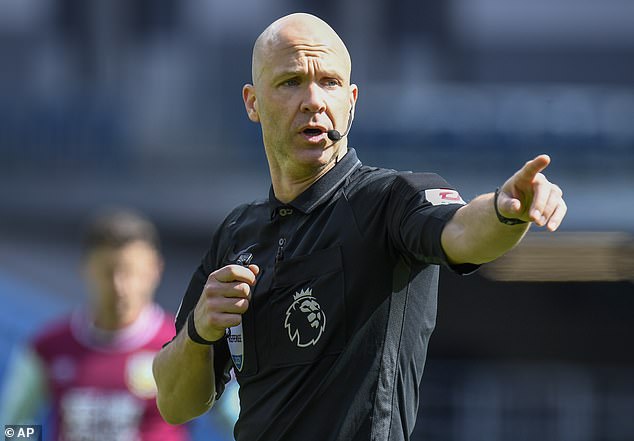 Fellow pundit Micah Richards continued: You saw the Leeds tackle yesterday with (Liam) Cooper, he took the ball first (before getting sent off). It’s just so inconsistent.

‘I know we always say it’s got to be a clear and obvious mistake but it’s a foul! His foot’s high and it should be a penalty.’

Former Newcastle striker Alan Shearer also had his say on Twitter, posting: ‘That should be a pen. Anywhere else on the pitch…’ followed by several angry emojis.