When Ole Gunnar Solskjaer spoke earlier this week about the ‘different demands’ he places on Dean Henderson compared to the goalkeeper’s time at Sheffield United, the ability to pass the ball out from the back was no doubt one of them.

It made what happened on his return to Bramall Lane with Manchester United on Thursday night all the more horrible for Henderson.

The 23-year-old made just one solitary mistake that led to Sheffield United conceding a goal in the Premier League last season, allowing Georginio Wijnaldum’s volley to squirm through his legs in a 1-0 defeat to Liverpool. 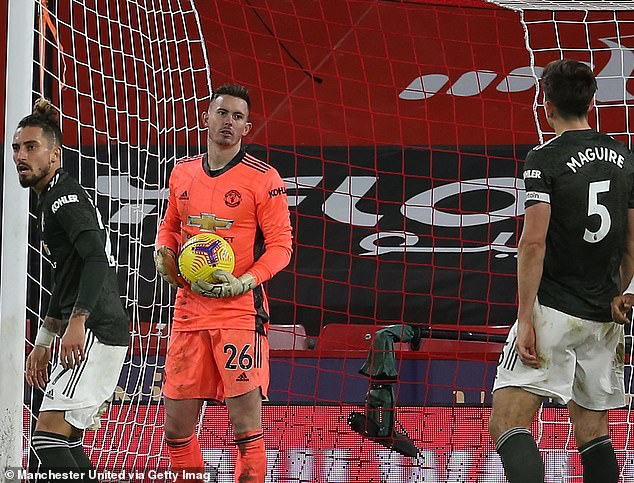 England’s new goalkeeper took less than six minutes to make another one after being selected to start against his former club in place of David de Gea.

You sensed the Blades knew something we didn’t about their old team-mate when no fewer than four players crowded around him in the six-yard box at an early corner.

And when Henderson received a back-pass from Harry Maguire – another Blades old-boy – shortly afterwards, Oliver Burke was primed to close down the United keeper as quickly as possible.

Oliver Burke closed down Henderson after routine back-pass, causing him to quickly panic 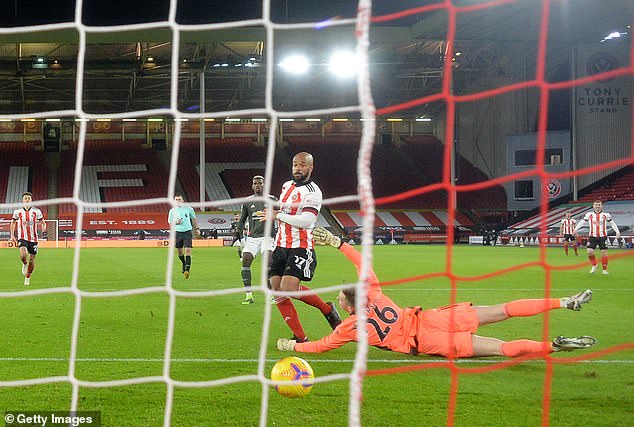 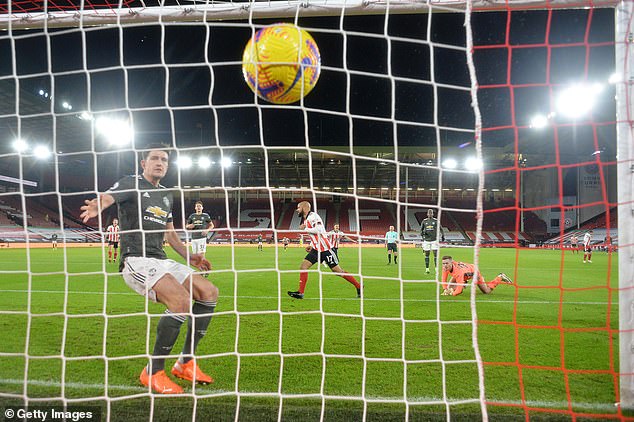 He succeeded, taking advantage of Henderson’s indecision to block the clearance and then touch the ball for David McGoldrick to score in an empty net.

It was an awful moment for Henderson and his manager who made the decision to hand United’s No.2 keeper only his second league start for the club since returning from two impressive seasons on loan at Bramall Lane.

It’s not as if Henderson didn’t know what was coming either. ‘If we think we can just roll in here and take three points easily we’ve got another thing coming,’ he said before kick-off. ‘Sheffield United are going to come flying out of the traps.’

Henderson played a part in United’s equaliser on his only other start at West Ham 12 days earlier when VAR couldn’t prove that his booming clearance went out of play before Bruno Fernandes set up Paul Pogba to score. 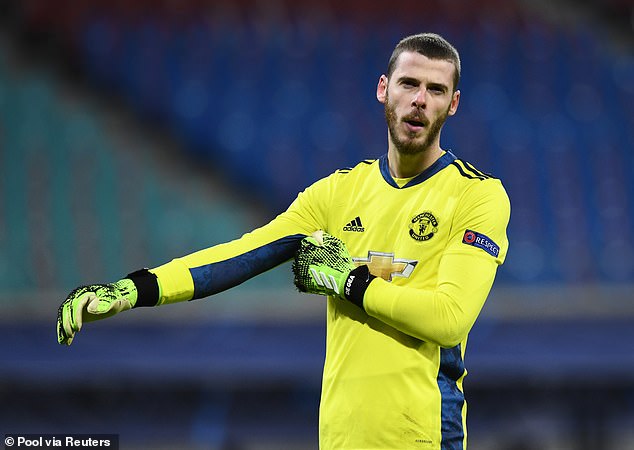 But he got himself into a real muddle here. To be fair, he had little chance with McGoldrick’s second and then pulled off a fine save from Lys Mousset to preserve the win. But the image of that first goal will endure.

We have heard a lot about Henderson and how he will not be happy sitting on the bench. There is no shortage of self-confidence.

Since rejoining United in the summer, he has signed a new contract, made his Champions League debut and become a senior England international.

But this was a reminder to us all that Henderson still has some work to do before he can be considered a real threat to De Gea.