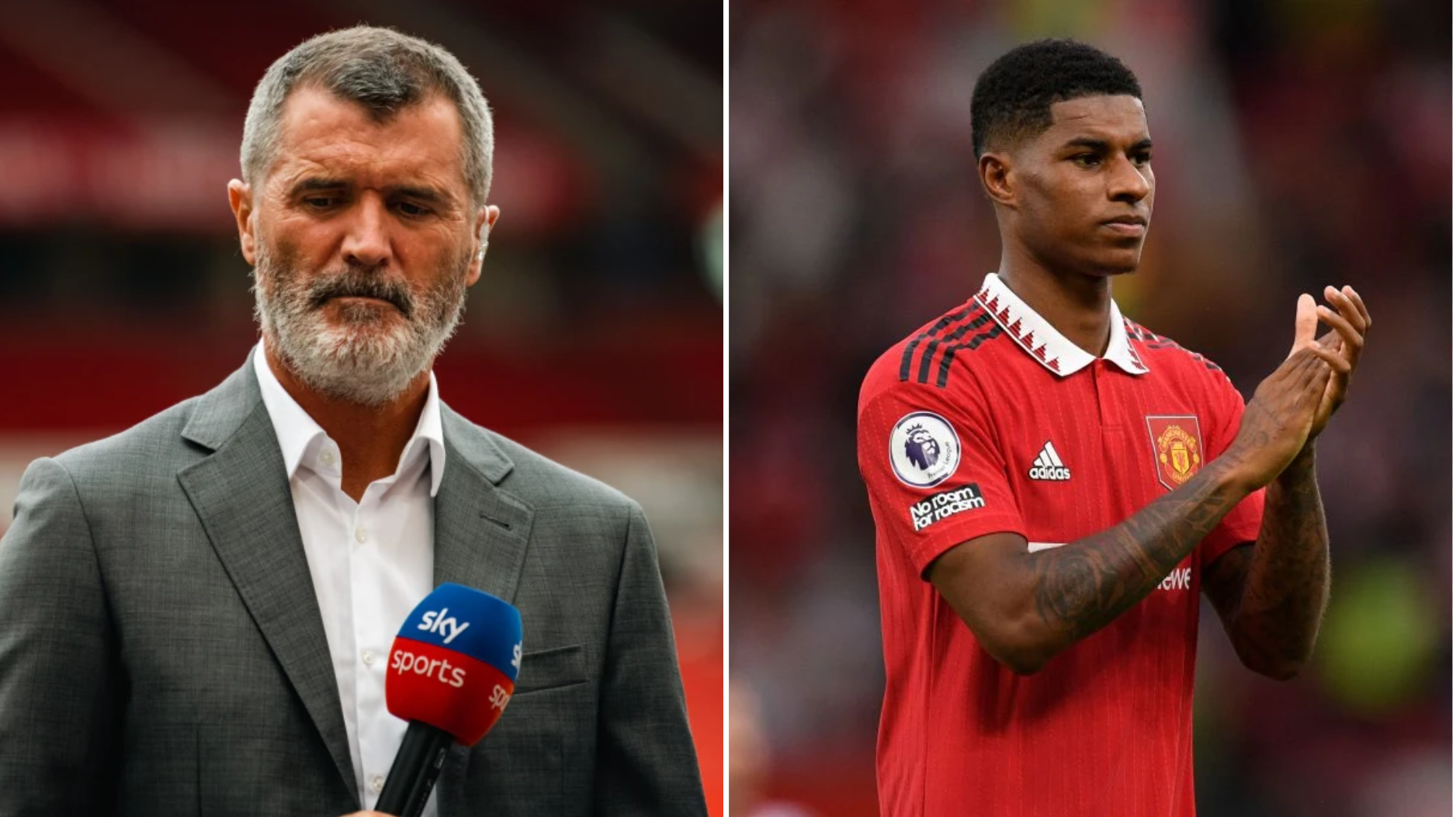 Roy Keane has heaped praise on Marcus Rashford following his ‘absolutely brilliant’ performance in the victory over Arsenal.

Rashford scored twice after providing the assist for a debut goal for Antony as United sealed a 3-1 win over the Gunners, moving to within three points of the top of the Premier League with their fourth win on the trot.

The 24-year-old endured a disappointing 2021-22 season where he lost his place in the England squad but has enjoyed a bright start to life under Erik ten Hag where he has been a growing influence going forward.

Keane, one of Rashford’s most vocal critics last season, lavished praise on his performance post-match, insisting the forward will ‘always cause problems’ having rediscovered some much-needed ‘hunger’ in his game.

Asked what the difference was in Rashford’s performance on Sunday, Keane told Sky Sports: ‘Hunger, desire, the skill levels, the decision-making, stretching teams.

‘He has had a full preseason with the club, different [from] last summer. Now he looks settled, he is happy in his mind set and when Marcus is at it, he is a handful.

‘You don’t want to play against him because he causes problems. When he stretches teams he is a good player.

‘Today, he was outstanding, it was an absolutely brilliant performances. And I have been tough on him the last year or two. He needs to be more consistent but today, fantastic.’

Mikel Arteta responded by making a number of attacking changes with Eddie Nketiah, Fabio Vieira and Emile Smith Rowe all thrown on with 15 minutes of the contest remaining.

But United struck on the counter attack again, with Fernandes freeing Christian Erksen who set Rashford up for a tap-in.

Sunday’s win is United’s fourth on the bounce after losing their opening two games of the season against Brighton and Brentford.