‘He’s just so unpredictable… he’s really tricky to play against’: Manchetser United’s Aaron Wan-Bissaka hails Marcus Rashford as he claims England striker has made him a better player

Aaron Wan-Bissaka insists pitting himself against Manchester United team-mate Marcus Rashford everyday in training has massively helped him develop as a defender.

Wan-Bissaka joined United from Crystal Palace in the summer in a £45million deal, and the right back has gone from strength-to-strength under Ole Gunnar Solskjaer.

The 22-year-old Englishman has been rightly lauded for his tackling ability and his ruthlessness in defence when in a one-on-one situation against opposition forwards. 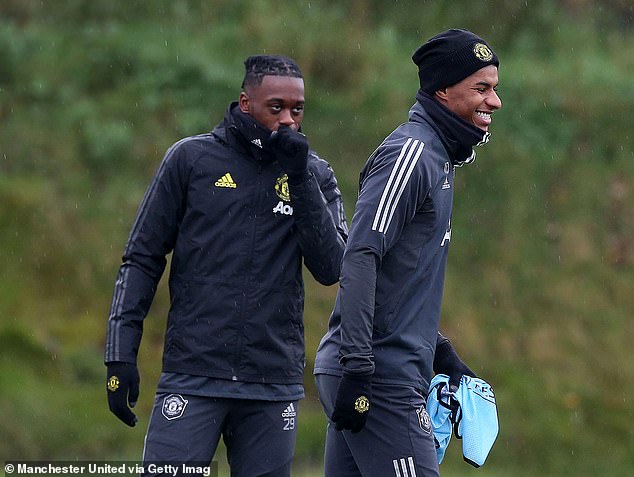 And Wan-Bissaka claims that coming up against United and England team-mate Rashford has certainly made him progress.

When asked in a Q&A session on United’s website, who the toughest opponent was in training, Wan-Bissaka replied: ‘I’d say Marcus.

‘He’s just so unpredictable. When I first joined United and came up against him in training, he was doing things that I just really didn’t expect.

‘I thought he’d go a certain way and he’d go the other way, or I thought he was about to do one thing and he did another, so he’s really tricky to play against. 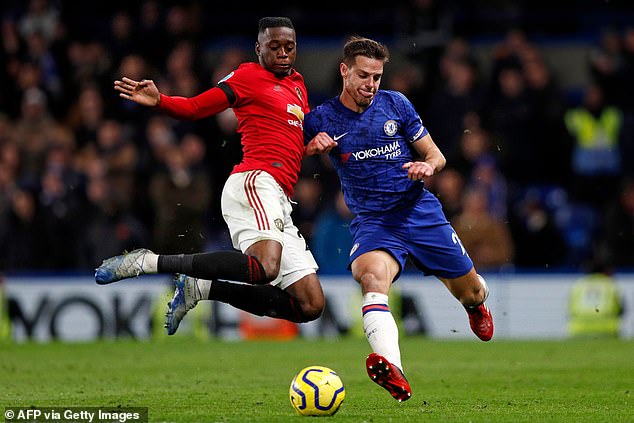 ‘I enjoy that though. It has been really good for my own development to test myself against him and the other attackers we have at the club.’

Wan-Bissaka has been a mainstay in defence for United this season, featuring a total of 34 times in all competitions.

He has nailed down his starting spot for his club, and he is set for a fascinating long-term battle with Liverpool’s Trent Alexander-Arnold to make the right back position his own for England. 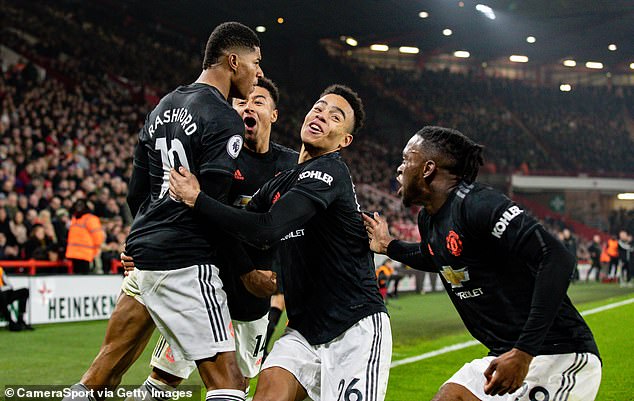