Crystal Palace boss Roy Hodgson admitted he’s ‘not that bothered’ about whether he is offered a new contract before his current deal expires at the end of the season.

The Eagles came from behind to beat Newcastle 2-1 at St James’ Park on Tuesday, leaving them 15 points clear of the bottom three.

Hodgson’s side now look set for another season in the top flight but the 73-year-old, who joined the club in 2017, cast doubt over whether he will still be in charge for the 2021-2022 campaign. 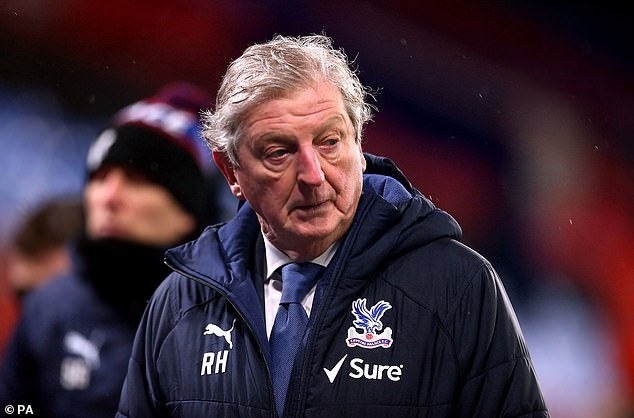 When asked about his future after the game, Hodgson said: ‘I’m not bothered about that. I’ll let whatever happens happen there.

Jonjo Shelvey had put the Magpies ahead in the second minute but goals from Joe Riedewald and Gary Cahill gave Palace a vital three points. 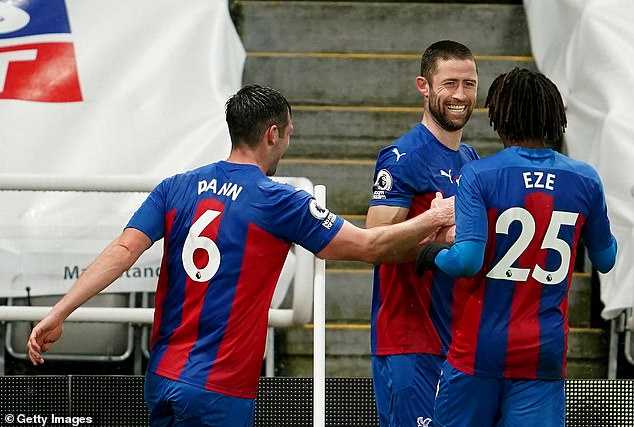 However, Hoodgson was left concerned at full-time after top goalscorer Wilfried Zaha was forced off with a suspected hamstring injury.

‘We’re having a lot of trouble, really hitting a bad patch when it comes to players picking up injuries,’ Hodgson added.

‘I’m rather hoping it won’t be a serious one because Wilf’s got tremendous powers of recovery.

‘To add him to the three players we lost at the weekend and the ones we lost in the past, it’s quite strange and the squad gets smaller and smaller.’ 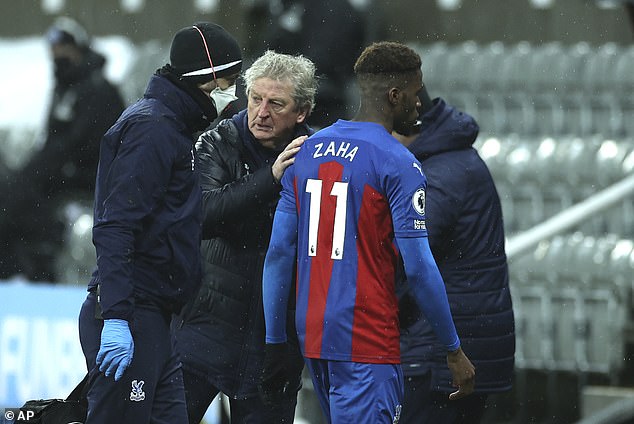