Roy Hodgson rounded on Watford supporters after his decision to take off popular midfielder Imran Louza was met with dissent.

Louza was replaced by Edo Kayembe, early in the second half of a 3-2 defeat against Arsenal, an eighth successive home defeat for the relegation-haunted Hornets in the Premier League. 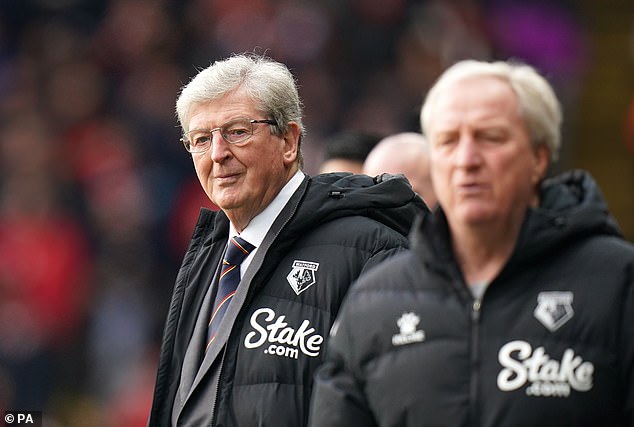 ‘I have got to carry on trying to pick teams to win games and not pick the team that the fans would like to see because I don’t trust their judgment, unfortunately.

‘My problem is that the ones that are not their favourites are the ones who are doing the best job for the team right now. I thought Imran looked a little bit tired today. I thought fresh legs could bring something to help us.

‘We don’t control the fans, and what they think, what they want, how much support they want to give, but I’d like to think they want to support us in our fight to stay in the league. I’ll keep believing they have same kind of faith I have in this team.’ 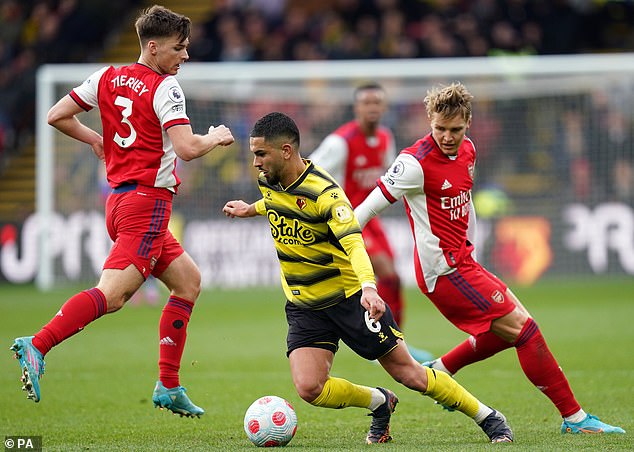 Watford have not taken a single point at home since they beat Manchester United in November. They have taken four points from away games at Aston Villa and United in recent weeks. Victories remain elusive at Vicarage Road.

Hodgson added: ‘Quite frankly we aren’t in a position at the moment to create 15 clear goal chances against Arsenal, and totally dominate the game against them because they’re a better team.

‘I thought we did very well. It’s nice to know the goals are there. Hopefully that gives us some confidence.’

Arteta owns up to "mistake" after secret Arsenal injury blow