Hoffenheim 0-2 Bayern Munich: Jamal Musiala and Eric Maxim Choupo-Moting strike as visitors close gap at the top to one point

Bayern Munich struck twice in the first half to ease past hosts Hoffenheim 2-0 on Saturday and move to within a point of leaders Union Berlin.

The German champions never had to hit top form against toothless Hoffenheim and Jamal Musiala put the visitors in front in the 18th minute after being left completely unmarked at the far post.

Eric Maxim Choupo-Moting doubled their lead in the 38th, turning the ball past keeper Oliver Baumann from a tight angle. 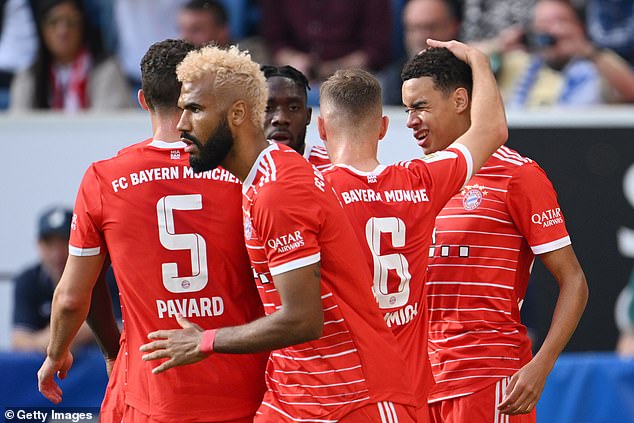 The Cameroon striker has now scored in Bayern’s last three matches in all competitions.

The hosts had Baumann to thank for keeping the score low in the first half.

Bayern are on 22 points in second place, one behind Union Berlin who travel to VfL Bochum on Sunday. 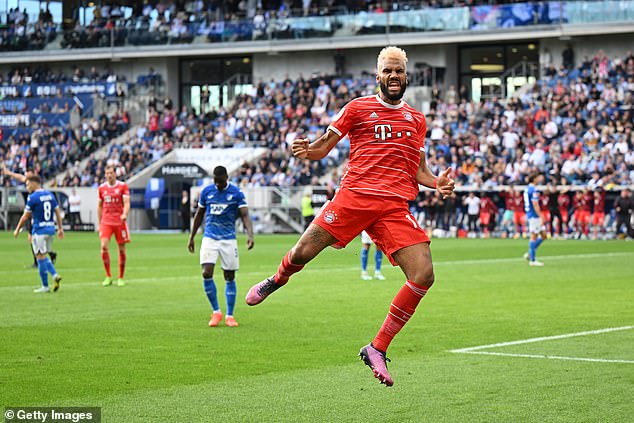