Holland coach Frank De Boer has backed Lyon forward Memphis Depay to improve during Euro 2020 after the player attracted some criticism for his performance in spite of his key contributions in the 2-0 victory over Austria.

Depay’s early penalty and Denzel Dumfries’ second goal of the tournament booked a spot in the knockout stages with a game to spare.

But Depay missed a glorious chance in the first-half and there was also criticism about his overall performance on Thursday night. 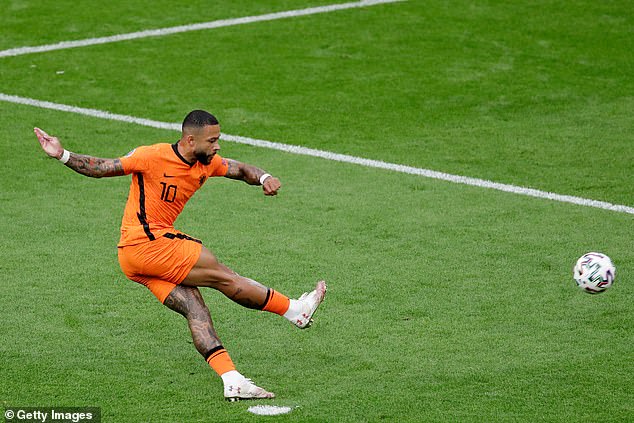 ‘Let’s consider that Memphis can make some more steps during the tournament and in the following matches where it’s really getting important then he will be the big man. I am full of confidence that he will do so,’ said De Boer.

‘At the end of the day, he scored the penalty and also gave a pre-assist.

‘Of course, he knows that he can perform better, but let’s go into the tournament easily and hopefully he can save his quality and can show it in the later stages of the tournament.’ 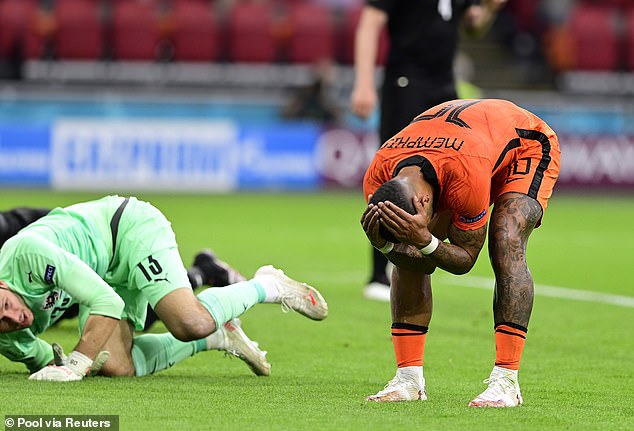 Frank De Boer is confident Holland have the ability to beat any team at Euro 2020 after securing top spot in Group C by comfortably defeating Austria 2-0.

‘I think there are still a lot of things we can improve and we showed some different qualities today,’ he told a press conference. 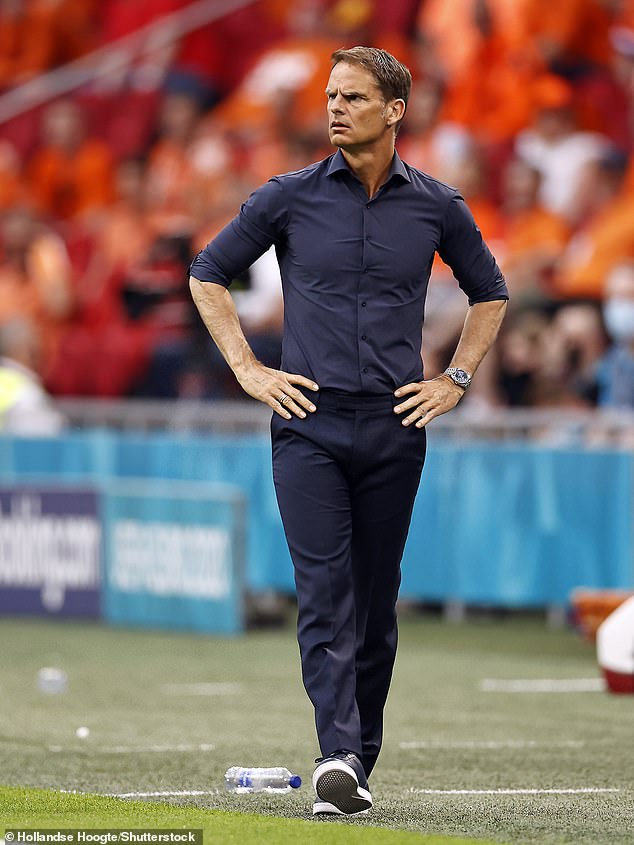 ‘Defensively we were much better than against Ukraine.

‘On the ball we could have done better today but overall it was a really decent performance today and that’s given me a lot confidence for the next games.

‘I don’t want to talk about favourites. We have to do our best and I know at our best we can beat everybody.

‘But I think other teams are thinking the same, so let’s go from game to game and then we will see where it ends.’