OLIVER HOLT: Southgate will have worked wonders if England get to the semi-finals of the World Cup and it is ARROGANT to expect any more with this squad at the tournament in Qatar

A few years ago, in the months after England lost to Iceland at Euro 2016, a strange thing happened to the country’s view of the national team.

We found ourselves in a strange and unaccustomed state, a place in which we really ought to have discovered shelter earlier. For a brief moment in time, we attained humility.

Bitter experiences at major tournaments, one after another, will do that to a nation eventually. For more than 20 years after Euro 96, England’s ceiling was the last eight. The quarter-finals were the good times. 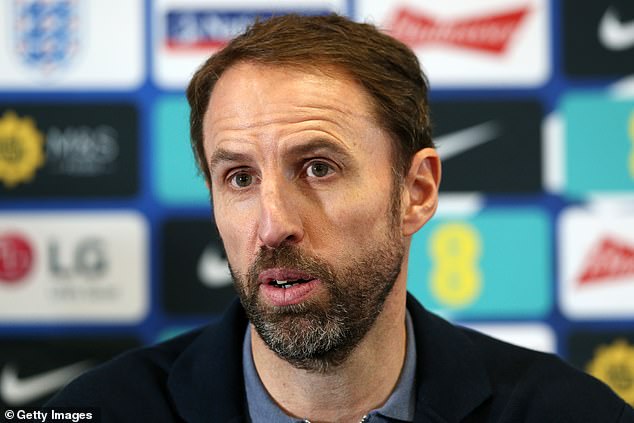 Losing to Iceland in Nice in the second round at Euro 2016, and the tepid, timid, frightened manner of the England display there, felt like a nadir. And it finally seemed to dial down expectations.

Thoughts of winning tournaments felt like exotic dreams rather than the birthright of a team said to represent the home of football. 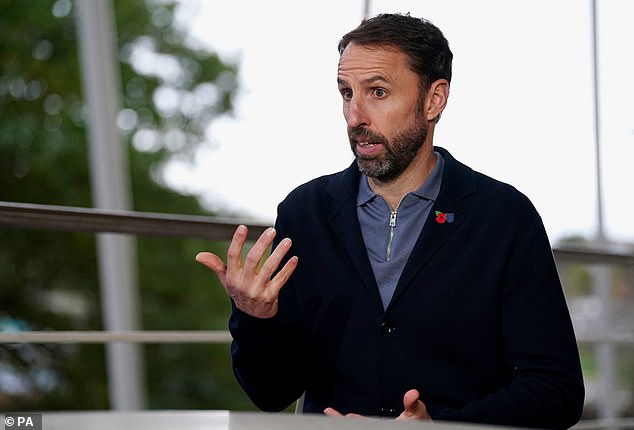 We joked about our chances at the 2018 World Cup. Most were agreed that getting to the second round would represent modest progress. We learned to be self-deprecating. We learned to stop assuming superiority.

We learned that other countries were actually really rather good. We accepted that many of them were light years ahead of us in their technical accomplishment.

Then Gareth Southgate went and ruined it all. That’s all he’s ever done. Ruined things. He took a young, raw, unfancied squad to Russia and led it to the semi-finals. And then in the next tournament, he led the England team, via knockout victories against Germany, Ukraine and Denmark, to the final of Euro 2020, where they lost, on penalties, to Italy. 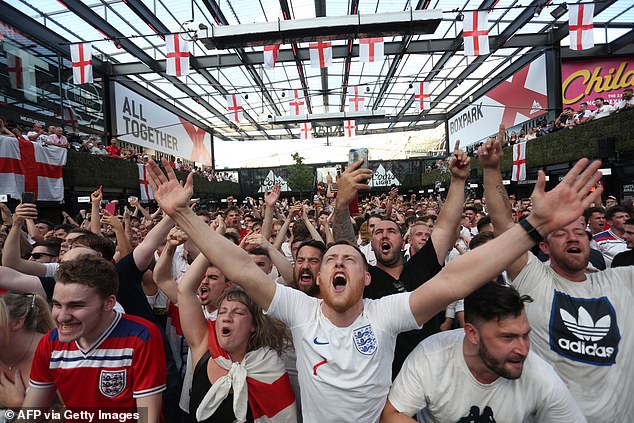 And in a puff of smoke, the humility disappeared. And entitlement had a spectacular renaissance. Now, the common belief appears to be that not only should England have won the World Cup in 2018 but we should have won the Euros last year, too.

Our players were that good, apparently. So good that it was only that idiot Southgate that cost us. If it had been anyone else in charge — Sven Goran Eriksson, Fabio Capello, anyone at all — we’d have walked it.

Both times. Without Southgate in charge, in fact, we’d be going for a third successive tournament victory in Qatar and we’d be the damn favourites, too. To hear a lot of the talk, reaching the final should be the minimum achievement with this set of players.

Never mind that two of our first-choice central defenders aren’t in the best starting XI at their clubs and the others might be seen as easy meat for the best attackers in the world. 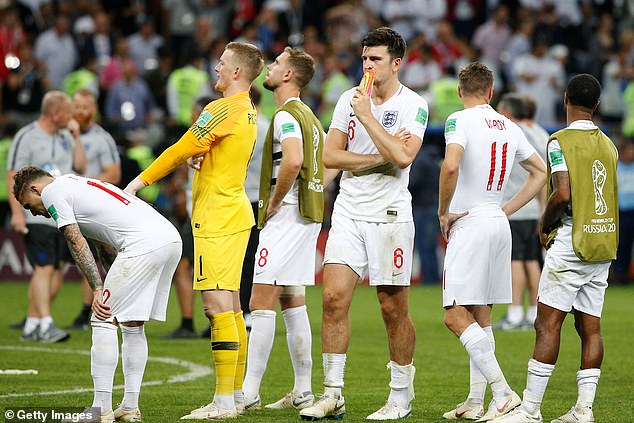 The idea that this World Cup — like the previous two major tournaments — would be ours for the taking were it not for the bloke in charge is an interesting hypothesis. I’m sorry if this sounds pessimistic but have you seen the Brazil squad?

Even the most negative predictions seem to centre on the assumption that England will make the quarter-finals, where they may face the reigning champions, France. That is based on the presumption that Southgate’s side get out of the group. And yes, logic and rationale suggest that is a fair assumption.

BUT the idea we should breeze past likely opponents Holland or Senegal in the second round, in particular, feels deeply flawed.

An England defeat by Senegal, one suspects, would be presented as the upset to end them all when the reality is that Senegal are the best team in Africa, the reigning Africa Cup of Nations champions, a tournament they won earlier this year, and beat Mo Salah’s Egypt in a play-off to reach Qatar 2022.

England-Senegal would be a 50-50 match, especially if Sadio Mane were to have recovered from injury by then. 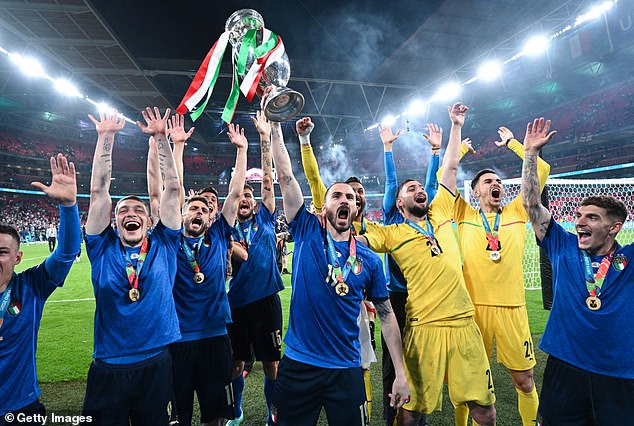 So would England v Holland, who have a squad so deep that their manager Louis van Gaal can’t find a place in it for Sven Botman, who is getting rave reviews for his performances for Newcastle United in the Premier League.

Getting to the semi-final or the final of a World Cup is never going to be a procession, although that is how many England fans seem to view it now that they have convinced themselves this is the best crop of players we have ever had and the only obstacle to triumph is Southgate and his caution.

And if this England team, a team high on talent going forward but desperately in need of protection at the back, get to the last four or beyond, it will mean Southgate has worked wonders again. It will mean he has over-achieved again.

There were few quibbles with the squad he named on Thursday. Many of us would have taken Ivan Toney ahead of Callum Wilson but the selection of James Maddison, whose participation is now in doubt because of the injury he sustained yesterday, gave a hint that Southgate might be considering a more expansive approach.

But those who will spend the next eight days urging Southgate to ‘take off the shackles’, ‘throw caution to the wind’ and ‘let the players play’ should save their breath. 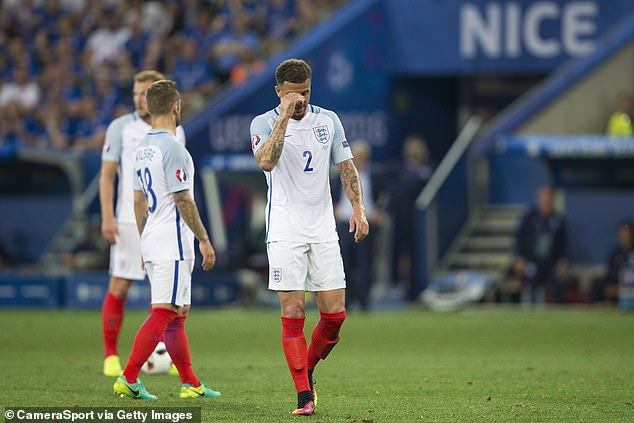 England’s defence is not good enough to be left unprotected by a gung-ho approach. Southgate can never say that in public but his tactics have proved he recognises it. Most people who know the game recognise it, too.

If anyone can get England to the latter stages of Qatar 2022, Southgate can. He has done it before, in Russia and at Euro 2020. He knows how to manage a team through a tournament.

He knows how to get the maximum out of the resources at his disposal. And if you think that’s easy, you’ve forgotten what it was like in the bad old days.

If you think England should saunter through to the last four and that anything else is an embarrassment, let me refer you to Charleroi and Bloemfontein and Sao Paulo and Nice, outposts of England’s tournament mediocrity, places which conjure images of self-loathing and under-achievement.

And let me invite you to remember the times when semi-finals and finals of major tournaments felt like pipe-dreams for England. Gareth Southgate changed that. 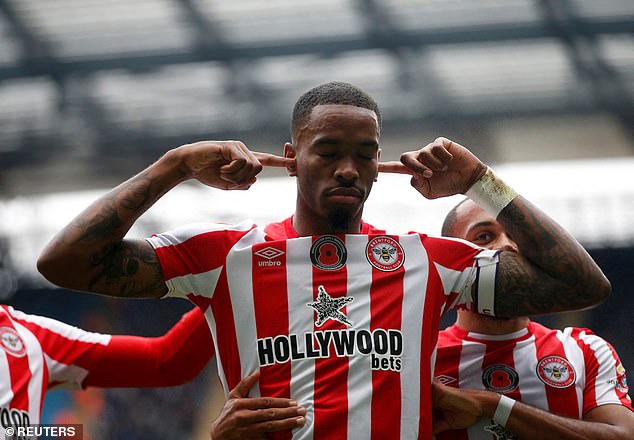 I paid my first visit to Montgomery Waters Meadow on Tuesday night. I had been to Gay Meadow 30 years ago and loved the old stadium by the banks of the River Severn but I had never made it to the home to which Shrewsbury Town moved in 2007.

It was my 82nd ground of the current 92 — I’m a stadium nerd — and the club and their supporters have done a good job of adding character to a ground that lacks architectural distinction. It was a decent game, too, the home side sharing a 1-1 draw with Oxford United.

My only quibble — and it is the quibble of a romantic, a traditionalist and an idealist — is the stadium name. I know money’s tight in the lower leagues and teams must take sponsorship money where they can but this is the fourth name the stadium has had since they moved from Gay Meadow, which kept the same name for 97 years.

The new stadium was initially called, informally, New Meadow, then the Prostar Stadium, then Greenhous Meadow and now Montgomery Waters Meadow. There are plenty worse things in football, but when a club change the name of their stadium as often as many clubs do these days, I do feel a part of their identity is lost.