Christopher Nkunku is reportedly back on the radar at Arsenal ahead of the summer transfer window with more incomings expected elsewhere. Express Sport takes a look at how Mikel Arteta’s starting XI on the first day of next season could look with Nkunku and three other possible arrivals.

Having backed Bernd Leno to the hill last summer – choosing him over Emiliano Martinez – Arteta is likely to stick with the German once again.

And other than a few mistakes here and there, Leno has been one of Arsenal’s most consistent performers this season.

His performances in goal have helped Arsenal keep a better defensive record than the likes of Liverpool and Everton.

And at 29 years of age, Leno remains in the prime of his career with his best years still to come. 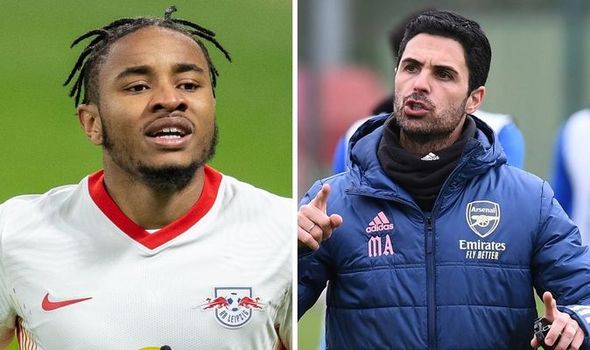 In defence is likely where there could be the most changes heading into next season.

David Luiz is once again out of contract with no indication that he will be offered an extension this time around while Hector Bellerin is being strongly linked with a move away from the Emirates.

Gabriel and Kieran Tierney are almost guaranteed starters now but that leaves two positions to fill.

Replacing Bellerin could be Real Betis full-back Emerson with recent reports in Spain suggesting that Arsenal are weighing up a bid.

And William Saliba could well come straight into the starting line-up as well next season after he returns from loan spell at Nice, where he has earned rave reviews for his performances. Technically not a new signing, but he may well feel like one given that he’s yet to make a first-team appearance.

Arteta has finally settled on his preferred midfield trio and will almost certainly want to keep them together next season.

Granit Xhaka has looked back to his best alongside Thomas Partey in the heart of Arsenal’s midfield.

But it’s in the No 10 role where Arsenal will be hoping to resolve this summer with discussions to be held on Martin Odegaard’s future. 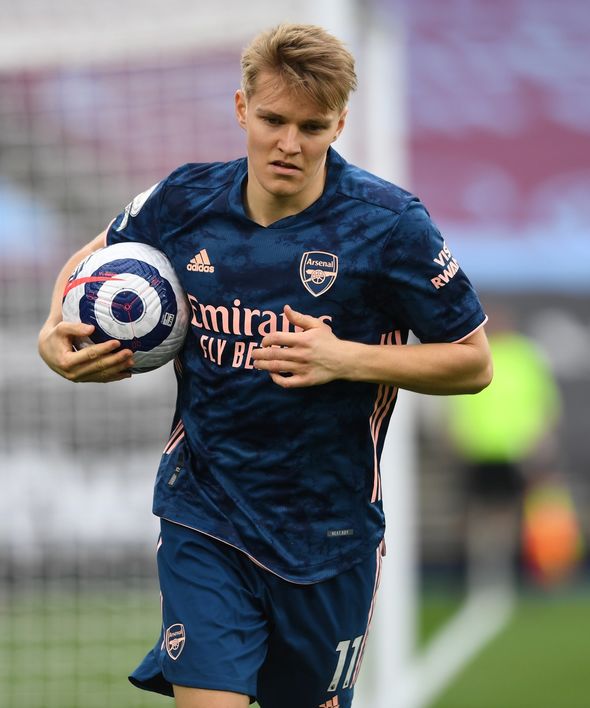 Arteta has opted to use Pierre-Emerick Aubameyang back through the middle in recent weeks and he’s finally begun to show glimpses of his best form.

Bukayo Saka should be one of the first names on the team sheet by the start of next season.

But Christopher Nkunku’s potential availability offers up a new dimension to Arsenal’s attack, due to his versality up front as well as dropping into midfield.