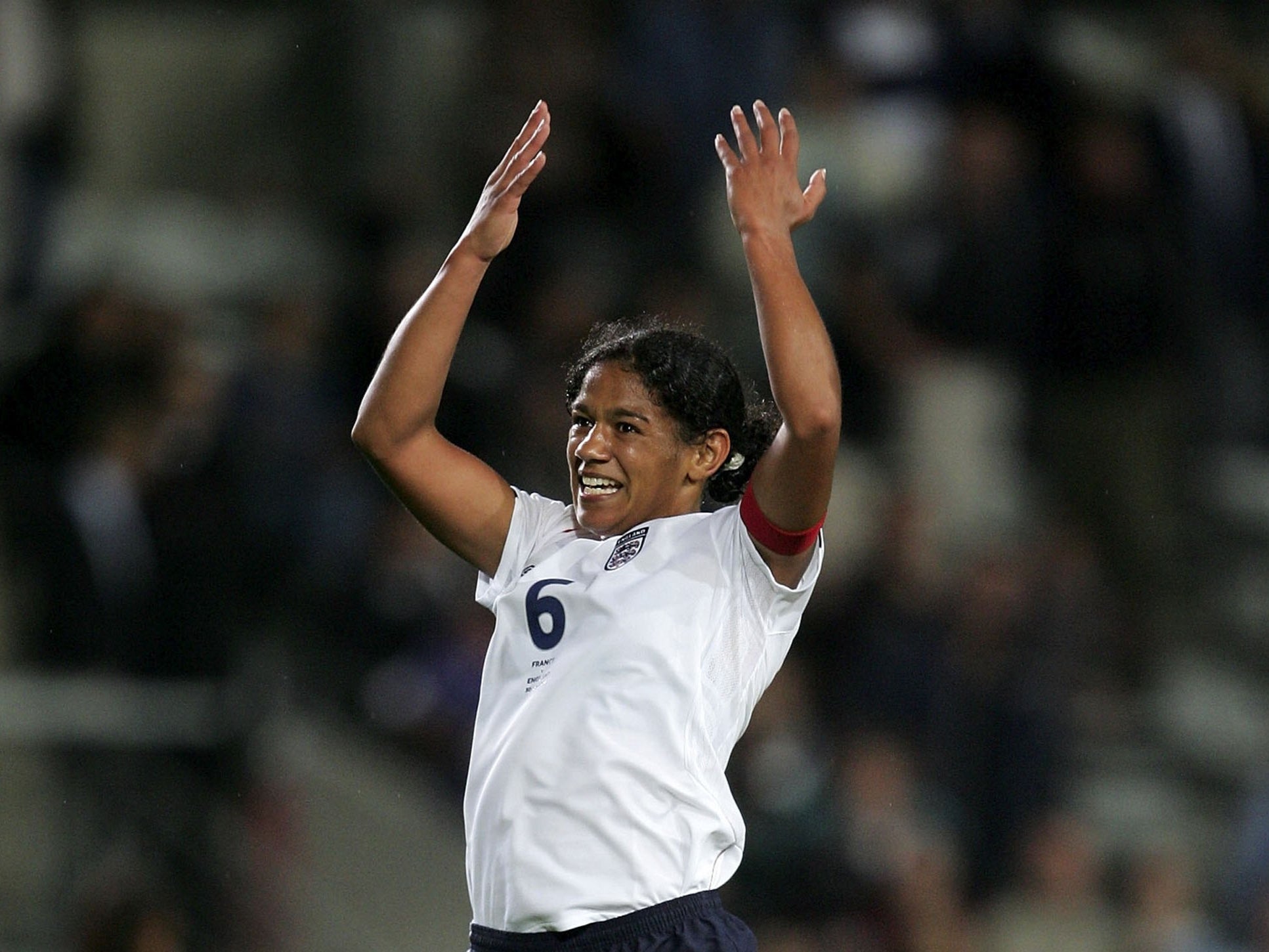 “A big tragedy that happened in the heart of Peckham where I was born and grown.

“It was crazy that in that short journey, walking around by the library, that tragedy happened and his life was taken from him.

“The young man he could have grown into was never able to be realised or recognised.”

Damilola knew he wanted to be a doctor. Young Phillip never dreamt she’d become a professional footballer, but from the moment she was asked to slot into centre-back for the Millwall Lionesses in the mid-1990s it was clear she was destined to be a defender—both on and off the pitch.

The 43-year-old has battled over three decades in the sport as a player and coach, fighting for her place on the field, tackling prejudice, and, more recently, combatting the progression of incurable illness.

The word ‘first’ marks Phillip’s biography like a persistent opponent, and in August she added another pioneering chapter. Winning the London FA Senior Trophy with Peckham Town FC, aka the Menace, Phillip became what many believe to be the first woman in English football to manage a senior men’s team to a cup victory.

It bothers Phillip that people use stories like Damilola’s to insult or avoid Peckham, and she’s determined to use her platform at the Menace to challenge stereotypes of the vibrant community she still calls home.

A 10m Black Lives Matter banner, unveiled by Damilola’s father Richard at the Menace ground last month in honour of the Hope 2020 campaign, serves as an everyday reminder of what Phillip and her step seven grassroots side stand for. 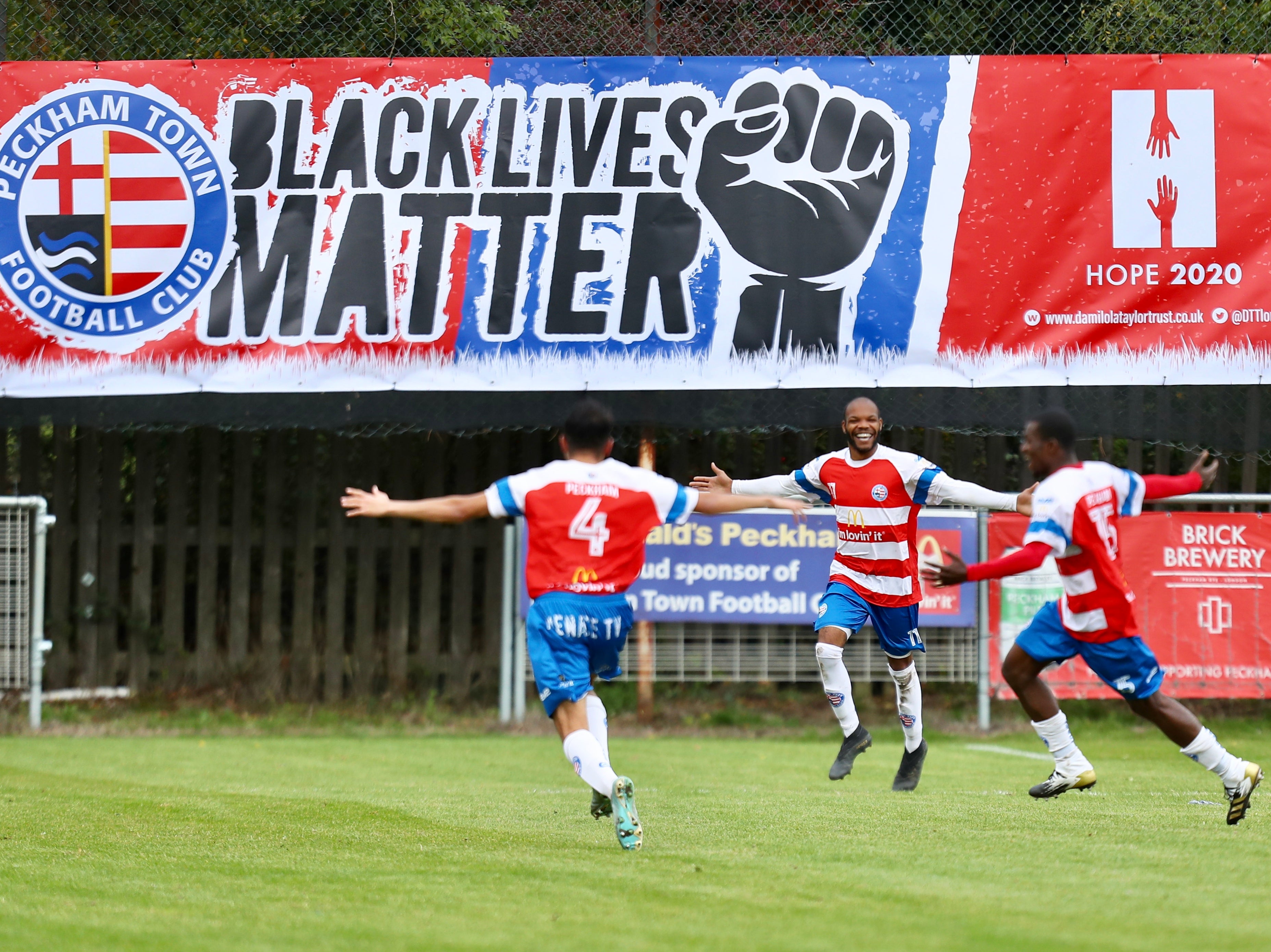 A Black Lives Matter banner is displayed at Peckham Town

“It’s not [just] one month of the year which is allocated to us,” she says. “It’s every single day that black history is a part of us, and it should be taught [year] round.

“So having that [banner] there, having the players see it, they can relate to it and it’s a talking point. And if you can get people talking and start recognising it promotes change. And that is what we need. We need change. And we want to be a part of that change.”

Phillip was told she’d never play for England if she had a child. She had one anyway, and was called up in 1995. The squad’s only mum heard the same thing before having her second son. She played for another eight years, sometimes weightlifting the boys during training.

From the age of 11, she says, her sons were routinely stopped and searched for vaguely fitting descriptions of tall black men. So for Phillip, Black Lives Matter is also deeply personal. She’s defending her children.

She says: “It angers [my sons]. For many black people it does anger you, what your great great-great-grandparents had to go through so you could be standing free today.

“It’s one thing I told them when they were younger, that you’ve got two big battles in your life. First, you’re black, and second you’re young men. And they didn’t understand [then] why I was telling them that.

“[I said] you’ve just got to step in the right footpath to reach where you’ve got to go. And it’s not going to be easy. You’re always going to have some kind of barrier to stop you from trying to achieve.” 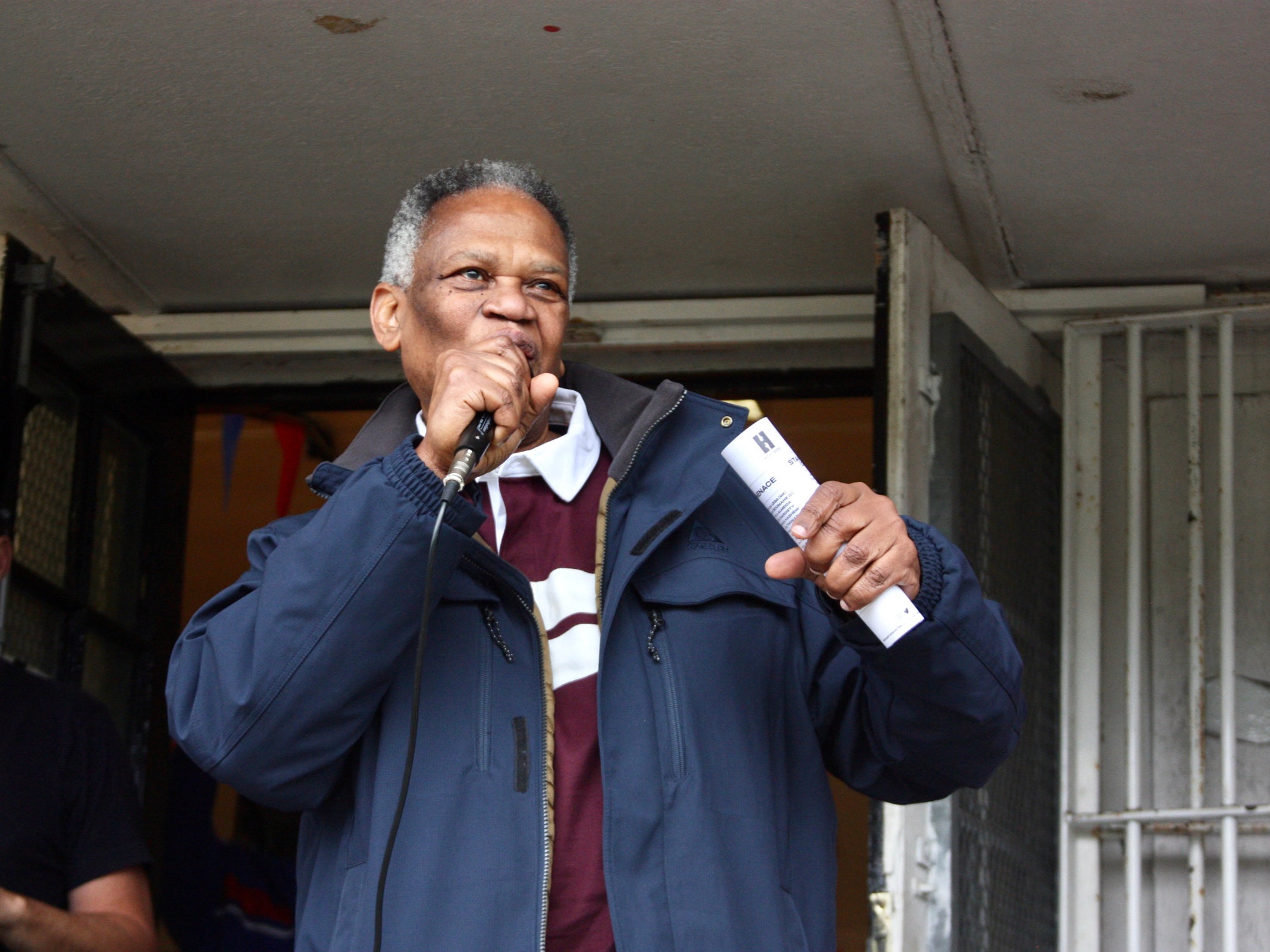 Richard Taylor, the father of Damilola, speaks at Peckham Town

Phillip firmly believes in the power of education to inspire understanding and create sustained change. She once dived down a research wormhole when a passing reference to Tsar Nicholas II piqued her interest in Russian history. In October, Phillip’s two daughters learned about their mum’s legacy after spotting her on Sky’s Lost Lionesses documentary while doing research for Black History Month.

“I was like, there you go!” Phillip says with just a hint of pride. “They were impressed with that.”

But does the FA Cup winner feel lost? A little, she admits, describing the FA’s 2009 decision to award central contracts to England’s women as a turning point.

She explains: “Behind that level people just…we kind of faded away into the background. But we’re probably the pioneers of how women’s football got to where it is. Because we were the players in the front line…[we were what was] needed to pull the money into the game.”

Phillip retired from playing in 2008, aged 31, and turned to coaching. She was thrilled when the Professional Footballers’ Association offered her the opportunity to earn her A license in 2016.

But soon everything crashed to a halt. Phillip was hospitalised for a week in 2017 following months of vision problems and unexplained illness. Doctors then delivered the devastating news: she had Multiple Sclerosis. 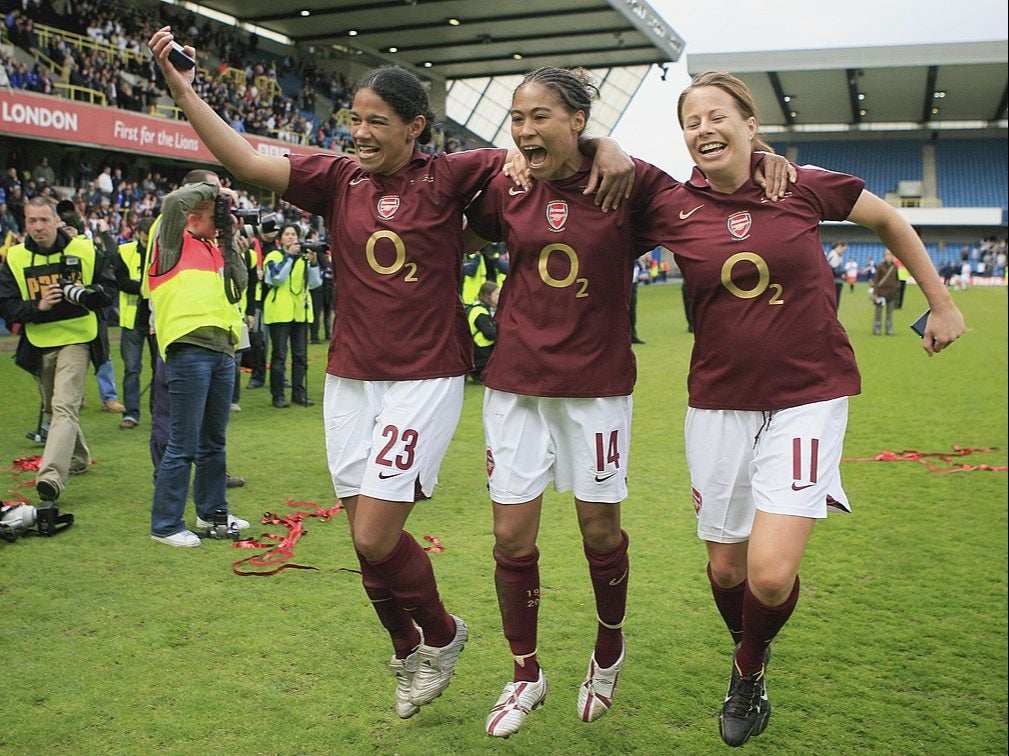 Recalled Phillip: “I’ve had a football career. Apart from little illnesses I’ve never had anything big. I’ve had nothing stop me in the way that this stopped me. It affected the whole right side of my body. And I was just stuck.

“It took a few months to recover, but it took a good year to come to terms from it and talk freely about it now. At the time it threw me big time, and it took a lot from me.”

Phillip completed her A license and is receiving drug treatment to slow the disease. She hasn’t had a major relapse, so, like with her unexpected and unprecedented football career, she’s doing her best to roll with things as they come.

Her positive attitude echoes the ethos she tries to impart on the Menace: “For us to move on, [we need] to accept each other for our differences and move forward.”

For the natural defender, who has always refused to be relegated, the illness is just one more pressing attack from life’s front line.

She says: “Until I get to a point where it stops me in my footsteps and literally refuses to let me do anything, I’m going to keep going as much as I can.

“I want to keep proving to myself that I can do things.