Morgan is a surname synonymous with fairytales in the city of Leicester, after Wes captained the men’s team to the Premier League title in 2016.

But Leicester City Women have an odds-defying Morgan of their own — a whole family of them, in fact — spearheading a remarkable ascent to the elite alongside former England striker Emile Heskey.

Jonathan Morgan took charge of the team in the fourth tier in 2013 and, now, the club have completed their rise to the riches of the Women’s Super League and its fresh £24million Sky TV deal. One of Morgan’s sisters, Holly, is the club captain, the other, Jade, is the general manager and their father, Rohan, is the chairman. 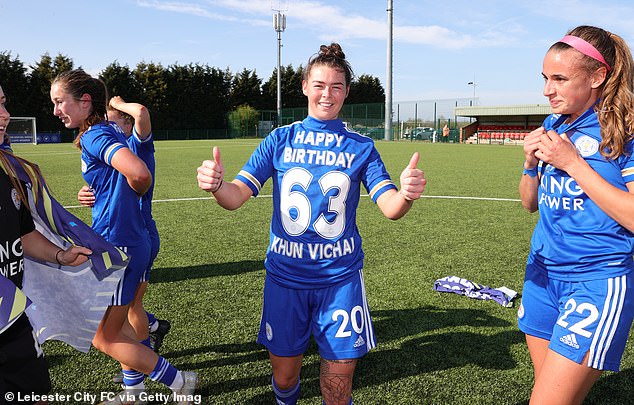 ‘I came on board when my dad just needed help,’ Jonathan tells Sportsmail. ‘Holly had been there since she was 10, we just wanted to carry it on. It was at the point where it needed someone to take over or the club wouldn’t have been a thing.

‘Back then we trained in car parks, got changed in tin sheds, the grass was never cut for us. Training sessions were cancelled because we didn’t have enough players. But as it’s gone on, we’ve raised through the leagues with the same DNA. Leicester is a family club with a youth policy.’

That has been key to taking the next step — promotion to the WSL — as has the guiding hand of former Leicester, Liverpool and Aston Villa star Heskey, who originally was in an ambassadorial role.

‘Luckily enough, Jonno allowed me to do some coaching, it’s been fascinating,’ says Heskey. ‘We come up with the philosophy and strategies and, nine times out of 10, it has worked this season.’

Make that 17 times out of 18 — the club have only lost one match in the league this season. So how can Heskey use his experience, 111 Premier League goals, 62 England caps, to help coach this talented group of players?

He added: ‘I love being able to give back to football, in any way I can. I look to show some of the stuff I honed my skills on, or help them in every-day life. It’s the same principles coaching women to men. I used to take part in training with them but I’ve stepped out now because I don’t want to be embarrassed any more!’

With the league in the bag, Morgan and Heskey turned their attention to the FA Cup yesterday, hosting Liverpool in the fourth round.

Liverpool are an interesting comparison for Leicester. WSL winners in 2013 and 2014, the club were relegated last season to the second tier and off-the-pitch issues have hurt the team this term. 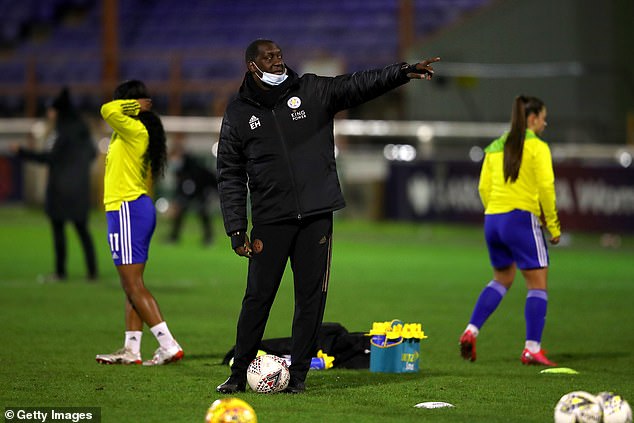 Boss Vicky Jepson left in January with little explanation, five days before their last league clash with Leicester. The Foxes were the better team in the match yesterday but struggled to break down a stubborn Liverpool. Sophie Morgan hit the bar early on and Natasha Flint squandered a string of chances.

But after being so solid at the back, Liverpool finally caved in on 72 minutes when Flint robbed goalkeeper Rachael Laws in possession and Hannah Cain slotted into an empty net. It gives Leicester a chance to test their mettle against top opposition in the next round, with a tie at Manchester United.

They will not make any sweeping conclusions based on that match but it should give them a realistic idea of where they are at. Asked about their goal for the next few seasons, Morgan adds: ‘We think we can go all the way. From the moment I took over, I just wanted to win.

‘We’re going to go to the WSL to win, we’re not there to make up the numbers. We won’t play a defensive style, we will play our attacking football. Just the opportunity to compete among the best is great.

‘Now we’ve got Sky involved it’s great to get our profiles out there more. We have our own five-year plan where we want to consolidate first and then to compete at the top level and get into Europe.’