Arsenal: Arteta opens up on tactical switch in defeat

Arsenal are 2-1 down after losing the first leg of their Villarreal Europa League tie in Spain. Two first-half goals sunk the Gunners but a penalty from Nicolas Pepe after the break has given them hope.

Mikel Arteta could utilise Unai Emery’s biggest mistake against him when Arsenal face Villarreal next week.

The Gunners must come from behind at the Emirates next Thursday if they want to make it to the Europa League final.

Manu Tigueros and Raul Albiol gave Villarreal a two-goal lead as Dani Ceballos was sent off before Pepe scored from the penalty spot.

It gives Arsenal a vital away goal to take back home but Arteta still has his work cut out to beat his Arsenal predecessor. 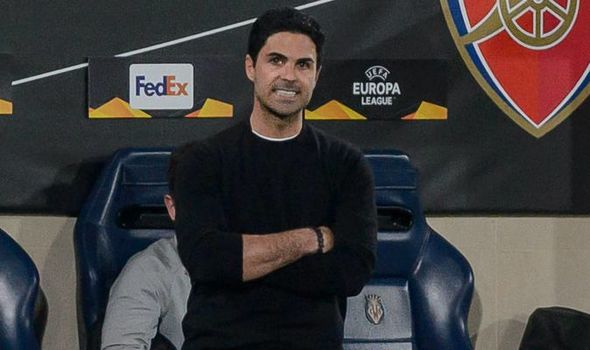 However, the former Manchester City assistant can take heart from the fact that there is history of Emery’s mistakes.

Back in 2019, Arsenal reached the Europa League final with him in charge where they met Chelsea.

The Blues were rampant on the night, putting four past them as they claimed their third European title.

Maurizio Sarri was in the dugout at the Stamford Bridge side at the time and fielded a 4-3-3 formation with Jorginho as a deep-lying playmaker.

A second-half demolition lasting 23 minutes saw Bernd Leno ship four goals as the three forwards all got on the scoresheet, Hazard grabbing two.

Arteta’s line-up on Thursday night was bizarre to say the least – Emile Smith Rowe played in a 4-2-3-1 system.

It did not work at all and the Gunners actually looked better when Ceballos was sent off in a match that also saw former Spurs midfielder Etienne Capoue given a red card. 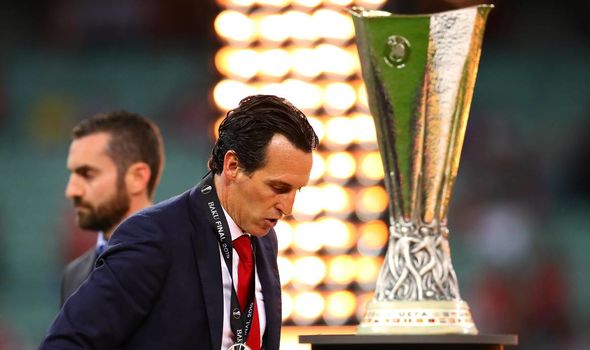 Getting Pierre-Emerick Aubameyang back into the starting line-up is pivotal but Arteta should take note from Sarri’s system back in 2019.

Bukayo Saka and Martin Odegaard could form a three-man attack with the Gabon international to strike at Emery’s weaknesses.

One problem is that this competition seems to be a specialty for the Basque coach – who won it three times in a row with Sevilla.

But Arteta has the necessary talent to overcome the 2-1 defeat – however, does he have the tactical nous?