Manchester City have made a mess of their best chance of winning the Champions League, and Pep Guardiola should put his hands up and say he got it wrong.

City weren’t up against a powerhouse like Bayern Munich in Saturday’s quarter-final, they were only playing Lyon.

Yes, the French side were well-organised but they are not a great team – yet Guardiola treated them as if they were, and paid the price.

When they have faced much higher-quality opposition in the Premier League, Guardiola has still picked his normal team in their regular system and gone on the attack – ‘the City way’, as I would call it.

So, why did he change to an unfamiliar formation to match up with Lyon’s shape and leave the players that would have caused them problems on the bench? I spent most of the game trying to work it out. 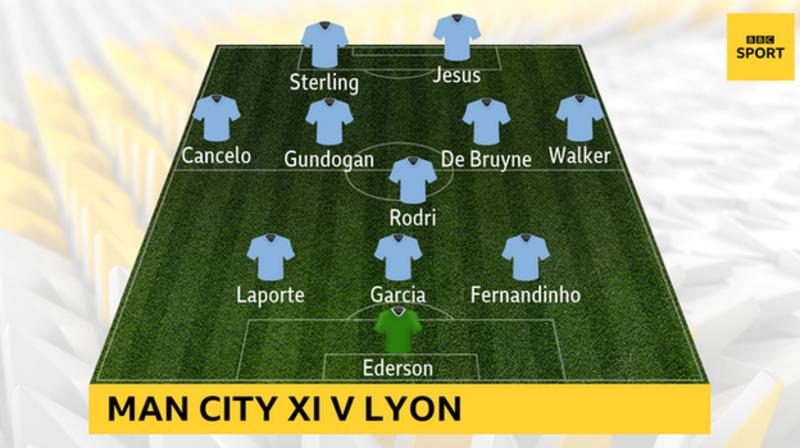 When he was asked about his tactics afterwards, Guardiola said that it was because he did not want to leave his defenders in two-on-two situations with Lyon’s fast forwards, Memphis Depay and Karl Toko Ekambi.

But City played with three at the back, plus two defensive-minded midfielders in Rodri and Ilkay Gundogan, and Lyon still got in behind them.

If you play a high line at the back, and you allow yourself to be caught square – like City were for Lyon’s first two goals – then that ball over the top will always be on.

What made things worse is that, because Guardiola left out his playmakers, they were not able to control midfield like they would usually do, or regularly open Lyon up.

He is a brilliant coach and usually his teams are exciting to watch, but for some reason he went the opposite way in Lisbon, with a very conservative selection.

It was a very strange set-up and I was even more surprised that Guardiola took so long to change things, because it was clear from the start that it was not working.

A slow tempo and the wrong shape 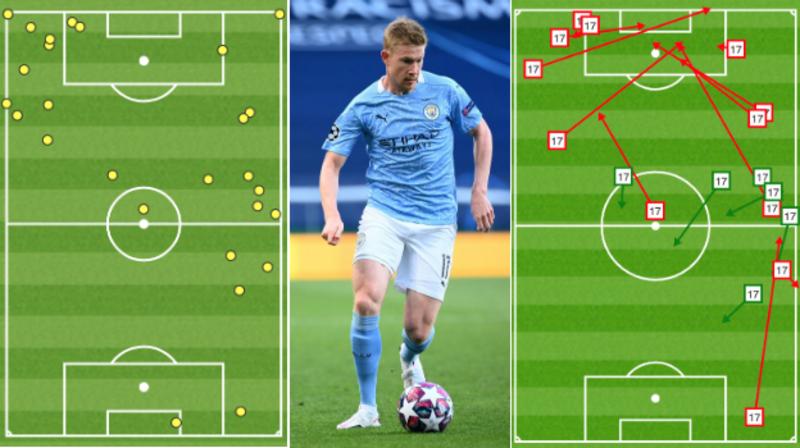 As soon as we got the team sheets and saw the City team, I thought Guardiola was paying Lyon too much respect.

City have got so many attacking players who Lyon would have feared, but most of them were sitting in the dug-out.

We were not sure of Guardiola’s formation until the game started but when we saw how they were set up, I did not agree with them going with three at the back, let alone with extra cover in front.

We know City are vulnerable defensively against teams who counter-attack with pace but we also know how effective they are when they go at teams – when they pin you back and move the ball so quickly.

That was not happening in the first half. Instead they played at a very slow tempo that was nothing like the way they harassed Real Madrid last week. That suited Lyon and let them keep their shape, and they looked very comfortable most of the time. 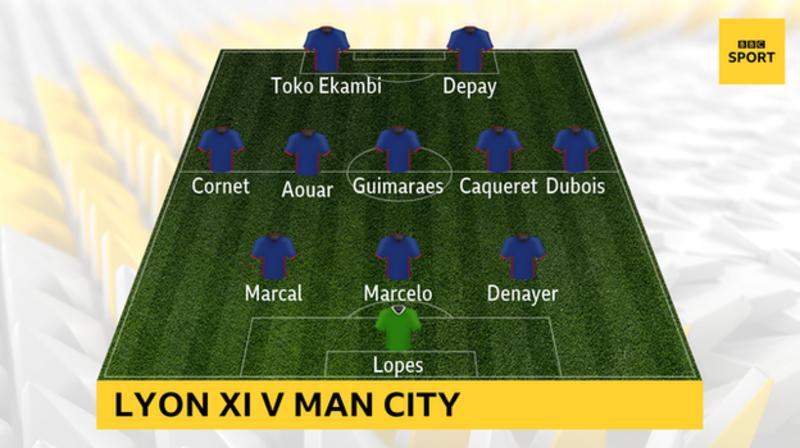 City’s usual 4-3-3 system would have left Lyon with four attack-minded players to contend with in midfield and on the flanks, as well as Gabriel Jesus. Instead, they had only two – Raheem Sterling and Kevin de Bruyne – and it was left to them to try to open Lyon up.

Sterling did well at getting away from Jason Denayer but De Bruyne was subdued for most of the first half because Lyon had no other distractions in midfield – they knew Ilkay Gundogan and Rodri were not going to hurt them with their passing or run beyond them – so they could concentrate on limiting the Belgian’s space.

For most of the first half, De Bruyne was forced out wide on the right and City were struggling to get him on the ball in areas where he could create anything. Whenever he did, there was someone close to him, and it was only when he switched wings with Sterling that he found a bit more room.

I just don’t understand why Pep did not make any changes until the 55th minute, when Riyad Mahrez came on for Fernandinho, because it was obvious after about 15 minutes that City were not going to make many chances with the team that started the game.

De Bruyne came into the game far more once Mahrez was on the pitch and they switched to a 4-3-3 shape, and yet again he showed his quality with his goal, but City needed more players like him, who could open doors.

Instead Guardiola waited, and waited. He only made one other substitution, when David Silva replaced Rodri with six minutes left. I am sure he will have his reasons, but it was bizarre to watch.

A terrible result for City 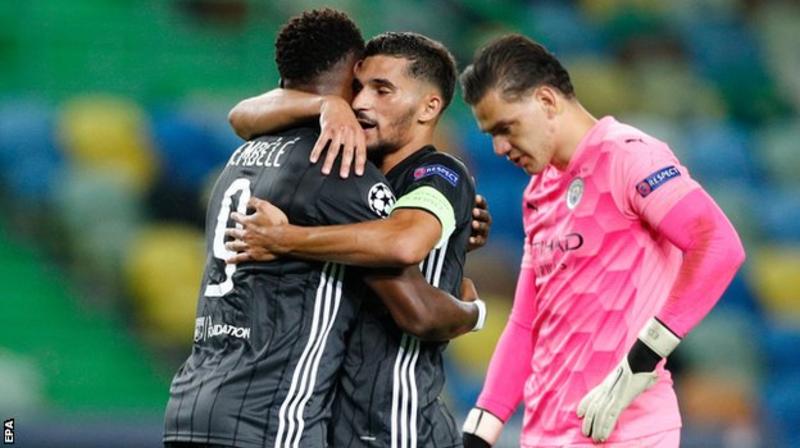 Lyon were disciplined, worked extremely hard and took their chances, but they are an average side and to lose 3-1 to them is a terrible result for City.

All of the goals City conceded were awful. The first one is just from a ball over the top, and the second one was a gift, when it looked like City were starting to get a bit of control of the game at 1-1.

The video assistant referee had a close look at it before it was allowed to stand but I don’t think it was a foul either. If you look at the run Moussa Dembele makes when he trips Aymeric Laporte, then they just crossed each other’s paths.

It was completely accidental and, anyway, it was all avoidable for City. When you watch it again, Eric Garcia steps up into midfield when all he had to do was back-pedal a few yards to prevent it even being a chance.

That was a poor goal to give away, and so was the one that finished City off before the end.

It was not even a shot from Houssem Aouar that Ederson fumbled to allow Dembele to score again, it was more like a back-pass, but Lyon had run through three on three in any case.

Yes, Sterling had missed that glorious chance to equalise seconds earlier but that is not the reason City are out of Europe.

They lost because their game plan was wrong and their performance was not good enough. At the end, I was left thinking City have got so many talented players – why didn’t Pep use them?