UK and continental newspapers covered the proposed new European Super League on their front pages on Tuesday in a chorus of condemnation.

Italy’s Tutto Sport simply splashed the word “No!” on its cover, while British media led on the government’s and Prince William’s opposition to the plan.

The controversy also dominated back pages and regional newspapers in the UK. The Manchester Evening News lambasted the two giants of its city, telling them: “Shame on you.”

The Guardian called the scheme “a cynical power grab by owners who don’t care”, while the Liverpool Echo asked what Liverpool FC’s legendary manager Bill Shankly would have made of it.

The Independent reported how ministers had promised to block the new competition, including with a threat to remove police from Premier League grounds.

While Italy’s La Repubblica kept things more or less neutral on its front page – “Europe at war over football” – sport-focussed papers came down hard on the big clubs’ plan to break away.

In France, L’Equipe led with the headline, “We are the champions”, noting Paris Saint Germain’s and Bayern Munich’s decision to stay away from the Super League.

Spain’s Diario AS splashed the words “Football is breaking” over an image of a crumbling pitch while El Mundo’s cover noted the opposition of several European governments to the scheme. 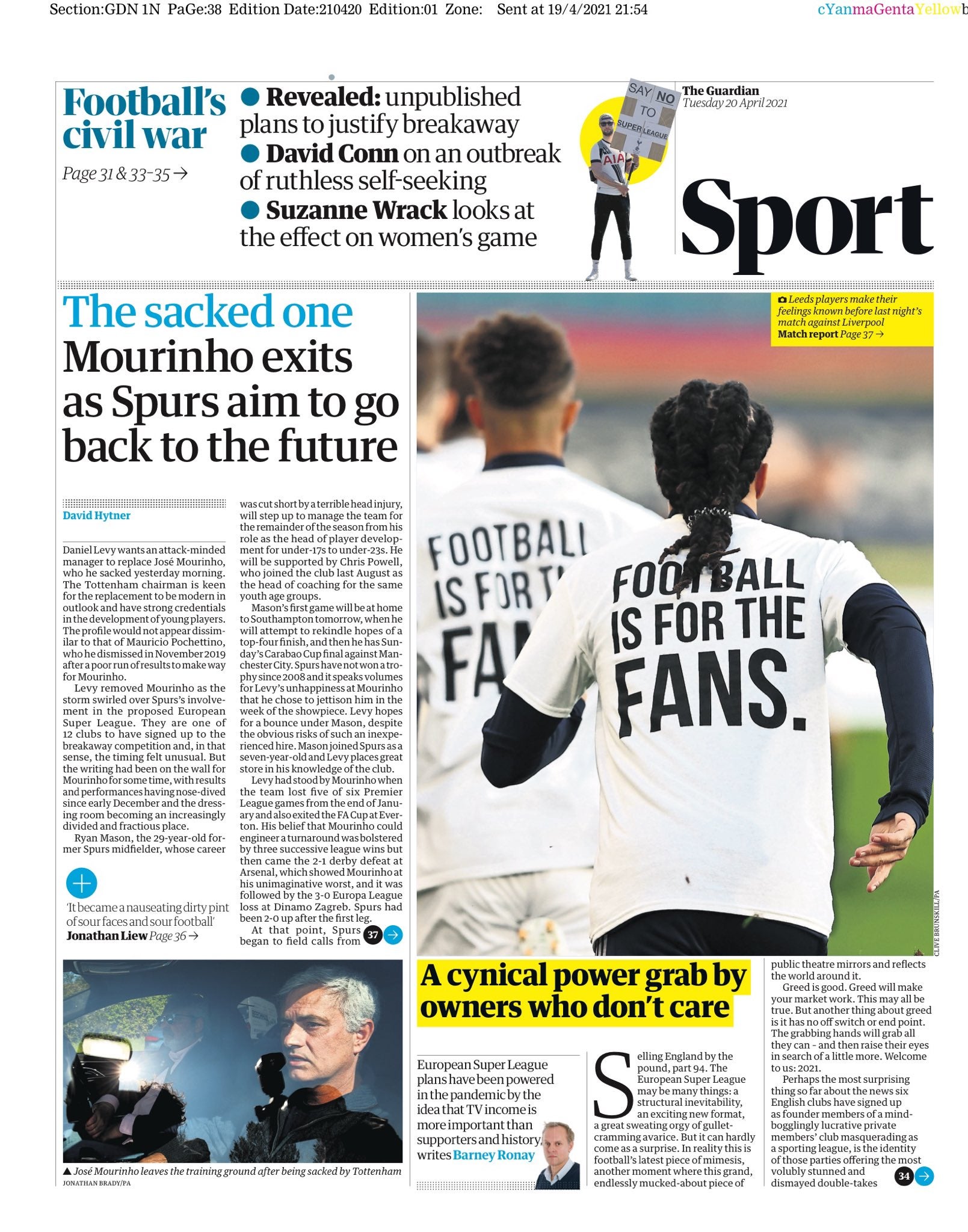 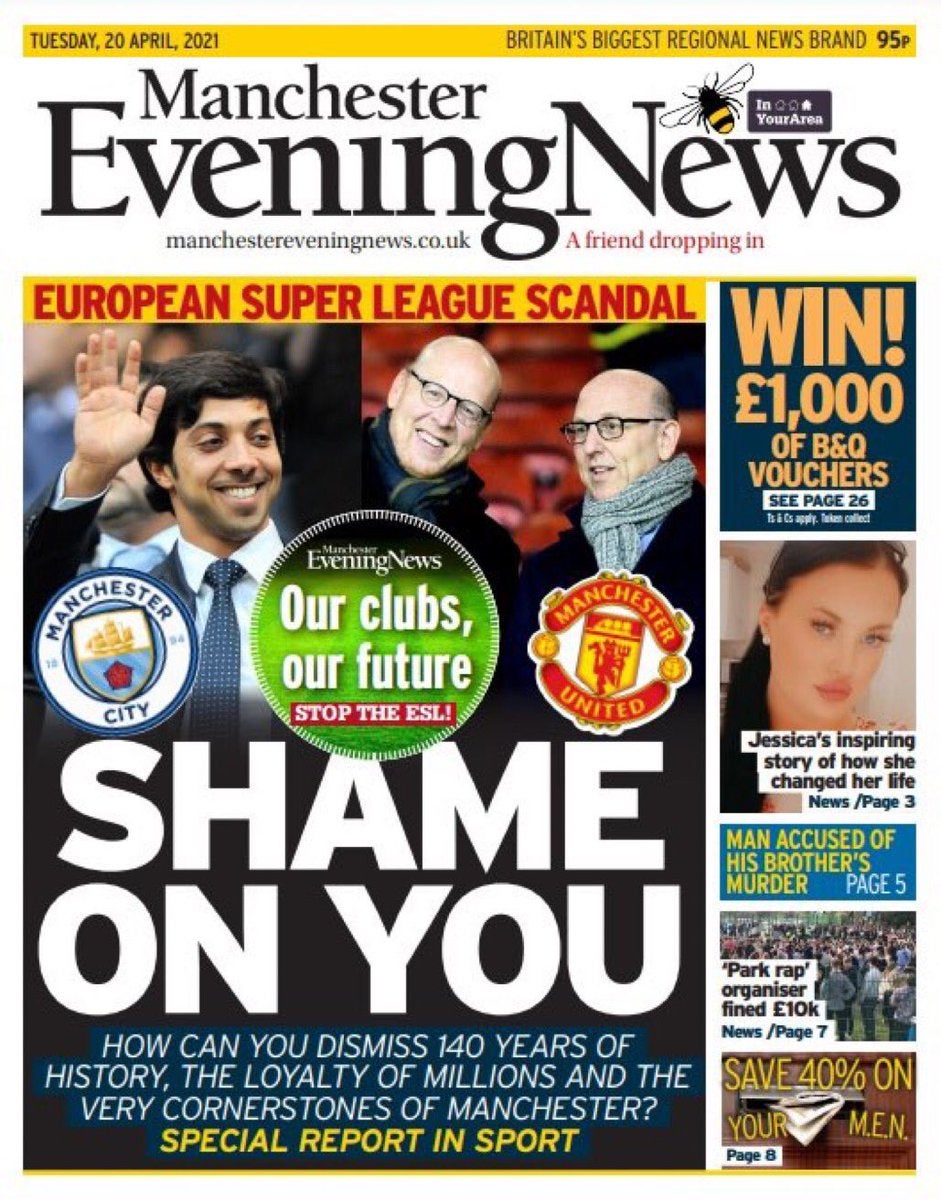 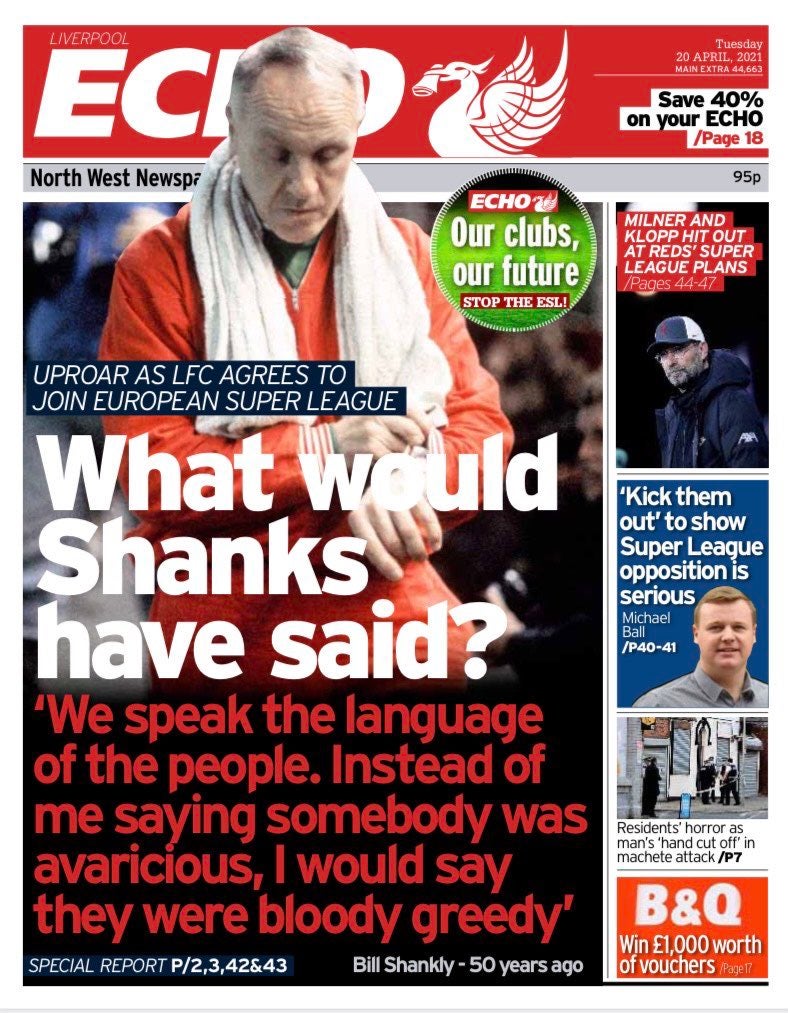 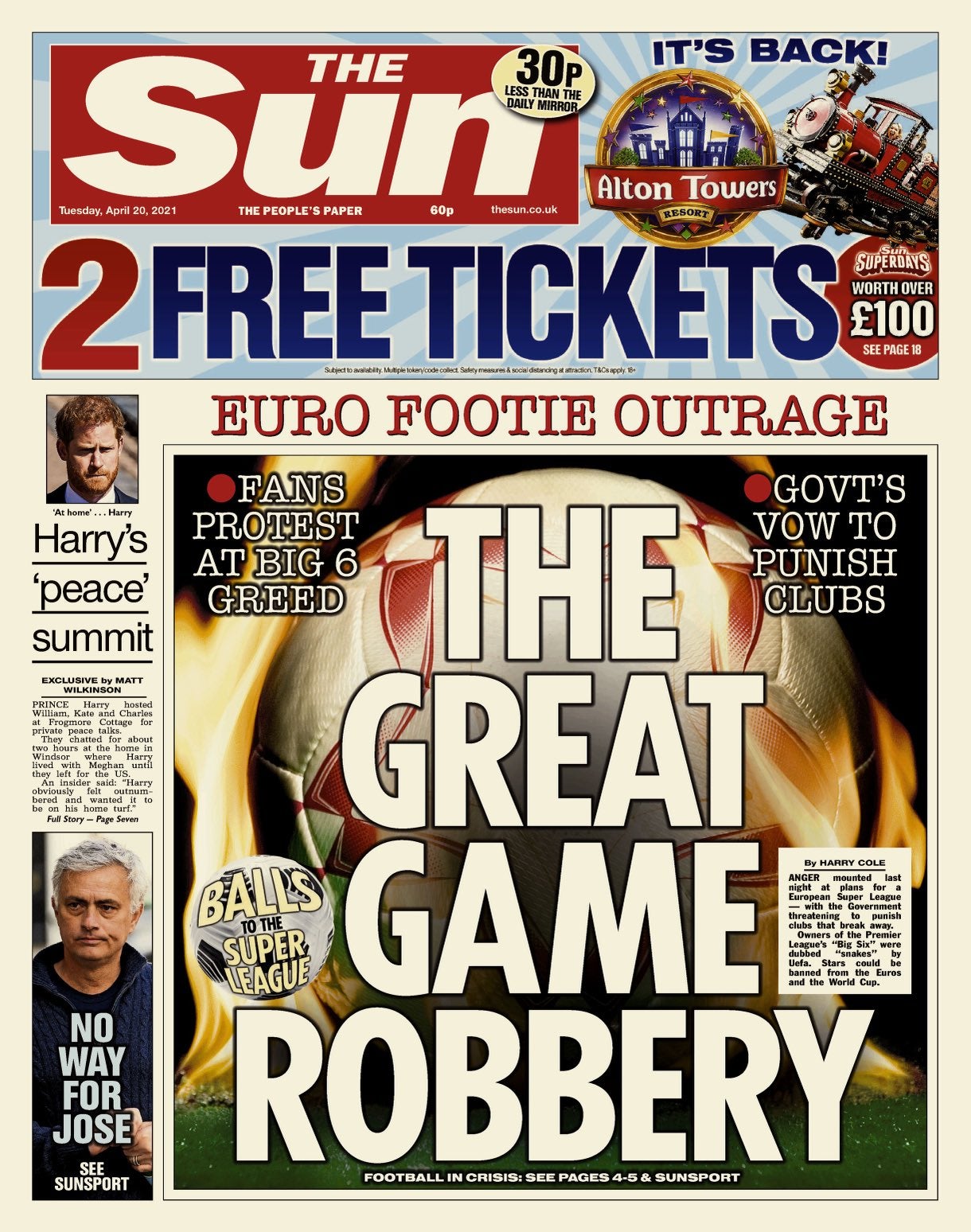 The UK’s tabloids were united in opposition to the Super League, with the Daily Star asking: “Can we have our football back please, mister?”

The Daily Express summarised Uefa’s reaction to the announcement that 12 big clubs wanted their own, anti-competitive league on its back page, which read: “You spat in our faces. We’ll hit back hard.”