Former West Ham striker Carlton Cole has revealed how he was pranked into taking viagra by fellow England attackers Jermain Defoe, Wayne Rooney and Shaun Wright-Phillips before a training session.

The 36-year-old only made seven appearances for his country but that did not stop his team-mate subjecting him to brutal jokes.

Cole believed he was being given a vitamin tablet before heading out onto the grass to practice in preparation for the friendly clash against Holland in 2009.

But when the pill kicked in he found himself in an uncomfortable situation.

Cole told his Footballers Guide to Football podcast: “The stonker was there. I wasn’t sexually aroused but it was just there.

“I was the quickest person around that pitch — I had three legs.” 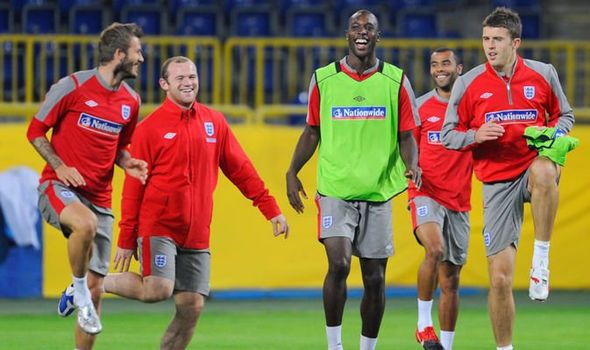 Defoe was a guest on the podcast and he added: “I had erased that from my memory — you’re bringing back bad memories.”

Then-England manager Fabio Capello never found out about the misdemeanour.

And Rangers star Defoe explained why and how they executed the plan.

“Carlton was always smiley, happy and that, so we just thought, if you are going to get anyone, who would take it?” Defoe said.

“He just took it because he was thinking, ‘Oh yeah, vitamins, good for my body’.

“I was in stitches. It was the funniest thing. When we told him after… his face!

“And there’s nothing he could do. I thought, ‘You’re going to have to deal with this for a few hours, my friend’. Oh my God.”

Cole is now part of the academy coaching set up at West Ham where he is trying to bring through the next Premier League stars.

“I’ve had to re-educate myself a little bit,” he told Football Fan Cast.

“The way I was coached is different to what I’m coaching now. The times and mood change in football, so you have to adapt. 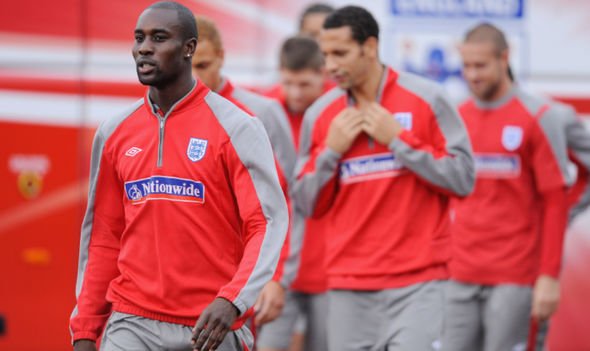 “Obviously the basic stuff like shooting across the goal incase the ‘keeper parries it out for a teammate to tap in, that still gets coached.

“But now, these kids know about all of that from a very young age because they’re being taught it already, probably by YouTube!

“I’m still learning – my partner Gerard Prenderville is such a top coach and I’m learning a lot from him. Mark Phillips and Jack Collison are there as well. When I started I didn’t really know what I was doing, I didn’t know how to get my message across to the kids, but they’ve all taken me under their wings and really helped me.

“Seeing what you’ve learned in the past and then trying to implement that into your coaching style is two very different monsters, you can’t really comprehend how different it is. You’ve got to learn about people skills, learn how to help a youth who is struggling or even as a team, talking to a whole bunch of boys who are pinning all of their hopes on your every word.

“When you’ve got responsibility for someone else’s kids, it’s totally a different ballgame. And these kids are waiting to make it, they want it, and they’re not stupid. If you’re not talking sense, they won’t take you seriously, no matter how respected you are in the game. If you can’t help them make it, they don’t want to know about you.”

Semedo crucial to Barcelona's chase of Neymar, Martinez or Cancelo