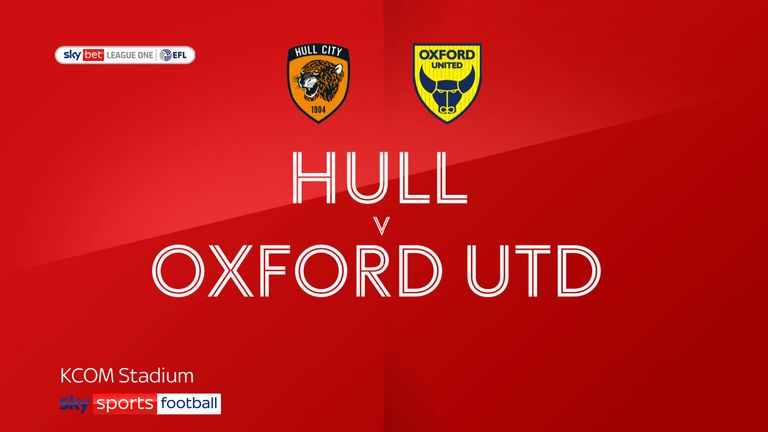 Hull strengthened their position at the top of Sky Bet League One with a 2-0 victory at home to Oxford.

Keane Lewis-Potter’s goals settled a fascinating encounter that could have gone either way for large parts of the game.

Oxford were enterprising from kick-off and might have scored twice scored early on, with Dan Agyei’s creativity keeping Matt Ingram up to the job in Hull’s goal.

But the Tigers – six points clear at the top after winning five on the spin – had a game-changer in Lewis-Potter, who was excellent throughout.

The 20-year-old opened the scoring when he controlled Lewie Coyle’s long ball from distance before curling the ball into the right corner after 22 minutes.

Oxford played well, most notably before the break, but they lacked attacking zest in the right areas when good balls went into Hull’s penalty box.

They also faced a willing nemesis in Lewis-Potter, who scored a second when his central strike inside the penalty box was deflected over goalkeeper Jack Stevens after 71 minutes.

Liverpool No.1 Alisson in line to return for Fulham clash