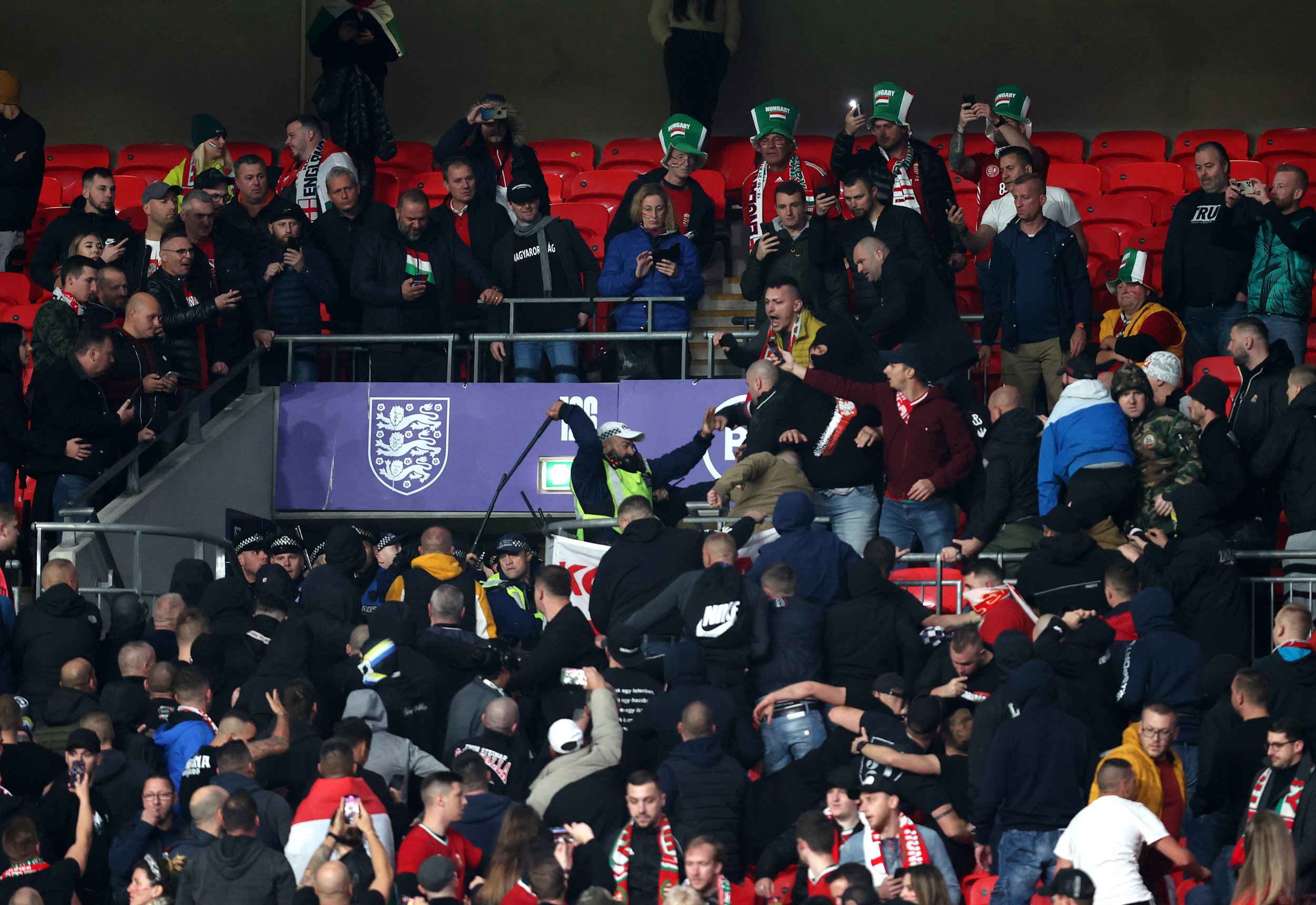 There were ugly scenes at the start of England’s World Cup qualifier against Hungary at Wembley on Tuesday evening as the away fans clashed with police in the stands.

Shortly after kick-off, there was a huge disturbance from the away section in the lower tier as fans began fighting with police and stewards, with several punches being thrown from Hungarian supporters.

The fighting appeared to be instigated by a cluster of Hungary fans wearing black T-shirts, the uniform of the ultras known as the Carpathian Brigade.

Pictures showed police wielding batons against the angry mob before they were eventually forced to retreat down the Wembley tunnel and onto the concourse.

Despite the flashpoint, things deescalated quickly once the police and stewards had backed off, with the away fans turning back to watch the game after the 10-minute mark.

The black-shirted ultras are the same fans who were located behind the goal during England’s visit to Budapest last month when Raheem Sterling and Jude Bellingham were racially abused.

Hungary were ordered to play two home FIFA competition matches behind closed doors as a result, one of which was suspended for two years, while they were also fined £158,416.

Police had expected a heated night due to that previous incident, while Hungarian football has a known hooligan problem that is typified by the Carpathian Brigade, who are collection of the country’s most hardcore fans and ultras drawn from different clubs around the country.

Although the situation had become less volatile as the match wore on, Hungary netted the opening goal of the night from the penalty spot to spark more chaos, this time as flares were let off in the away end.

The scenes were also reminiscent of the disastrous Euro 2020 final, when ticketless fans stormed the stadium amid chaos and violence, and the incident could raise further doubts over England’s case to host the 2030 World Cup.

Although Hungary took the lead on the night, England levelled the scores shortly before half-time as defender John Stones bundled the ball home from close range.