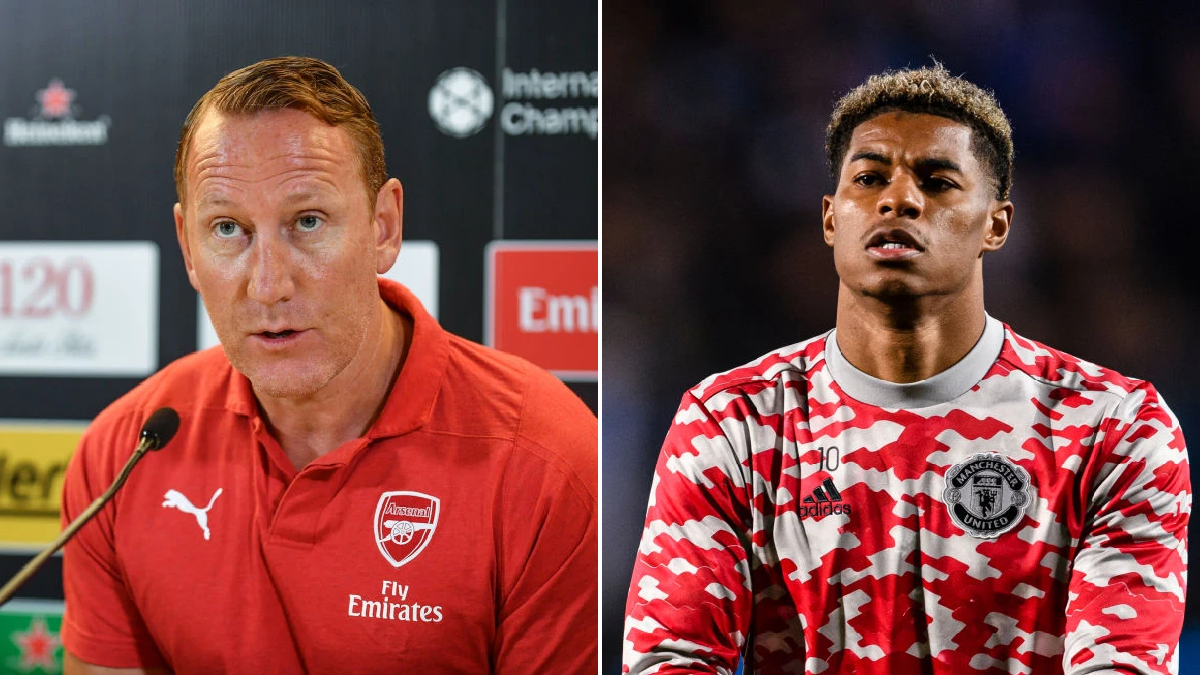 Ray Parlour says he would ‘love’ his former club Arsenal to sign Marcus Rashford as the England star considers his future at Manchester United.

Rashford is closing in on 300 appearances for his boyhood club but is seriously questioning his future at Old Trafford for the first time after last weekend’s Manchester derby snub.

The 24-year-old was expected to lead the line for United in the absence of Cristiano Ronaldo and Edinson Cavani, but interim manager Ralf Rangnick instead opted to start Paul Pogba and Bruno Fernandes in advanced positions.

Rashford was said to be unhappy at Rangnick’s decision and considering his future altogether as he has only started nine Premier League games this season.

Paris Saint-Germain and Real Madrid have been linked with moves for the forward and Parlour believes Arsenal should enter the transfer race if it becomes apparent that he will be sold.

Gunners boss Mikel Arteta failed to sign a replacement for Pierre-Emerick Aubameyang during the January transfer window and Parlour says signing a new striker will be ‘vital’ for Arsenal in the summer.

‘Marcus Rashford is going through a bit of a bad spell but he’s a top player,’ Parlour told talkSPORT.

‘I am sure lots of clubs will be enquiring about Marcus Rashford if he was available in the summer.

‘Certainly Arsenal, I would love him to come to Arsenal. That’s the position Arsenal need to look at this summer, it’s vital for the club.

‘It looks like [Alexandre] Lacazette and [Eddie] Nketiah are heading out the door but I hope they keep Lacazette for another year.

‘If Rashford’s available – and I don’t think he would be because United would be mad to sell him – but if he is available then Arsenal would definitely be interested.’

While Rashford has slipped down the pecking order at Old Trafford, former Red Devils striker Dimitar Berbatov believes it is ‘too soon’ for the academy graduate to be thinking about a move away from Manchester.

He told Betfair: ‘It was strange that Marcus Rashford did not start the Manchester derby, especially with United missing Cristiano Ronaldo and Edinson Cavani.

‘It’s understandable that Rashford wants to start games and, if he’s still not being picked by the end of the season, I’d expect him to be considering his future at the club.

‘But he needs to remember that there will be another manager in charge next season and players who haven’t had a look in under Rangnick will get another chance.

‘So it’s a bit too soon for Rashford to be thinking about leaving for another club.’