Even in the early part of the season when Bolton were struggling for points, Ian Evatt was always convinced that his hard work and methods would at some stage come to fruition.

Nine wins and two draws from their last 11 games suggest the pieces are all falling into place. His side have rocketed up the League Two table and a tilt at automatic promotion is well on the cards.

It may seem at a glance that sixth place at this stage is nothing too impressive for a club that began the campaign as title favourites, but Bolton had fallen an awful long way and it needed to be reshaped and rebuilt. Success doesn’t come to any club overnight.

“Bolton is a huge club, but it was a club that had been in decline,” Evatt, 39, tells Sky Sports, having won his second Sky Bet Manager of the Month award of the season in February.

“In truth it was a much bigger job than I thought it would be initially. We have had to start again fresh behind the scenes with the structure of the club and the playing staff. We didn’t have many players registered in the summer, so we had to recruit virtually a whole new squad in the middle of a pandemic, and these things take time.

“We also brought in a few in January in some positions we needed to strengthen, and we’ve improved a lot as the season has gone on. Luckily for us we are hitting form at the right time, but there is still a quarter of the season to go, and we need to carry on to get this club back to where it needs to be.” This is Evatt’s first season managing in the Football League, having last year guided Barrow to promotion from the National League, and there have been plenty of ups and downs.

We last spoke after he won this award in November, when it appeared as though things were turning on the back of four straight wins that month, but just one more win came in their next nine games. As recently as early February they were 19th in the table.

Evatt, therefore, is extremely grateful to Bolton chairman Sharon Brittan and the board for their faith in allowing him the time – in an industry where patience is often sorely lacking – to implement his vision and his blueprint, even changing his role at the club late last year.

“I came in as head coach but now I’m the manager, so I’m kind of making all my own decisions really,” he says. “The recruitment falls on me, and that’s how I’d like it to be. If you’re going to die on your sword then it needs to be your sword.

“The club and the board of directors have maintained their trust in me even in the dark times this season. They’ve trusted the process and implemented the structure to make us sustainable, and given us the base to succeed in the future.

“I know if we go higher we may get to the point the manager can’t do everything, it’s impossible. But for where we are at right now in League Two, for me the manager has to make as many decisions as he possibly can, within reason. But that’s okay because I live and breathe football, it’s 24 hours a day, seven days a week for me.

“As we progress things have improved, but it was always going to take time. People have to understand that, like the old saying that Rome wasn’t built in a day. You have to put foundations in to make your success sustainable, and I think we’re starting to do that now.”

Evatt always remained defiant in his belief that the results would eventually come, and never waivered in the philosophy he implemented at Barrow that convinced the Bolton owners he was the right man for the job.

“I know football is a game where you’re judged by results, and I know that matters, but for me it’s all about performances,” he says. “I believe that if you’re performing well and implementing the things that we are doing in training, then eventually the two will align anyway. Our performances have improved as the season has gone on, and results have come with that.

“I want us to be a possession-based attacking football team. I believe that’s how the game should be played. Obviously everyone has a difference of opinion, and that’s what makes football so great. But I believe that if we maintain that brand and identity, then that will help us get through the levels.

“Obviously we’ve always had to change and tweak formations a little to overcome certain situations, but overall my philosophy will never change. That is where we were from day one, we’re just better at it now. And that is what comes from practice, repetition and hard work on the training ground.

“Everyone knows Bolton shouldn’t be in League Two, we should at the very least be in the Championship. But if we do get to that stage then the thing that gives us the best chance of sustained success is to be a possession-based attacking team.” 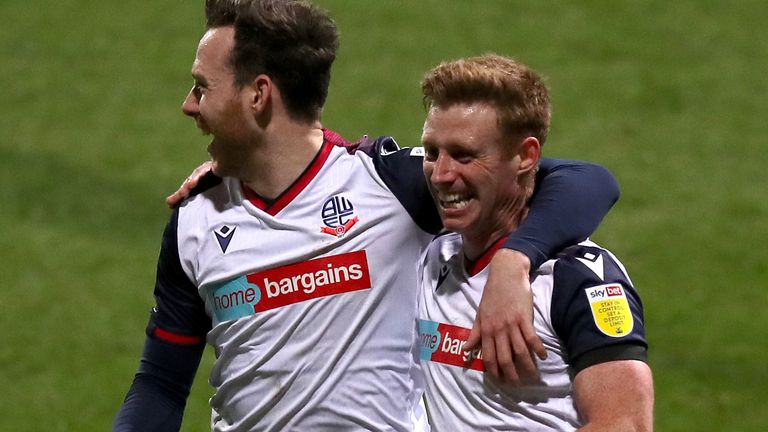 Evatt, the owners and the club have also put in huge amounts of effort to rebuild bridges with a fan base that had lost its trust in the club.

Work has also been done to restructure the academy, and there are plans in place to bring back some type of reserve-team football from next season. Bolton Wanderers is being restored.

“There has been a huge amount of work that has gone on behind the scenes,” says Evatt. “One of the reasons I came here was because it was almost a blank canvas, and we were able to create something of our own to be really proud of. The club can take me where I want to go, and hopefully I can take Bolton where they want to go. There’s an alignment of the vision for the future that most excited me.

“But we also know we are just custodians, myself and the board, because Bolton belongs to the supporters. The most important thing we can do is make sure the club is never in the danger it was before financially again. And if we do that it’ll give us the best chance going forward.

“I think we’ve done incredibly well this year [to regain the trust of the fans], and that goes down to Sharon and the board. The faith and the trust the town and the community have back in the club is solely down to them and how they have conducted themselves. It’s been a breath of fresh air.

“Now with the club doing well on the pitch again the fans are happier, and I’m sure they are as excited to get back into the stadium as we are to have them.” 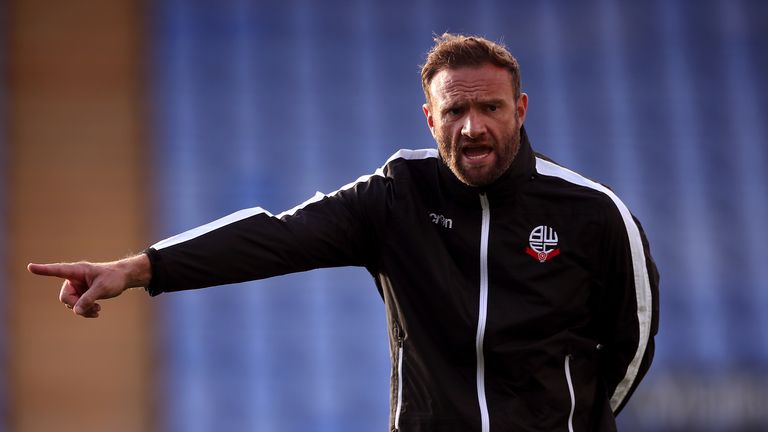 It is easy to forget for some that this was a club that were Premier League ever-presents from 2001 to 2012, and even had a couple of seasons in Europe in the middle of that.

Everything that is being done by Evatt and the club now is about laying the foundations to try and get back to somewhere near that level again.

“I think the club should be in the Premier League,” he says. “It’s easy to sit here saying that as Bolton Wanderers manager, but we’ve got everything in play to be at that level – the fan base, the stadium, the training facilities.

The first short-term step to success would be sealing promotion in May. It’s something that didn’t look on the cards not too long ago, but is a real possibility now. And Evatt feels confident.

“I think we can,” he says. “It has to be [our aim] and we know we’ve got a lot of hard work in front of us, but we’ve put ourselves in a good position.

“We’ve got an opportunity, but for now it is just that. To turn it into reality we have to keep going.”

Whether they manage it this season or not, you can’t help but be convinced that Bolton Wanderers Football Club is in great hands now. And that really is the most important thing for the team and the town.