In the unpredictable world of the EFL, there is generally always one thing you can rely upon: A Manager of the Month award being followed by an immediate defeat.

After a tricky start to the season, Bolton finally started to get going in League Two in November, winning four and drawing one.

Then, the curse struck. A crazy 6-3 defeat at home to Port Vale, who had themselves lost five in a row before turning up at the University of Bolton Stadium in early December.

A few days after, Ian Evatt – having discovered why that result had happened – was extremely good-natured about the whole thing.

“It was a disappointing game, but having found this out afterwards, I’ll put it down to the Manager of the Month curse!” he joked when he spoke to Sky Sports after winning the Sky Bet League Two award.

More disappointment was quick to follow, as Bolton were beaten 2-1 at Walsall – we can blame that on the curse, too – but on Tuesday night they snuck a late 1-0 victory at high-flying Cheltenham, to move to within three points of the play-offs.

That may not seem great for a club like Bolton at this stage of a League Two campaign, particularly when you take into account the fact they started the season as outright favourites for the title, but it was always going to be a tricky process for a club that had experienced so much turmoil in recent seasons.

“We had a slow start, but we are starting to pull it together now, which is credit to the players and the staff,” Evatt says. “Anyone who sees Bolton Wanderers in League Two expects them to win every game and the title at a canter.

“But the club were used to losing games. Bolton were only one day from going out of business completely and not existing anymore, that’s how close the club came to not being there. We’ve seen with Bury and Macclesfield how quickly it can happen.

“Turning around that mindset and mentality is a huge challenge, and people do underestimate that.”

Years of ownership issues saw the club slip into a state of disrepair. From the heights of European football and FA Cup semi-finals in a golden period 10 to 15 years ago, Bolton were at the point of oblivion last season, before being rescued at the eleventh hour.

Relegation to League Two for just the second time in their history could not be avoided, but it feels like things are finally turning around. 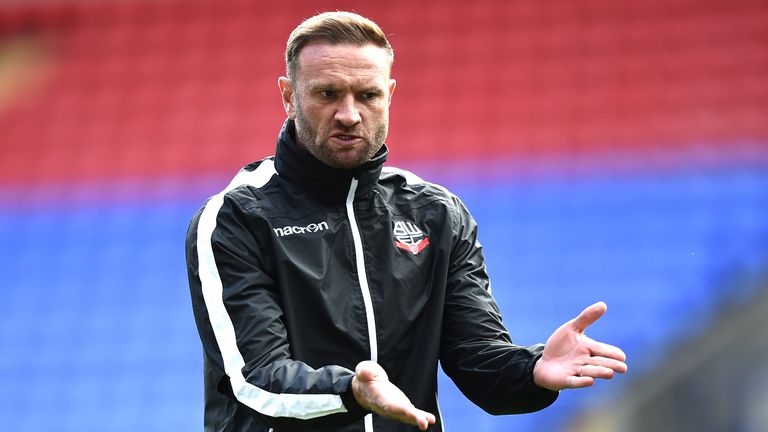 Evatt knows, however, they need to get results on the pitch if they are going to win back their fans in the long term.

“The owners have a vision,” says Evatt. “They want to go on a journey and I want to be a big part of that. That means Bolton eventually getting back to where I believe it belongs, which is at least the Championship.

“We need to do the right things on and off the pitch so we can regain the trust and respect of our supporters again. They need to trust what we’re doing and we need to reconnect with the town and the community. But we can only do that if we are winning on the pitch, and it’s good that we’re starting to do that now.

“It hasn’t been easy. We had to sign 22 new players in the middle of a pandemic, with a salary cap that has come into place and doesn’t really help us. The players can’t socialise outside of the club either, so it’s hard to build relationships with a completely new squad.

“We’ve faced a lot of challenges and it was always going to take time. We’re building a a whole new brand and a whole new identity for Bolton Wanderers, and that doesn’t happen overnight. It’s about following the process.

“The owners here have put a huge amount of faith and belief in me. They believe in what I’m doing and the process behind it. They understand how difficult it can be, and it will continue to be.” 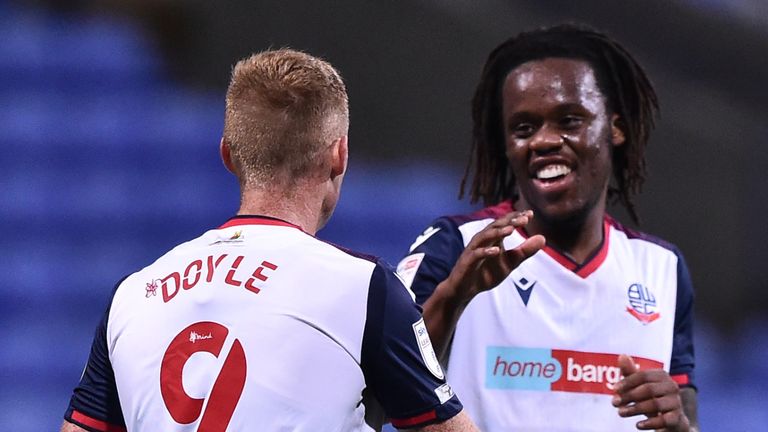 The new owners at Bolton were won over by Evatt in the summer. Just 39, Evatt had only retired from playing in 2018, but in his first managerial job he managed to lead Barrow back to the Football League for the first time in nearly half a century, finishing as champions of the National League.

It is not often a manager will leave a promoted club, but for Evatt the opportunity of Bolton was just too big to turn down.

“It was a tough decision,” Evatt remembers. “I loved my time at Barrow and what we achieved there was brilliant. I think the world of their fans and everyone at the club. It gave me a platform to show what my teams can do. To get promoted after 48 years was an exceptional thing to achieve.

“It was strange going back there earlier in the season, especially with no supporters. But I might have got a lot of stick from them, so it saved me in that respect! I cant speak highly enough of that club and everything they did for me.

“But you don’t get opportunities like this very often. I had a conversation with the owner [Sharon Brittain] and she told me the vision she had. After the initial phone call I was sold, and I wanted to come here and be a big part of hopefully getting the club back to where it belongs.”

Bolton lost their first three on the spin this season, and managed just two wins in their first 11 games. But Evatt always had faith that his own methods would come good. In his career he has learned to back himself.

“I’ve learned that I really have to believe in the way I want to play and to stick to it, because you do get challenging times,” he says. “I had them this season, and I had them at Barrow, too. I lost six on the spin at one stage, and when we won the league we only had seven points from nine games.

“When you have doubts and are asking yourself whether or not you need to change, the answer is ‘no’. You need to have more belief and to back yourself in what you’re doing. What we’ve seen in recent weeks is that if you get better at what you do, things will change and change quickly.”

As well as facing old club Barrow this season, Evatt came up against former manager Ian Holloway when Bolton met Grimsby in October – playing out a 0-0 draw. 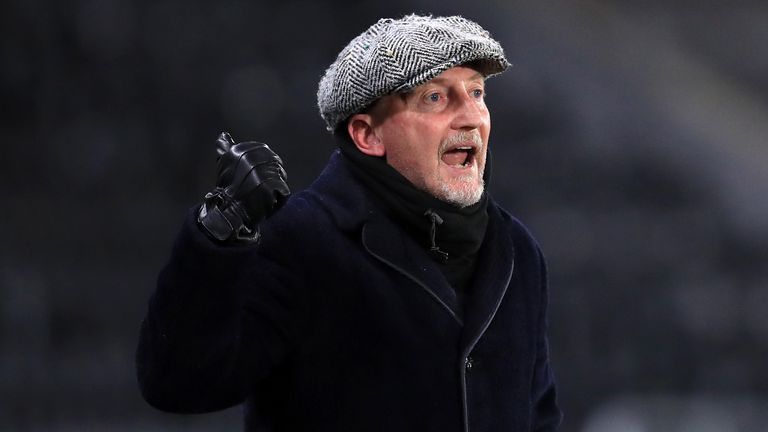 The pair were together at the Blackpool that made such an impression in the Premier League in the 2010/11 season, and Evatt says it was a joy to come up against one of the biggest influences of his career.

“He’s a fantastic man first and foremost,” he says. “And it was a pleasure to be on the sidelines with him, and after the game we shared a laugh and a beer in my office, reminiscing on some great memories we shared together.

“I have so much respect for him as a manager, and as a man. What he gave to that group of players [at Blackpool] was magnificent, and he played a huge part in helping to educate me in becoming a modern-day manager. I’m eternally grateful to him for that.”

Evatt, like Holloway, is a promotion specialist. He has won three as a player from the Championship, League One and League Two, and one as a manager from the National League with Barrow.

He, and Bolton, will be hoping that he brings some of that magic back to a club that has been craving something to celebrate for so long.

“We want to get promoted,” Evatt says. “That might not happen this season, but we’ll try our best and give it a good go. The main thing this club needs is stability, because there has been a lot of turmoil here recently.

“We almost lost the club completely, but now it’s about stabilising again, putting in the right building blocks to get this club back to where it belongs.

“Of course I’d love to be a Premier League manager, and I hope we get Bolton to that level again. That’s the aim.”