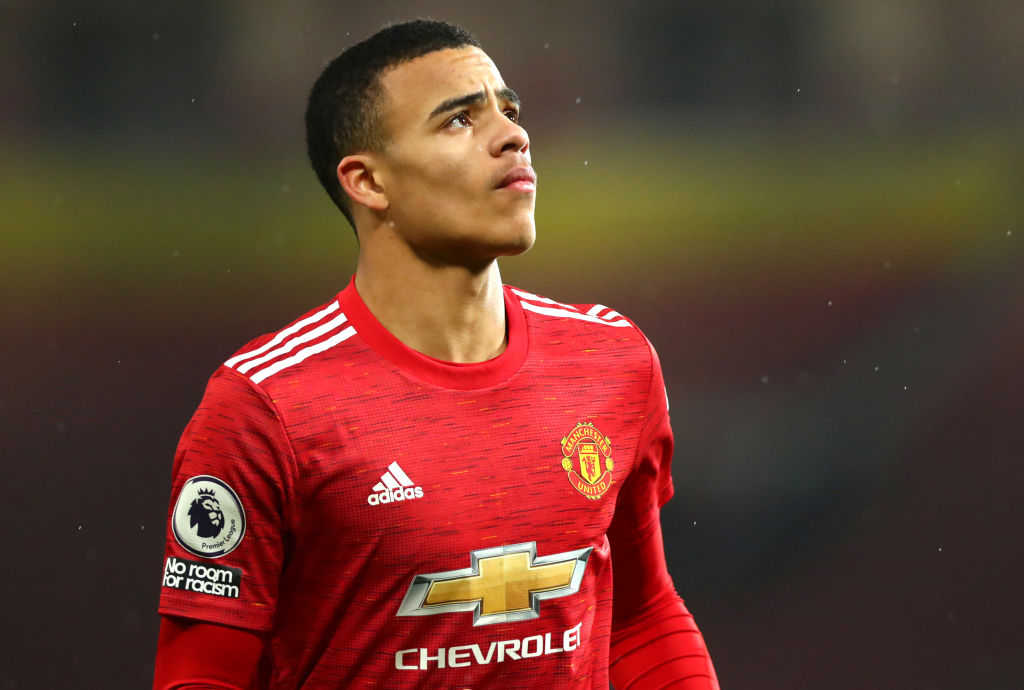 Arsenal legend Ian Wright says he was disappointed with Mason Greenwood’s failure to get on the scoresheet in Manchester United’s 9-0 win against Southampton.

The Red Devils got their title challenge back on track with a record-equalling win against the Saints, which saw eight different scorers at Old Trafford.

Greenwood ended a barren run with a goal in the FA Cup win against Liverpool last month but the teenager still has just one league goal to his name this term, despite making 16 appearances.

The 19-year-old impressed with his wing play but his failure to score felt like a missed opportunity to boost his confidence and Wright believes Greenwood needs to learn to play between the posts to score more tap-ins.

Asked if Greenwood’s failure to score was disappointing, Wright told Premier League Prodctions: ‘Yeah because he’s a forward and he needs to score at the minute.

‘I didn’t see Mason Greenwood in the middle of the goal too many times on a day in which there was goals to be had.’

Despite failing to find the net, Greenwood’s performance was much improved on recent weeks.

And Solskjaer even made a point of singling out the teenager in his post-match press conference.

‘Confidence is one thing but it was about the mojo and spark, the X-Factor,’ Solskjaer told BBC Sport after the game.

‘Mason Greenwood was terrific and his performance was top for a player who did not score a goal.’

Bruno Fernandes 'has been talking about Raphinha' ever since arriving