Zlat’s the way to do it! Ibrahimovic pulls on a Hammarby tracksuit and takes to the training pitch as club’s part-owner shows the squad how it is done during coronavirus pandemic

Zlatan Ibrahimovic is not letting the coronavirus pandemic keep him away from football all together as the 38-year-old joined Hammarby’s training session on Thursday.

Ibrahimovic, who purchased a 25 per cent stake in the Swedish club last year, was seen wearing a green club tracksuit as he joined the latest voluntary session that have been put on for first-team players at the club’s Årsta sports field.

The session that Ibrahimovic joined in with included players from IK Frej, which has links to Hammarby. 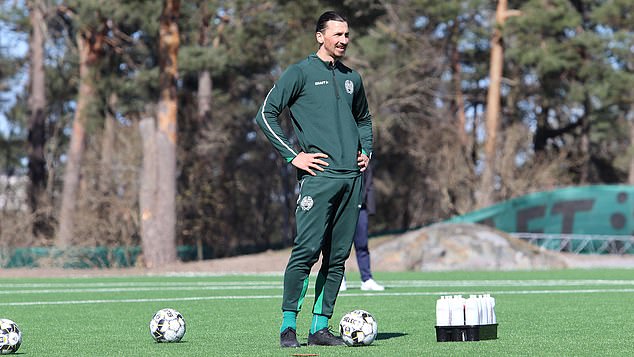 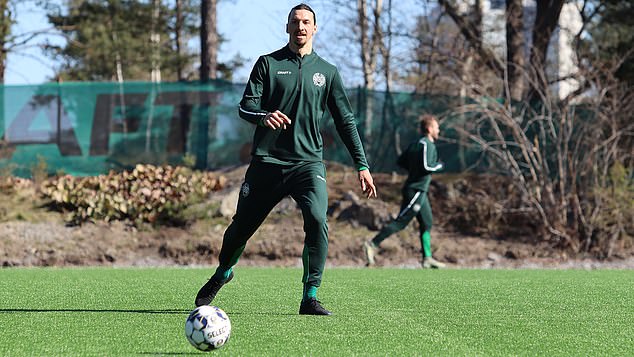 The AC Milan striker has been staying at home in Stockholm with his family for a while during the football break in Europe as the virus continues to escalate.

The training facility is closed to public and the media due to the deadly virus but the past week the team has held voluntary training for the players who still want to train in a group.

On Monday, the club report that they are due to start ‘collective’ training once again. 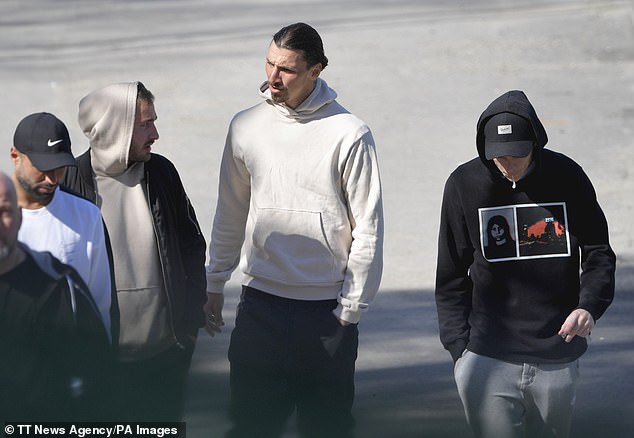 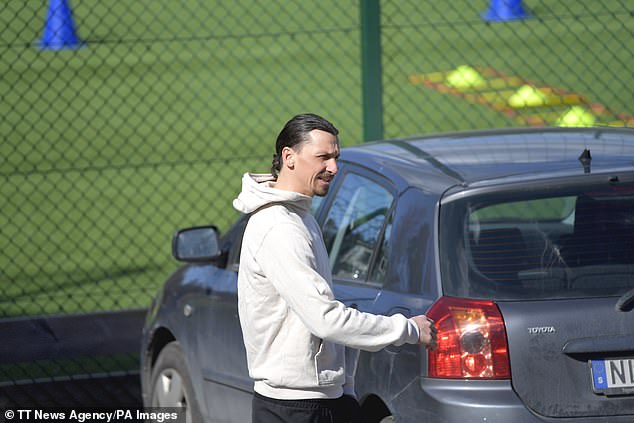 ‘There is no major drama in this, but he simply wants to keep going and asked if he could train with us,’ chairman Richard von Yxkull told SportExpress.

It remains unconfirmed if Ibrahimovic will continue to keep up his fitness with the club with ‘collective training’ ready to return next week.

‘Zlatan is of course welcome to train with us then as well,’ manager Jesper Jansson said. ‘But it remains to be seen how that will happen.’

Ibrahimovic’s investment in Hammarby, given he is from nearby Malmo, has proven controversial with Swedish football fans.

Back in November, a day after his investment in Hammarby, Ibrahimovic filed a ‘hate crime’ complaint after the statue was attacked with fire and paint and the word ‘Judas’ daubed across the front door of his Stockholm home.

And in December thugs cut the nose off the golden statue of him that was erected outside Malmo’s stadium in yet another act of vandalism. 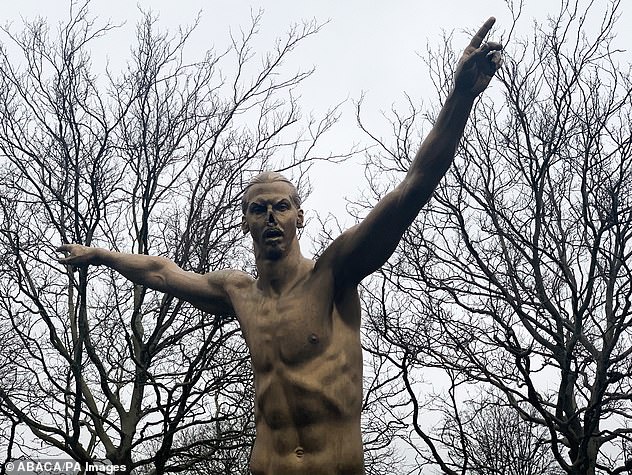