Fans have been blown away by a video that has emerged of new Liverpool signing Calvin Ramsay performing a routine of tricks and flicks when he was just 13.

The Reds confirmed the signing of the right-back from Aberdeen for £6.5million over the weekend.

The Reds had been in negotiations with the Scottish club for weeks, but Sportsmail revealed three days ago that they had brokered a deal that will see them pay an initial £4million with a further £2.5m in bonuses.

Scroll down for video 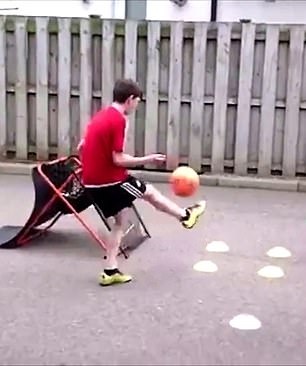 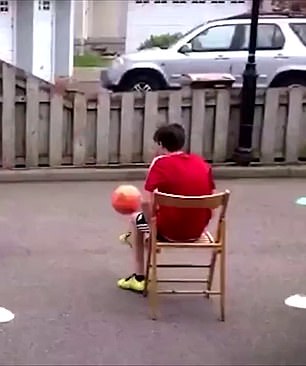 And Liverpool supporters were left wondering if he should now be pulling the strings in midfield after seeing the clip do the rounds on social media.

A young Ramsay can be seen performing a number of skills, including a rainbow flick, before doing keepy-ups while sat on a chair.

He finishes the 30 second routine by finding the net with a rabona finish, making all of it look incredibly easy.

Ramsay, 18, is Jurgen Klopp’s third signing of the summer after Darwin Nunez and Fabio Carvalho, but there are expected to be no more arrivals at Anfield during this transfer window.

‘It was a dream come true to play for Aberdeen, and now to be at one of the biggest, if not the biggest club in the world, it’s a massive achievement and I’m looking forward to trying to show the fans what I’ve got.’ 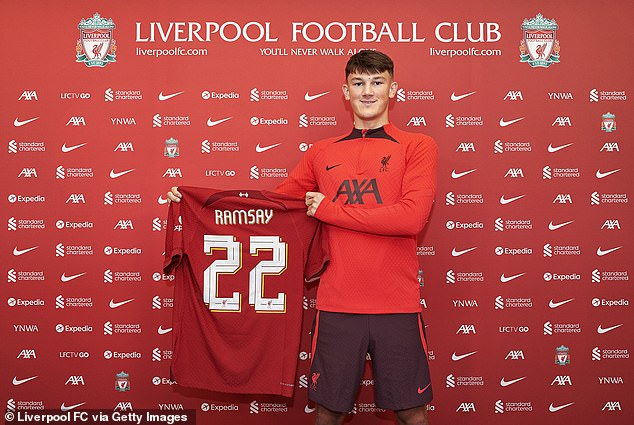