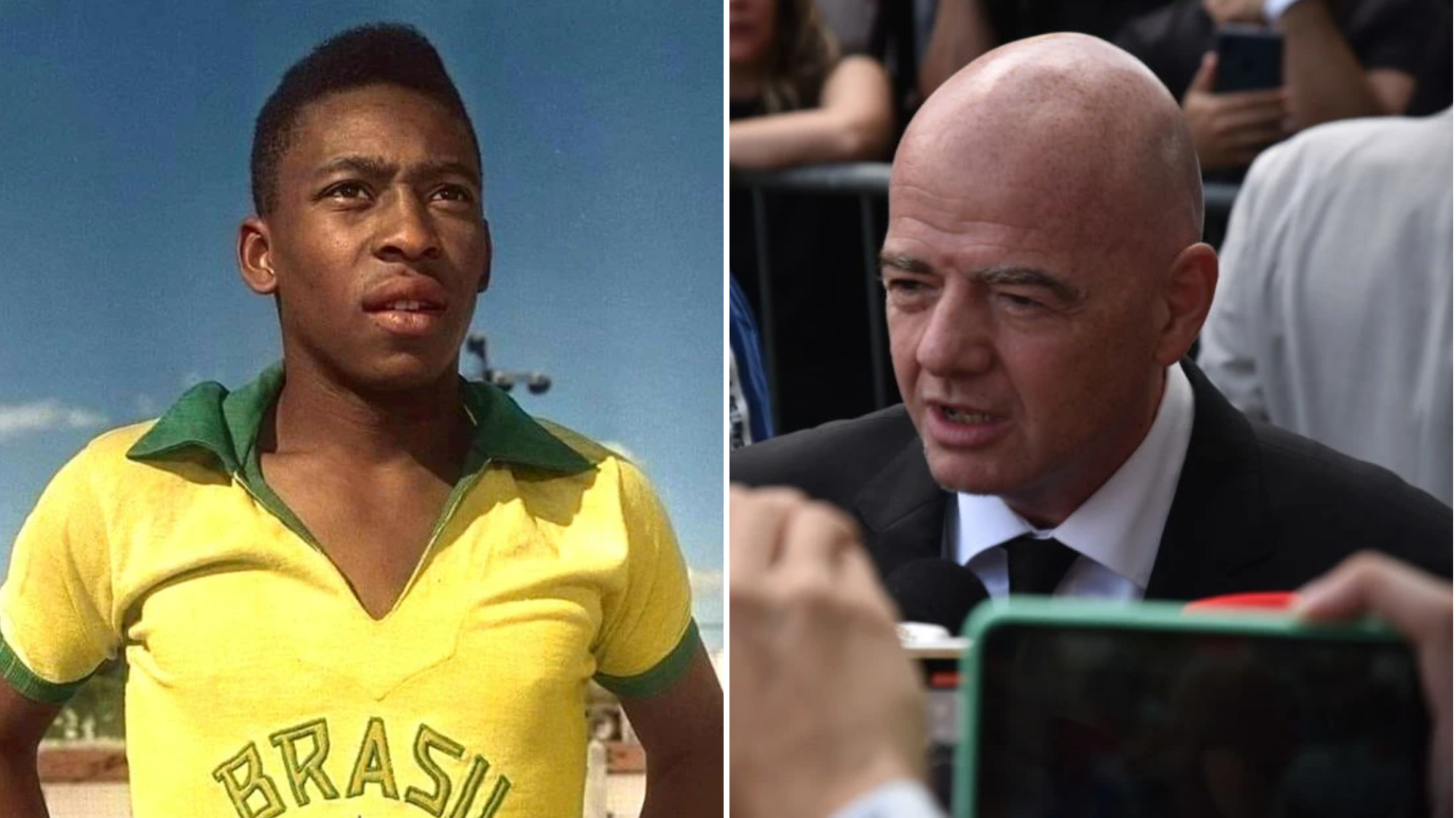 FIFA president Gianni Infantino has revealed that football’s governing body will ask every country in the world to name one of their football stadiums after Pele following his death.

The Brazilian icon, who was the only player to win the World Cup three times, died on December 29 aged 82 after a battle with cancer.

A 24-hour memorial wake is being held for Pele across Monday and Tuesday at the Vila Belmiro stadium, the home of Santos – where he spent the majority of his illustrious career.

Infantino is currently in Brazil to pay his respects to Pele and told journalists that FIFA wants all its member nations to name – or, indeed, rename – one of their stadiums after the footballing legend.

‘Pele leaves an incredibly legacy for football, a unique legacy,’ he told reporters as he made his way inside the Vila Belmiro stadium.

‘Pele had, I think, the gift of god – a gift that very few people on earth have – and it’s a gift to touch the hearts and emotions of people.

‘The fact that so many people around the world, millions, billions even, like me who have never seen Pele play, remember him. I have, of course, the honour and the luck to meet him personally as well.

‘But I did not see him play, my father saw him play and he would speak to me about him. I think the legacy that he leaves for what he did on the pitch [is huge].

‘So this will remain in our hearts forever. And we need to make sure that we and the world of football remembers Pele forever as well.

‘But we are also going to ask every country in the world to name one of their football stadiums with the name of Pele.

‘In 50 years or 100 years from now, when children are asking, “Who is Pele?” they need to remember him all over the world in a place where you score goals, where you feel emotions, in a stadium, in a football field, where children – boys and girls – can play. We need to make sure of this.’

Arsenal vs Liverpool prediction: How will Premier League fixture play out tonight?