Salernitana 0-5 Inter Milan: Simone Inzaghi’s side extend their lead at the top of the Serie A table to four points as the defending champions ease past the league’s bottom side

Inter blitzed the league’s bottom side Salernitana 5-0 to win their sixth league win in a row and move four points clear at the top of Serie A.

Visiting wing-back Ivan Perisic headed in the opener before Denzel Dumfries smashed in a second before the break, marking the first time in Inter’s history that they have reached 100 Serie A goals in a single calendar year.

Alexis Sanchez fired in a third before substitutes Lautaro Martinez and Roberto Gagliardini completed the rout to leave the hosts bottom of the table with eight points.

Simone Inzaghi’s defending champions are four clear of bitter rivals AC Milan in second, although Stefano’s Pioli’s side have a game in hand against fourth-placed Napoli on Sunday. 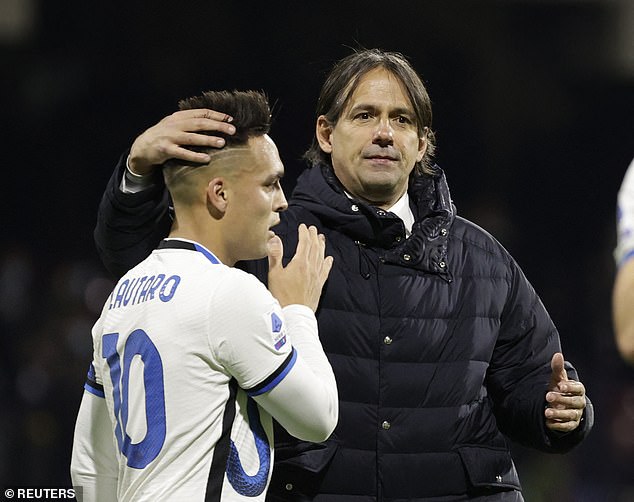 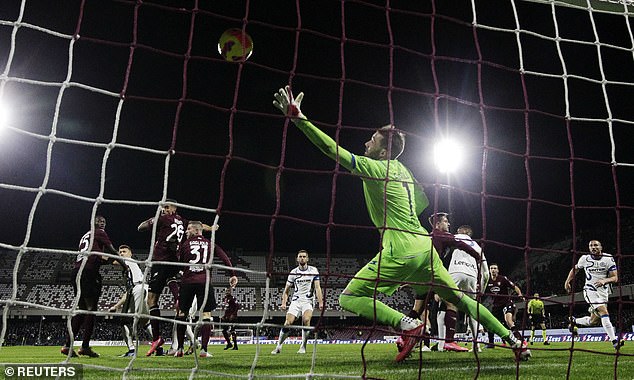 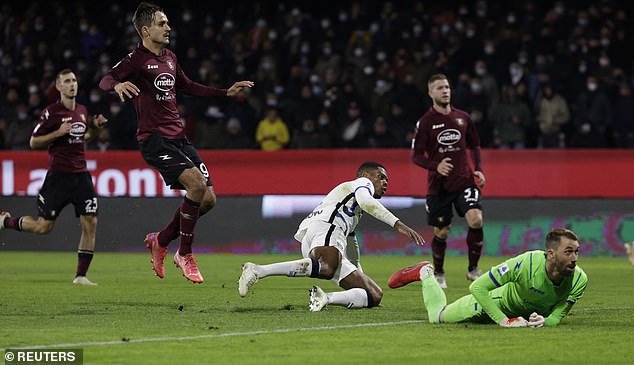 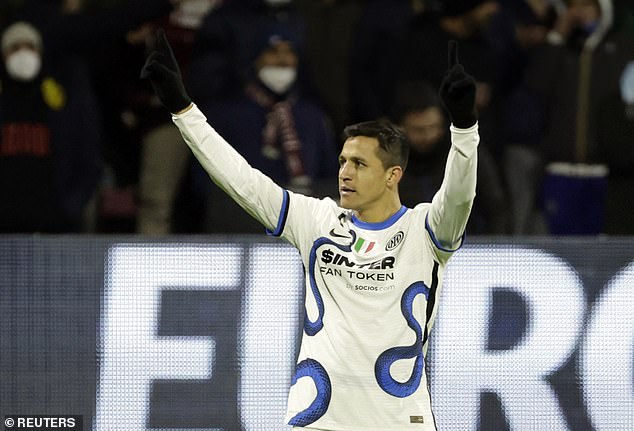 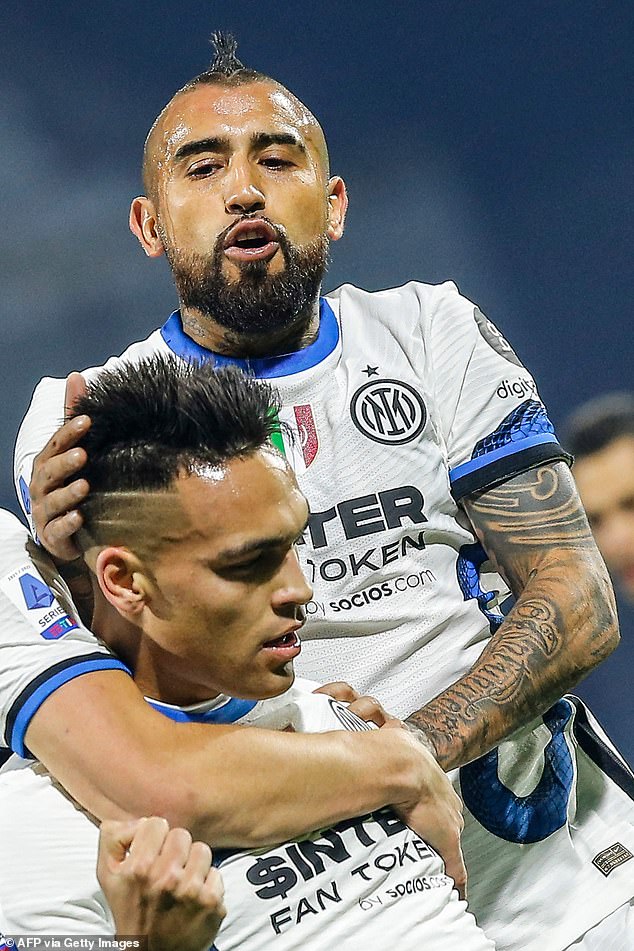 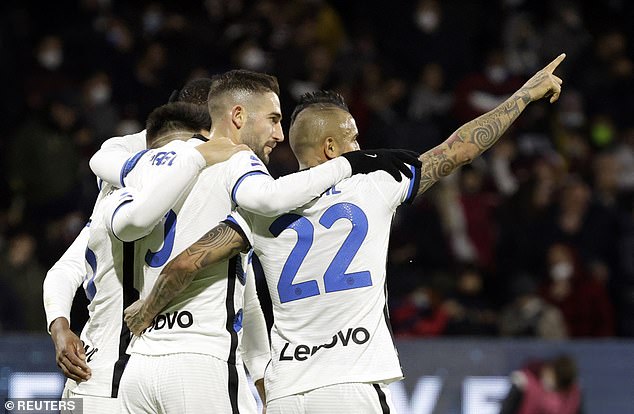 Roberto Gagliardini (pictured, second right) put the gloss on the Inter victory with a late fifth 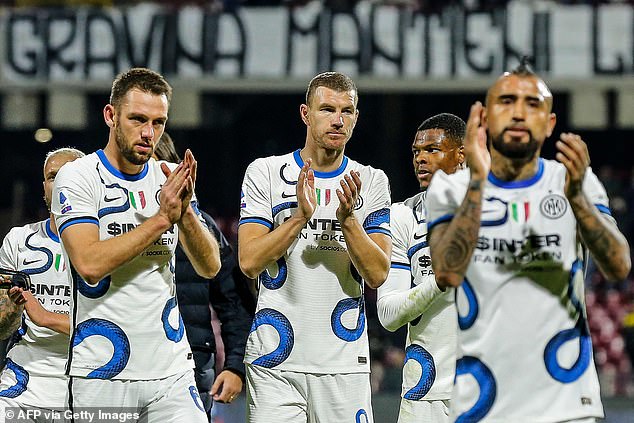 Burnley ‘lucky to have’ Maxwel Cornet after more goalscoring heroics