Home » Soccer » Is Liverpool vs Norwich on TV tonight? Kick-off time, channel and how to watch FA Cup fixture

Liverpool will be looking to correct an inexplicably poor recent FA Cup record and book a place in this season’s quarter-finals when they welcome Norwich to Anfield on Wednesday evening.

This is just the second time the Reds have reached the fifth round of the world’s oldest cup competition since Jurgen Klopp took charge and they have never made it beyond this point under the German, although they do face a team they have plenty of experience beating already this season.

The Merseysiders have overcome Norwich three times in all competitions this term – twice in the Premier League and once in the Carabao Cup – and have never beaten the same team four times in a single campaign across the league, FA Cup and League Cup before.

Dean Smith’s side have struggled in recent times, the optimism of consecutive wins over Everton, Watford and Wolves that started in mid-January rapidly fading into the rearview mirror as they find themselves rooted to the foot of the Premier League table after a limp 2-0 defeat to Southampton last Friday.

By contrast, Liverpool were celebrating a remarkable Carabao Cup final victory over the weekend – downing Chelsea 11-10 on penalties to keep their hopes of an unprecedented quadruple alive – and even with a much-changed team expected for Wednesday’s tie, they should be brimming with confidence. 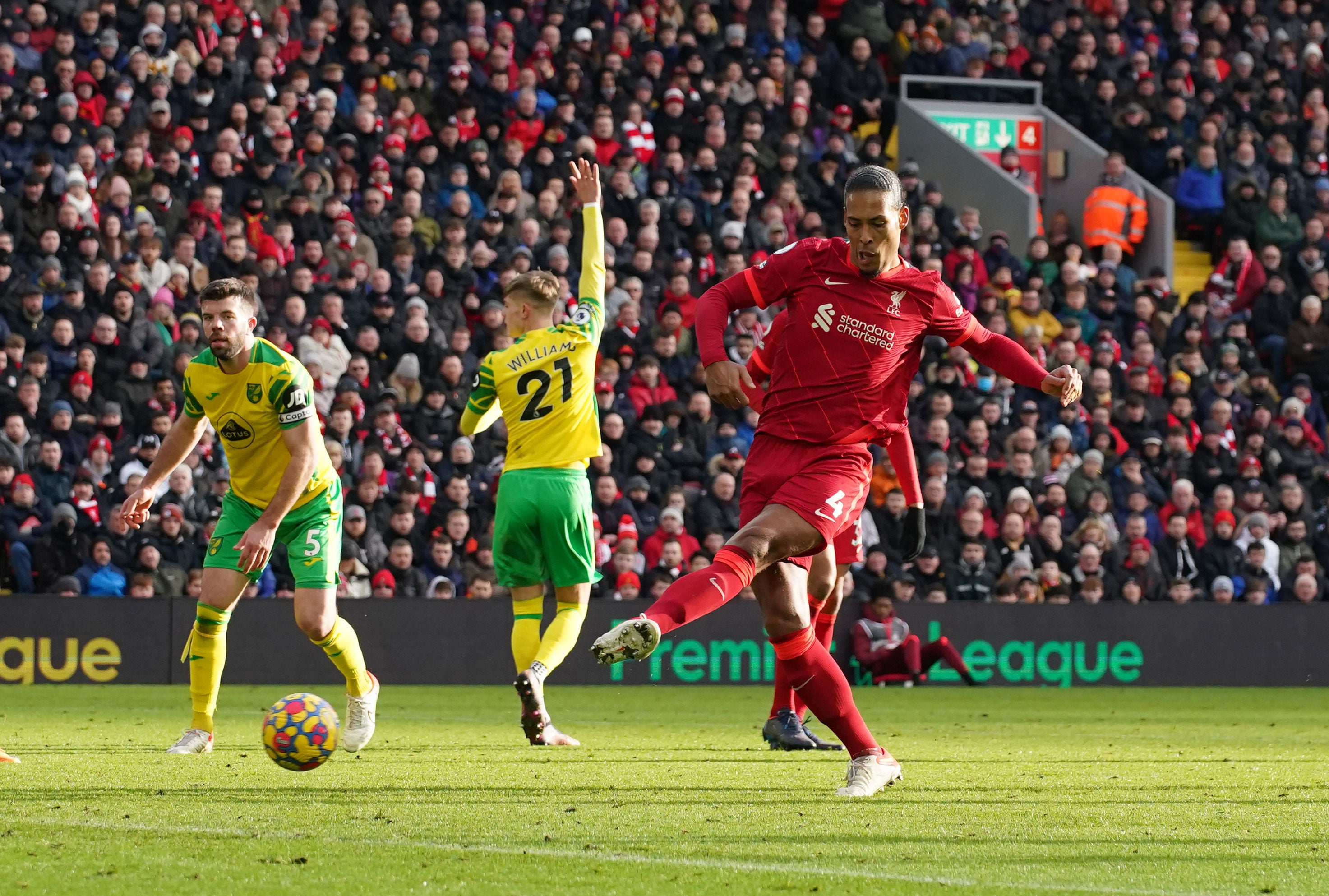 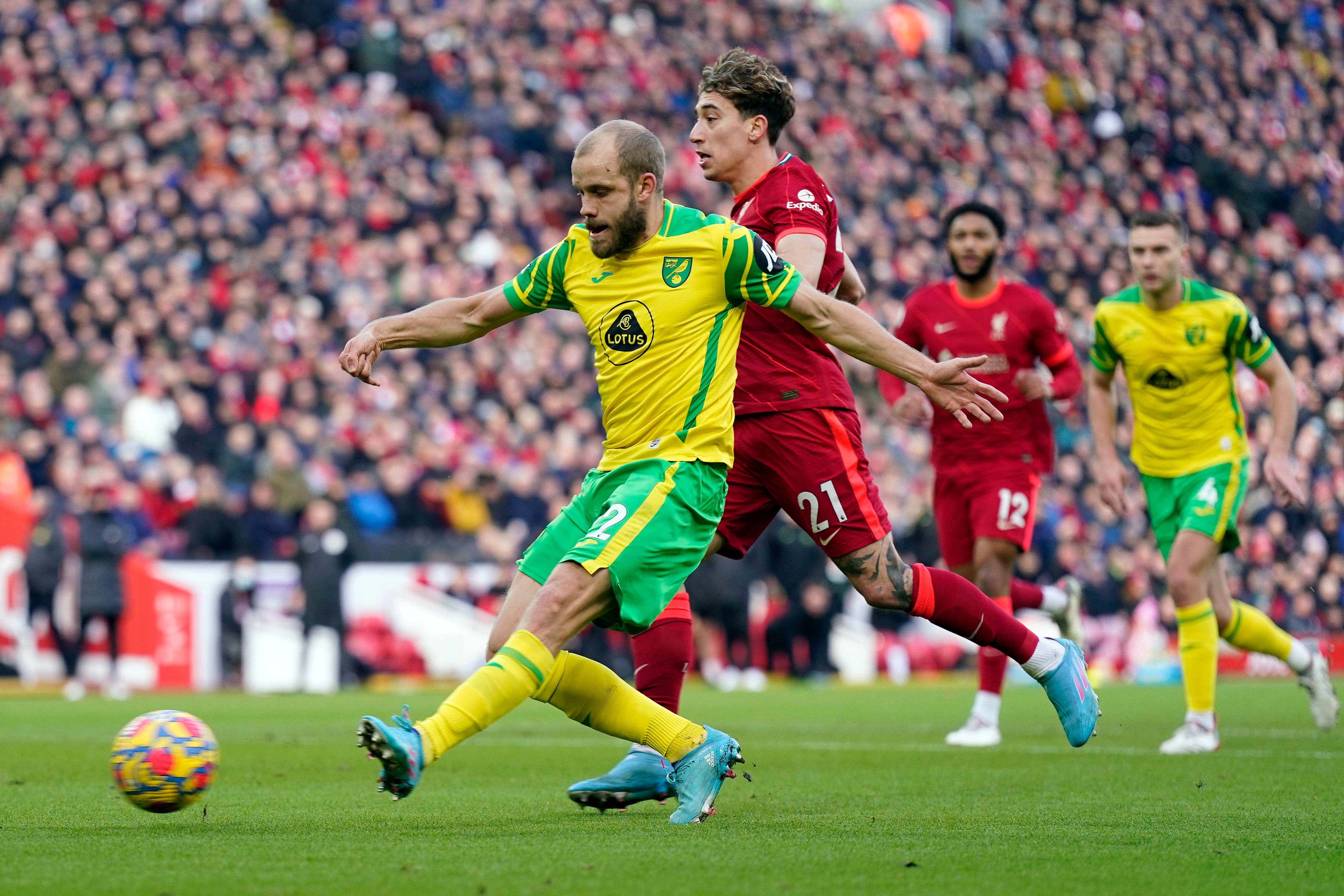 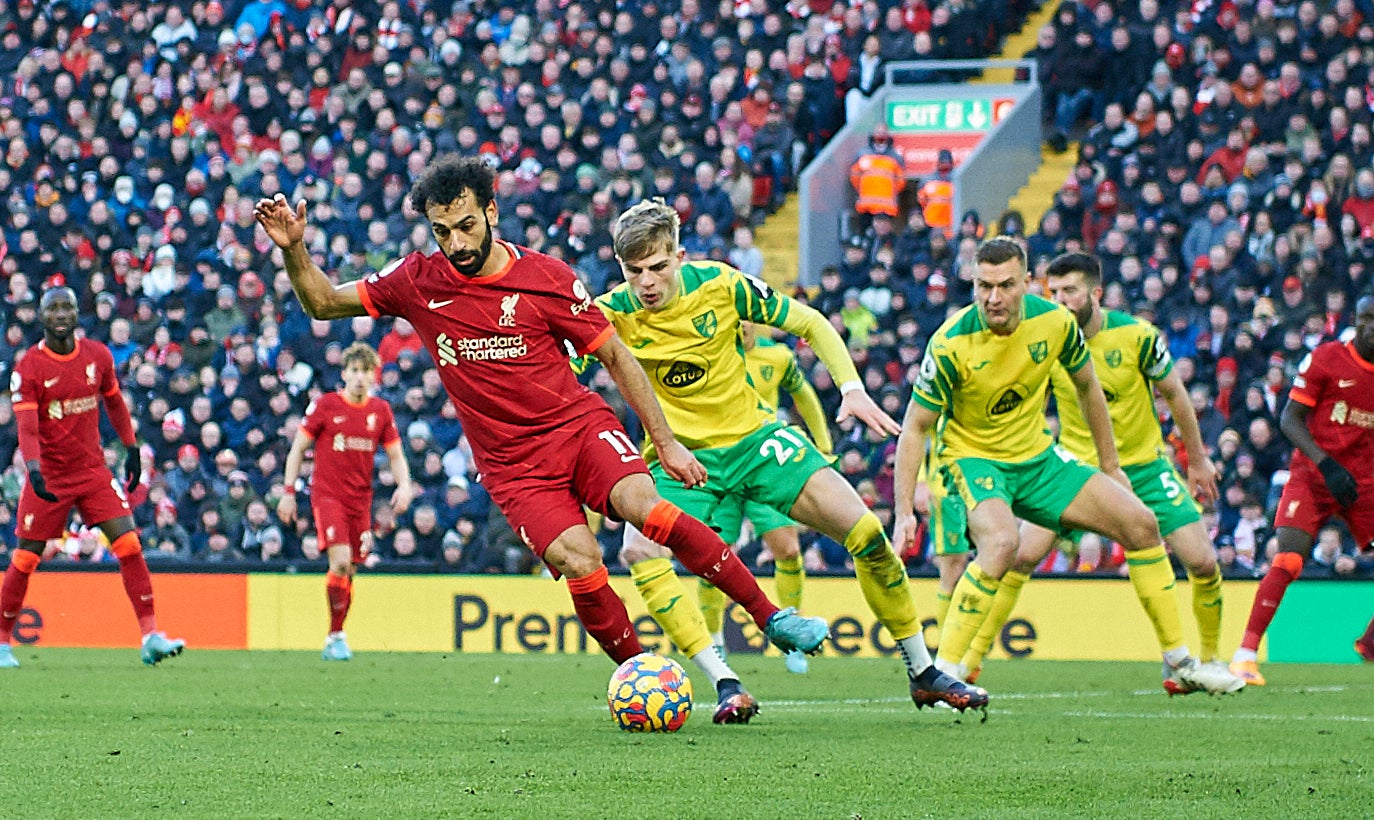 Here’s everything you need to know about the FA Cup game at Anfield.

The match will kick-off at 20:15 GMT on Wednesday, 2 March at Anfield, Liverpool.

The match will be shown live on live on ITV 1 and the ITV Hub, with coverage starting at 19:30 GMT.

Thiago Alcantara pulled up with a tight hamstring during the warm-up ahead of Sunday’s Carabao Cup final and Roberto Firmino hadn’t recovered in time from a groin injury to feature, with both Liverpool players set to miss this match as well.

Diogo Jota returned from his ankle injury as a substitute at Wembley, although looked short of fitness, while the fact that the Reds are still fighting on so many fronts makes rotation likely – as Kostas Tsimikas, Harvey Elliott, Curtis Jones, Divock Origi and Alex Oxlade-Chamberlain could all come into the line-up.

Norwich centre-back Grant Hanley is suspended after being booked in both the third and fourth-round wins, meaning Christoph Zimmermann is likely to deputise, while Dean Smith admitted he will also likely be without Max Aarons, Brandon Williams and Ozan Kabak at the back as all three battle various ailments. Andrew Omobamidele and Adam Idah remain long-term absentees for the Canaries. 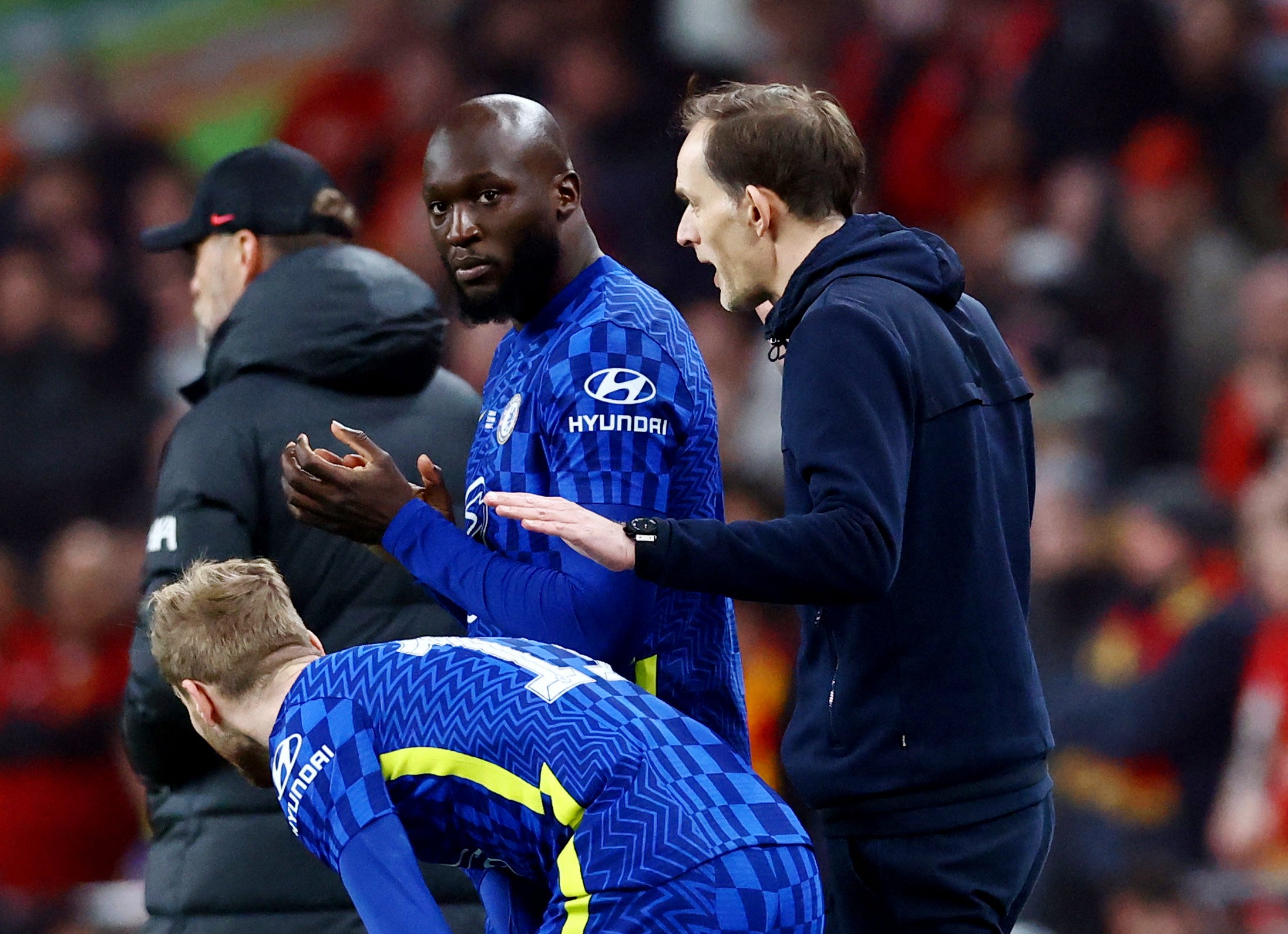 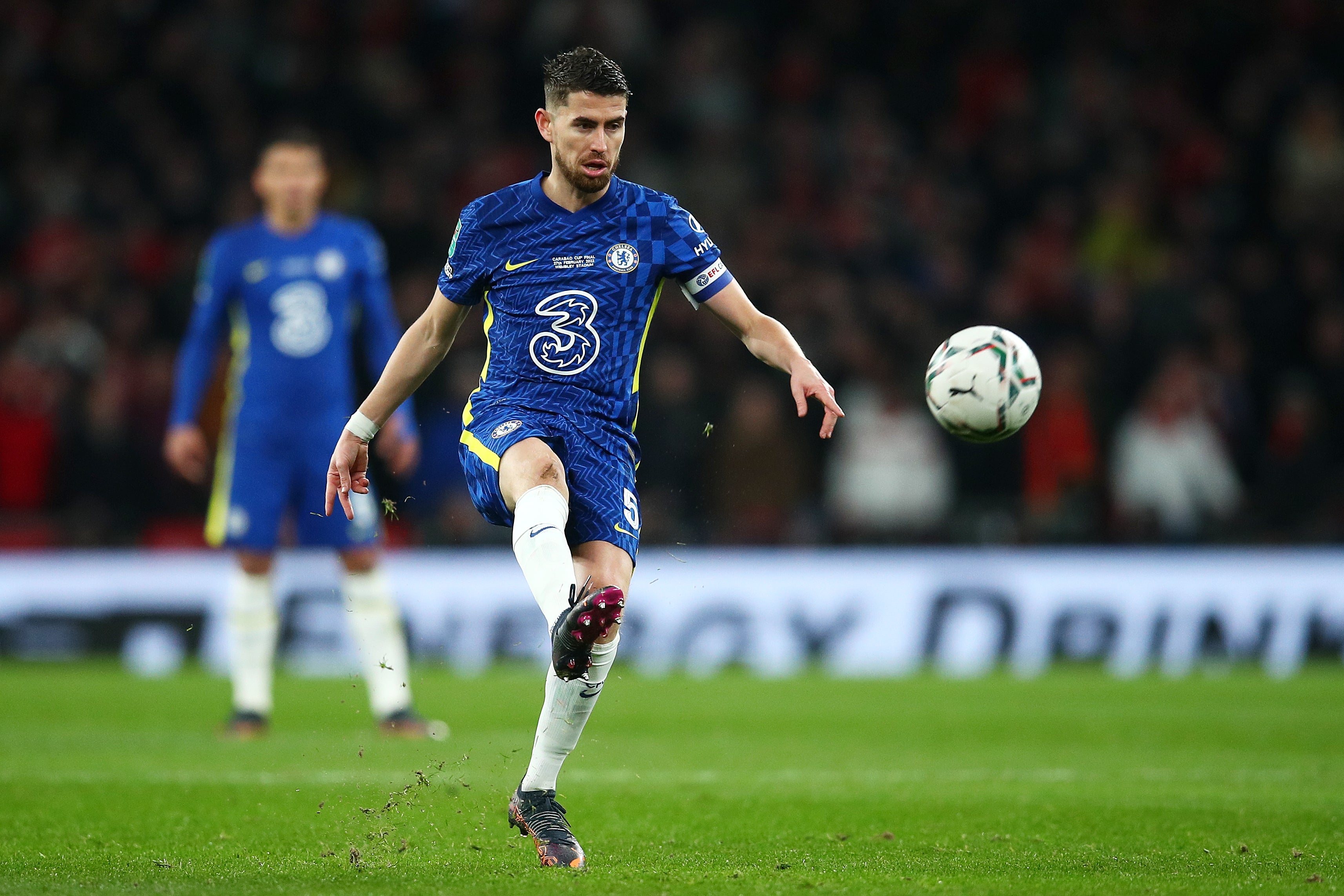 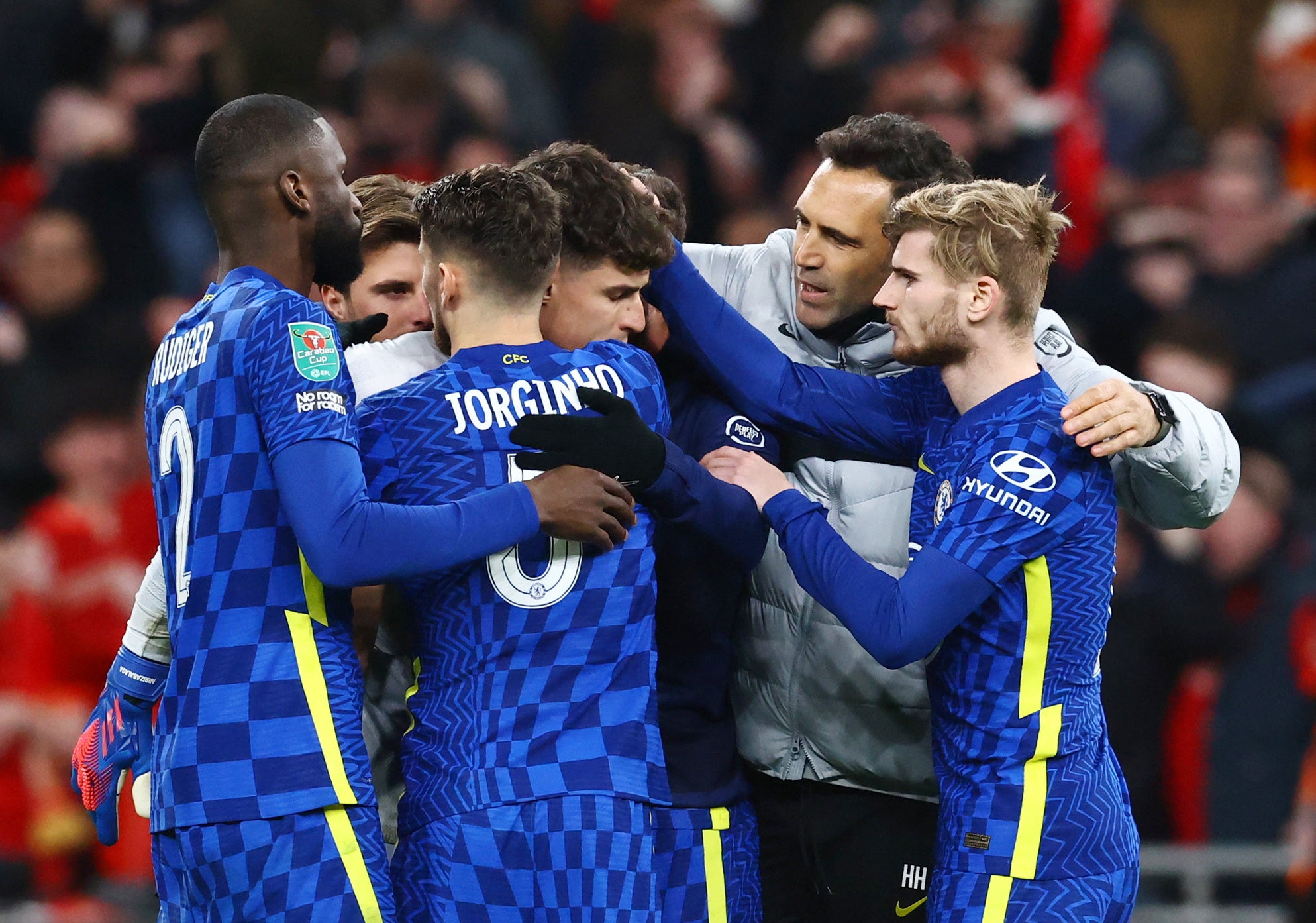 Truthfully, both sides may have their attentions elsewhere and although Liverpool’s recent FA Cup record is inexplicably poor – making an upset a very real possibility – even a much-changed Reds side may just about have too much for a distracted Norwich bereft of confidence. Liverpool 2-1 Norwich

Too early to say if Christian Eriksen will play again after ‘moment of extreme peril,’ says Fabrice Muamba’s doctor