Clubs racing to squeeze in friendlies and make stadiums safe, managers STILL not satisfied with the level of training and 60 players in limbo over their contracts running out… the state of play just ONE WEEK from the Premier League’s return

The Premier League is back next week when the action resumes on June 17.

Despite there being just seven days to go, there remain issues that need to be resolved and fine-tuned.

Sportsmail takes a look at them… 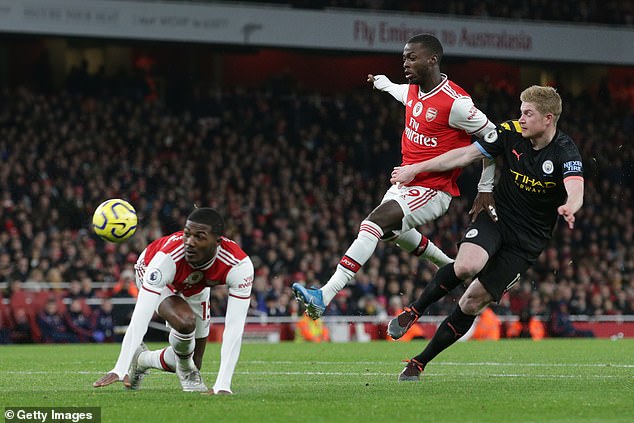 Clubs have been back in contact training for almost two weeks and by the time the action resumes they would have had around three.

It is not yet full-blown though with some restrictions still in place regarding unnecessary contact and numbers around the pitch, adding to the concerns of managers worried they have not been given enough time to prepare.

Clubs have also been able to stage practice matches, though the intensity of some that have taken place has been questioned.

Clubs across the division are hoping to squeeze more matches in before next week’s restart though how ready they will be remains to be seen. 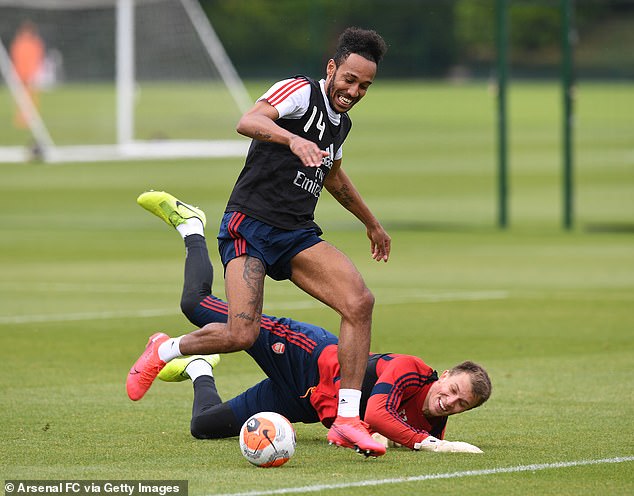 This is a race against time for some clubs. They received the majority of the guidelines regarding how their stadiums now need to be set up in this coronavirus era, in terms of zoning and changes that need to be made to various areas of the grounds.

However, some were this week still waiting for more guidance on the logistics of match-day operations relating to how they are supposed to get people in and out of stadiums and instructions on things like entrances for the different teams and even match officials. All that has yet to be cleared up for some clubs.

In the meantime many are facing a frantic rush to get done what they know they need to, including finding additional dressing-room space and media seating so social distancing can still be observed.

Another issue, to try to discourage supporters turning up, is to block off areas which would allow fans the chance to see into the stadiums. 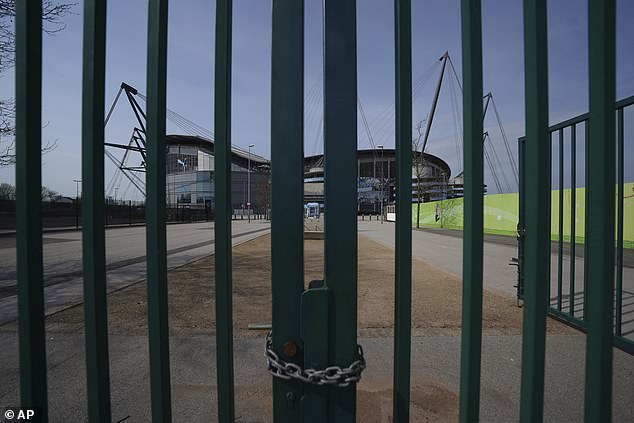 The clock is ticking for clubs to finalise contract extensions with players whose deals are due to expire on June 30.

The rules have been adapted to allow clubs to agree short-term extensions with players so they can complete the season before becoming free agents when the extended campaign finally ends. They have until June 23 to sort them out.

Alternatively players could agree longer-term extensions to take them into next season.

More than 60 players will see their deals expire at the end of the season. Adam Lallana at Liverpool is among the latest to finalise a short-term extension.

The future of a number of players, though, including the likes of Bournemouth’s Ryan Fraser, have yet to be confirmed. 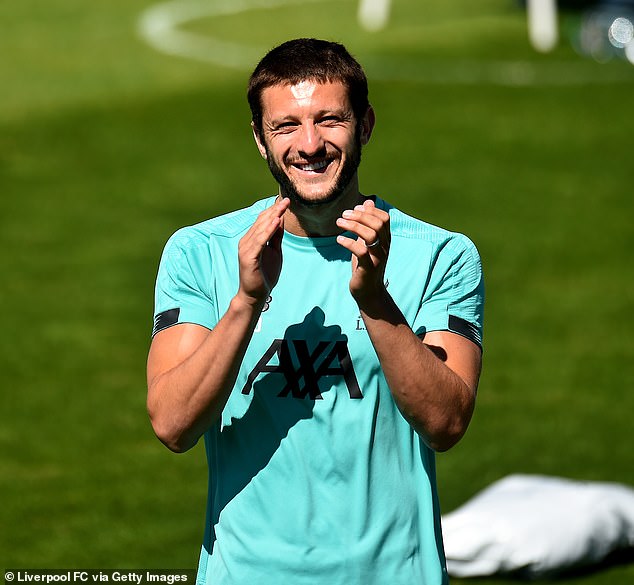 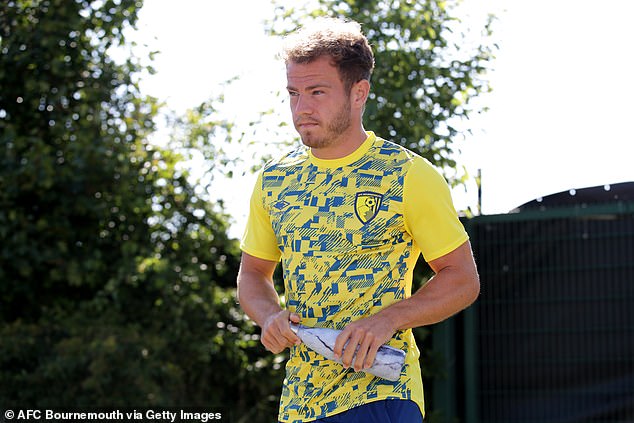 How to deal with last-minute hitches

The positive coronavirus test for Stoke manager Michael O’Neill just before his team were due to play a friendly against Manchester United on Tuesday was a near miss that led to the cancellation of the game at the last hour.

It threw up thoughts of similar happening once the season has resumed.

That is a scenario managers have feared but the exact protocols for testing during the remainder of the campaign will be discussed when top-flight clubs meet again on Thursday. 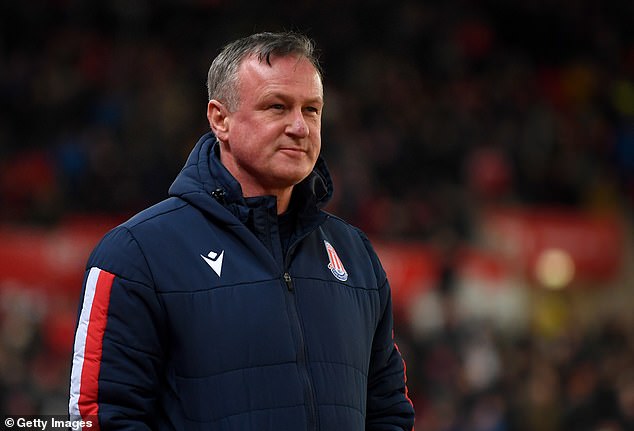 Stoke City manager Michael O’Neill tested positive for coronavirus before a friendly game against Manchester United at Old Trafford, which was quickly called off at the last minute

Another issue expected to be on the agenda is how to acknowledge the major events that have affected the world during football’s suspension.

Heart-shaped badges to honour the work of the NHS will be displayed on players shirts during the first round of matches while tributes to victims of the coronavirus pandemic and also shows of solidarity for the Black Lives Matter and Justice for George Floyd movements are also set to feature in and around Premier League matches.

Exactly what form these gestures will take and how long they will run are expected to be part of the discussions in Thursday’s meeting. 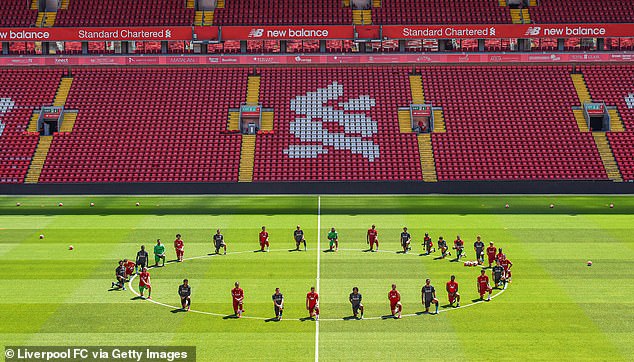