Home » Soccer » 'It was like they won the league!' – Ashley Young slams Arsenal's celebrations 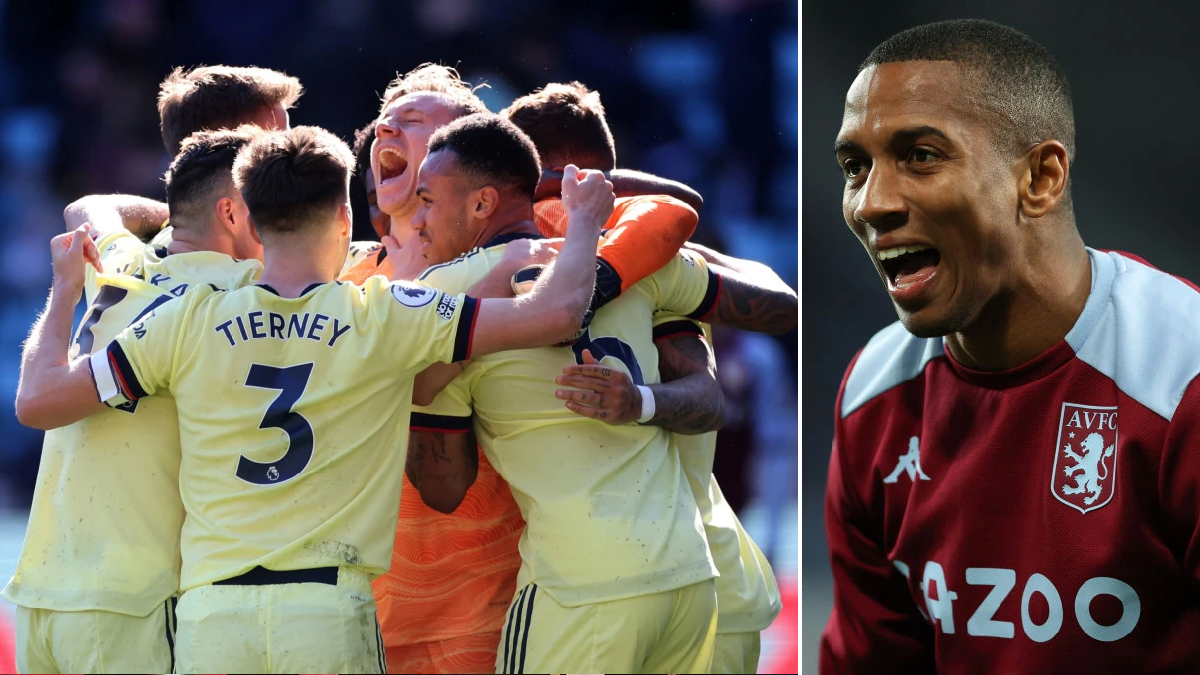 Aston Villa defender Ashley Young has taken a swipe at Arsenal’s celebrations after their 1-0 victory on Saturday and claims the home team were the only side that looked like scoring in the second half.

The Gunners cemented their hopes of securing a top-four finish and Champions League football next season thanks to Bukayo Saka’s first-half goal, with Villa only mustering their first effort on target in the match in the 94th minute.

That save from stand-in goalkeeper Bernd Leno prompted wild scenes of celebration from Arsenal’s players when the full-time whistle was blown seconds later.

The players then stayed out on the pitch at Villa Park for some time afterwards, saluting the away end, singing along with chants and handing over shirts to supporters.

But Young has become the latest opposition player to claim Arsenal’s celebrations went a little over the top – with Wolves’ Ruben Neves also digging out the Gunners last month – and feels it shows how much they had to toil in Saturday’s game.

‘You saw the way they celebrated, to be honest it was like they won the league. But it shows they found it tough.

‘So we want to make it a tough place to come, but we want to be winning games as well.’

Young also felt Arsenal were a little fortunate to leave Villa Park with all three points and says the home side dictated the match in the second half and looked the most likely team to score the next goal.

He continued: ‘In the second half we played much better football, we were all on the front foot and we were looking like the only team that was going to go and get that goal and it’s disappointing we weren’t able to today.

‘Or if one of them [half chances] goes in it puts Arsenal even more on the back foot and the fans get behind us and we go even more full throttle to try and get a second goal. On a different day it could have been a different story.’