Italy pulled out their most complete performance of Euro2020 to beat Belgium 2-1 in Munich to book themselves a place in the semi-finals to face Spain.

The tournament’s entertainers took apart the the talked up favourites with the kind of free-flowing of new and defensive robustness of old to have them dreaming of European Championship glory. They even managed some throwback game management to disrupt the final 15 minutes of what was another standout example this last week of just how intoxicating football can be. The Dark Horses are galloping on.

This is their glory to be celebrated, though one cannot help look to Belgium and wonder if they had let this slip. Not simply this match, which they were never in charge of across 90 minutes and added time. But a Golden Generation now has a quarter-final exit in the most open of competitions to go with 2018’s World Cup semi-final defeat. And for all Roberto Martinez’s affability, questions will be asked of how a collection of such high calibre and wide-ranging talent spent much of this encounter, and others over the last month, hanging back when all their talents lie in the other direction.

Was this an upset? Always hard to say when you are down to eight teams. No doubt the round-of-16 will be remembered most as a treacherous place for favourites. Both these sides put in professional, unspectacular performances to seal their quarter-final spots before the Davids slung their respective shots.

For all the guilty satisfaction of the upset, here was an opportunity to treat yourself with some prime cuts. Indulge in the pace of thought and movement, immaculate techniques and two distinct styles. In the red corner, Roberto Martinez’s 3-4-2-1 offering defined boundaries in which the individual brilliance of Lukaku and De Bruyne can flourish. In the blue corner – though white on the night – Roberto Mancini’s 4-3-3 in which anyone who wants it can get it. 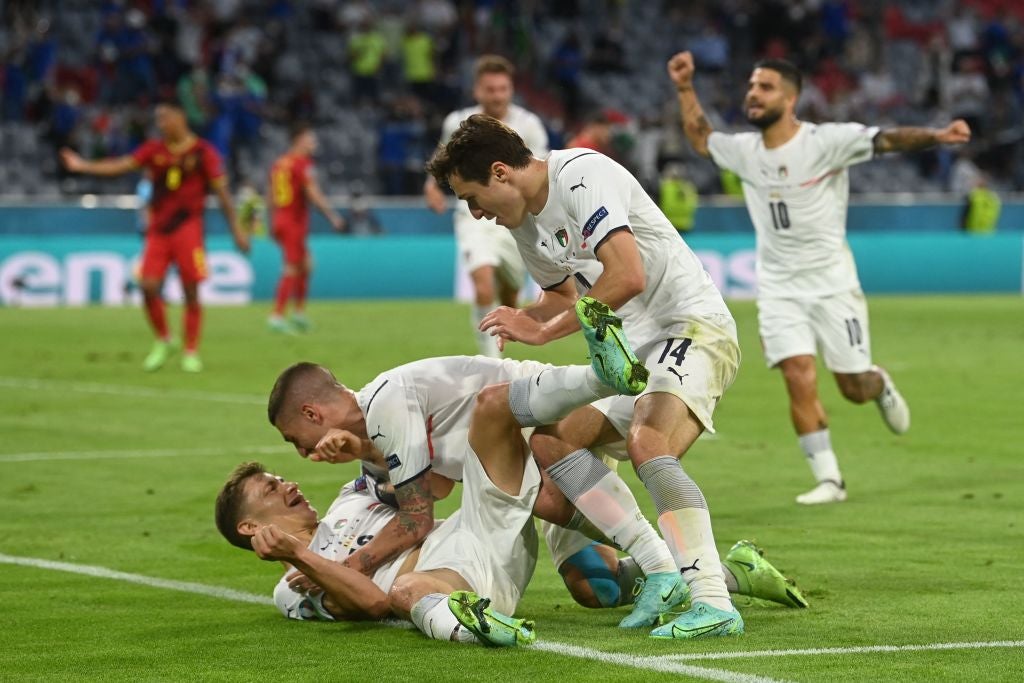 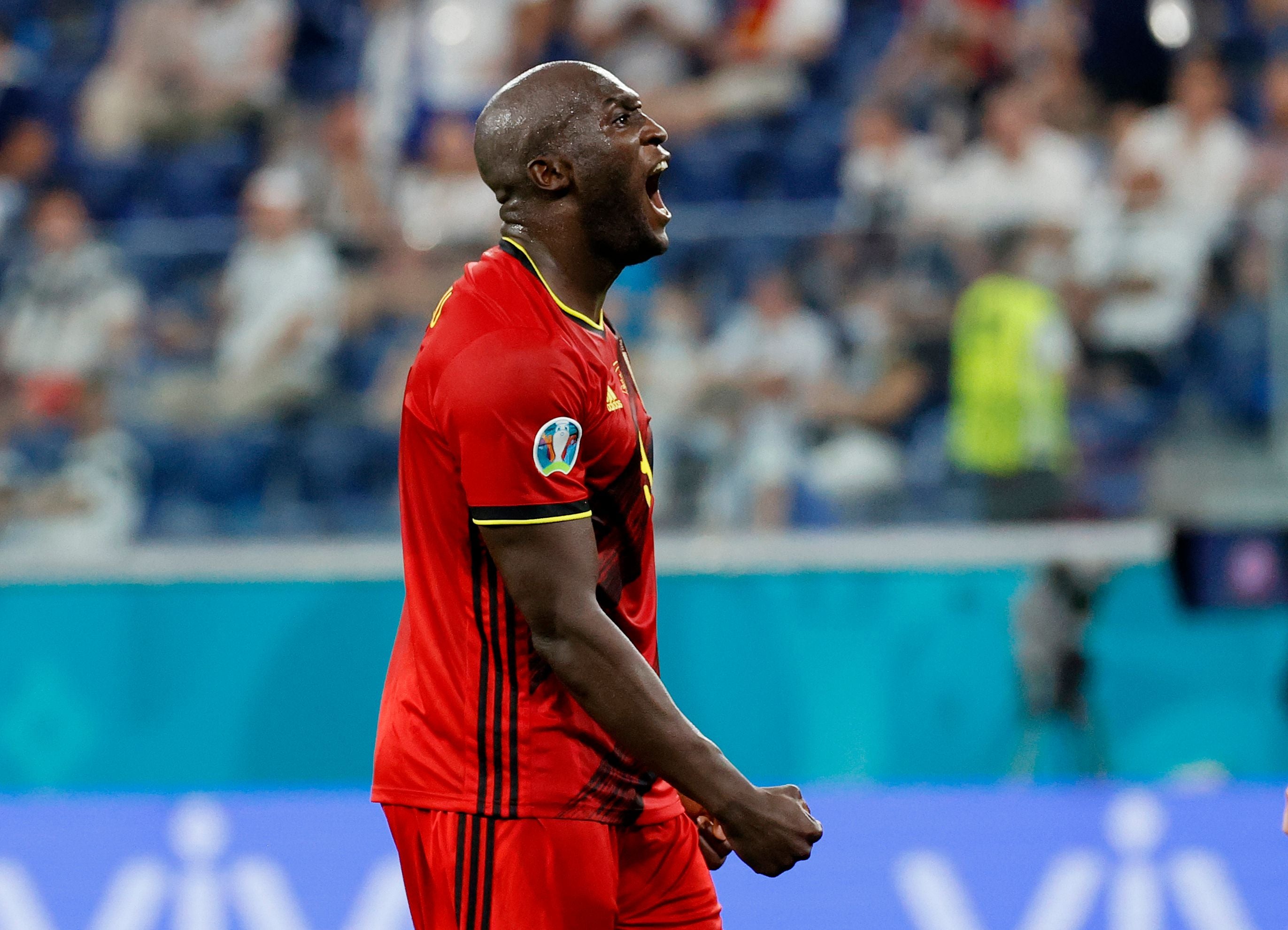 Within two minutes, both teams had openings in the other’s penalty area. That set the tone for the rest of the first half, and then the second. The back-and-forth nature seemingly an homage for the ongoing NBA Conference Finals.

Thus, it was only right that the first two goals were the epitome of football excellence, which essentially has the same markers of others sorts of sporting excellence. Technical things done exceptionally quickly that we, the rest, struggle to register these moments as they happen, never mind understanding how they happen.

The Belgian defence were at one with us for the first Italian goal. A snuffed Italian attack had them thinking forward. Marco Verratti pounced on an unaccompanied ball out of the box, passing instantly to Nicolo Barella, who within three touches had beaten three defenders before whipping the ball beyond Thibaut Courtois and into the far corner with his fourth.

Lorenzo Insigne’s strike was much the same: another high-quality shock from nowhere. Sort of, anyway: the Neapolitan livewire was static when he received possession in his own, going on to impart his own acceleration just as the game as a whole looked to be taking a quick breather. A skip past Youri Tielemans opened up more space and the 30-year-old obliged by opening up his body to send one rainbowing into the top corner.

Just as the game looked to have been sorted a minute before half-time, Giovanni Di Lorenzo’s shove on Jeremy Doku as the latter sprinted to the byline gave Belgium a penalty. Lukaku went down the middle for his fourth goal of the European Championships. And, somehow, Belgium were still alive.

The 2-1 scoreline was an accurate reflection of Italy’s dominance and their part in the excitement. A disallowed goal after 17 minutes – “scored” by Leonardo Bonucci – for offside shook Belgium into action. De Bruyne found his power to burst through the Italian midfield and nearly take Gianluigi Donnarumma’s right hand off with his left-footed strike. That same hand stopped Lukaku placing a shot into the far corner from one of many Red Devil counters.

But Italy did not let the late concession faze them, even if clean sheets have been there thing. Instead, they just assumed more control, popping passes around to draw “Oles!” from the outnumbered Italians in the crowd, all while stepping up to press Belgium’s backline, leading to plenty of interceptions high up. 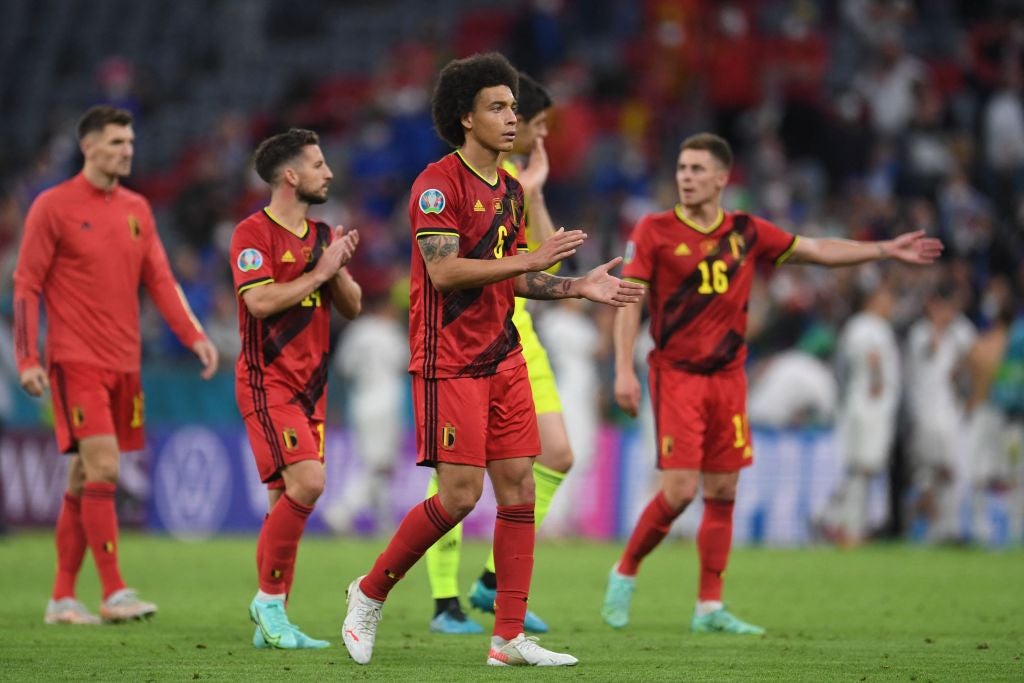 Turning that into opportunities proved slightly trickier. And though Belgium weren’t conjuring much, perhaps as the ankle injury he picked up in the quarter-final against Portugal resurfaced, there were missed opportunities to be replayed in any nightmares that emanate from this defeat.

The best of the lot fell to Lukaku, found again by De Bruyne, this time at the back post. Off-balance, maybe even surprised the ball made it through to him as it slipped through three Italian defenders, a prod diverted the ball towards goal, only for Leonardo Spinazzola to get in the way.

The Roma left-back, very much the tournament’s cult hero, knew little about it. But he was far more engaged when he spotted an opportunity to underlap, finding himself free in the Belgian box. Would there been a more loved goal than the one he might have scored had his first-time volley found the net rather than sailed just wide?

A gut-punch to Italy – and the rest of us – came on 79 minutes when Spinazolla set about on another marauding sprint that he would not complete. In the midst of some calculated time-wasting from the Italians, it was, unfortunately, no play-acting. A torn Achilles was confirmed soon after full-time which rules him out of the rest of Italy’s tournament.

Most dispiriting for Belgium was how little they could do. A troubling lack of imagination and craft. Even some of their uncreative methods needed to be shelved, such as the odd long balls to Lukaku as Italy dropped deep and soaked up all the pressure and celebrated every single little win. Each tackle cheered like a winner, each embrace of the tackler akin to that of family. Giorgio Chiellini, no body part too vital not to sacrifice for the team, revelled in the battle.

Everything Italy did was just more. More of the ball, more of the bidding, more of the brilliance. And, subsequently, more to show for it. They look an irresistible shout to add to their sole European title picked up in 1968 and unquestionably one of the most enjoyable Italian sides in decades.