Lewes FC in action in the FA Women’s Championship

On a residential backstreet in East Sussex, less than an hour from London, the prosecco taps have been turned off, the beach huts sink a little into the banks, and the beat of an absent band hangs in the air. The Dripping Pan is a revolution in hibernation, but it’s not one for hiding.

There may be no chef’s smoke emanating from the old clubhouse, the type that harbours hundreds of stories beneath each layer of paint, but supporters from 27 countries are lighting a fire in its place. A goal behind to Durham after just seven minutes, this is, by Maggie Murphy’s own admission, hardly a headline fixture. But then, Lewes FC, with a stand that seats just 600, but a live stream broadcasting as far as New Zealand, is far more than a spectacle.

“It’s happening on a small scale,” says Murphy, the team’s general manager. “But it’s a cultural change. That’s what we’re trying to do here.”

It started in 2017, when Lewes became the first club in England – and perhaps the world – to split all their resources equally between the men’s and women’s side. “It’s a lot more than just pay parity,” Murphy adds. “It’s every single decision we make.” The fête-like atmosphere of a matchday is just one aspect of the “total radical overhaul” Lewes are pioneering. The women’s team now wear black shorts rather than white, the clubhouse has been altered to become a friendlier space and training times are negotiated, as opposed to being the charity of desolate hours. “We’re not a men’s club by default with a women’s side on its fringes,” says Murphy.

There has been no roadmap to Lewes’ success, no beaten track to follow, just the power of a guiding principle. It has been a challenge, but ultimately an overwhelming success, and in the space of three years – up until the start of the pandemic – matchday attendance quadrupled, despite a significant rise in ticket prices, and the community-owned club now has 1,600 shareholders. 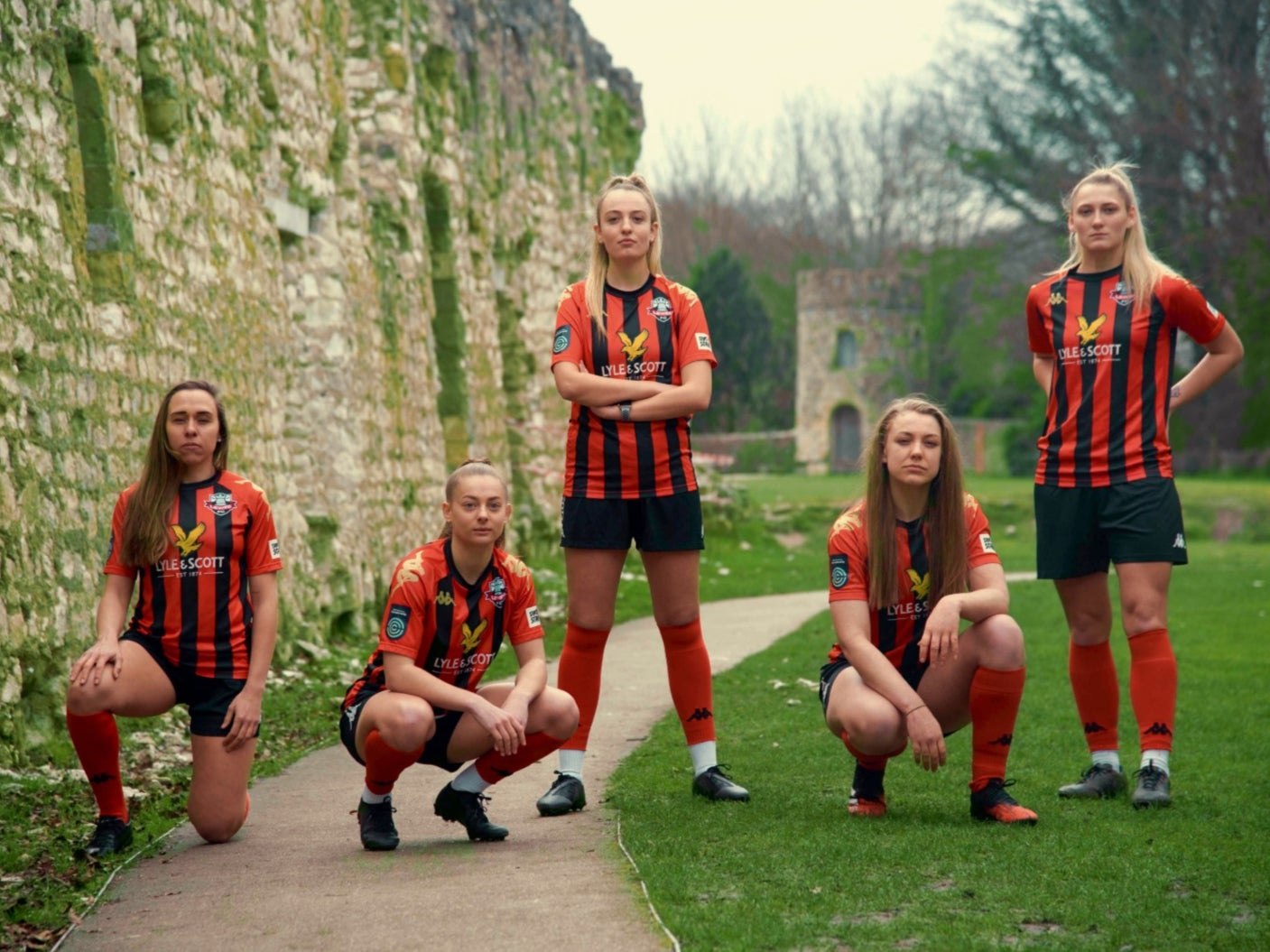 Lewes have recently received a vital sponsorship from Lyle & Scott

“We want to reconfigure how we think of a football fan,” says Murphy. “We don’t have a target demographic; that’s thrown out of the window because this hasn’t been done before. There are lots of people who wouldn’t consider coming to a football game because they don’t think the atmosphere would be welcoming. We’re trying to be more mindful of audiences we haven’t reached. It’s not just women. There are lots of men who feel disenfranchised from Premier League clubs. It’s just having the ability to think with freedom. We’re in charge of the culture, the atmosphere, the food, the bar, and we can change and adapt things like others can’t.”

Like any trailblazing force, though, there have inevitably been attempts to douse Lewes’ flame. In 2019, one of the club’s own directors, Barry Collins, resigned due to what he perceived to be an “internal crusade”. “The club has become overwhelmed by the single issue of the equality campaign,” he wrote in a statement explaining his decision to stand down. “I joined a football club and feel like I’m leaving a political party.”

For Murphy, dissenters – “we still have plenty, telling us we’re naive or wrong” – only re-emphasise the vital role Lewes can play. “We had to stay resolute,” she says. “It has taken time. It’s been hard. People have resented what we’re doing. But we’re still committed and it’s turning into better results on and off the pitch.”

It is not uncommon now for players of a high calibre to approach Lewes, such has become the magnetism around the club, with several signing from the US. They are currently sixth in the second division, pursuing globally recognised names like Liverpool and Leicester. Off the pitch, though, it has often been harder to “prove we’re not a gimmick”, and until the club received a £100,000 sponsorship from Lyle & Scott in December, the pandemic had Lewes teetering towards oblivion.

“It’s taken three-and-a-half years to show people we’re 100 per cent serious about what we’re doing,” says Murphy. “It’s not a bit-part fashion, not a wear-a-t-shirt campaign, not an equality month people can tweet about. It’s enshrined into everything we do at the club. It’s difficult. That’s why we are still the only club who’s done it.”

The greater question now is whether others will pick up the mantle. This year marks the 100th anniversary of the FA’s 50-year ban on women’s football, and Murphy believes it is still “a matter of decades” until any form of broader equality is even imaginable.

“Throughout the ban, any women who were interested in football were sidelined, marginalised, pushed out and told it wasn’t a valid space for them to be in,” she says. “Those stereotypes are a lot harder to shift and that’s why it’s so important to address culture. We’re still far away from catching up in terms of investment, but it’s those stereotypes and the discrimination that festers which is harder to change. A cultural shift is crucial to really unlocking and unleashing the power and potential for women in football.”

And so while it may still be quiet at the Dripping Pan, the echoes of what’s being achieved at Lewes are reverberating louder than ever. Once dismissed as fanciful thinking, the club’s ideals are now a success in hardened reality, a focus point and force for change that football needs and deserves. When the taps start to flow again and live music fills the air in Lewes, it’s not just an attempt to capture people’s imaginations, it’s the smell and sound of hope that years of ingrained inequalities are slowly starting to be rewritten.

“Any of the big clubs could take a decision to treat their U8s team the same, then their U9s team the same, and within 10 years you’ve revolutionised football,” Murphy says. “That’s what they could be doing. It’s not impossible.”