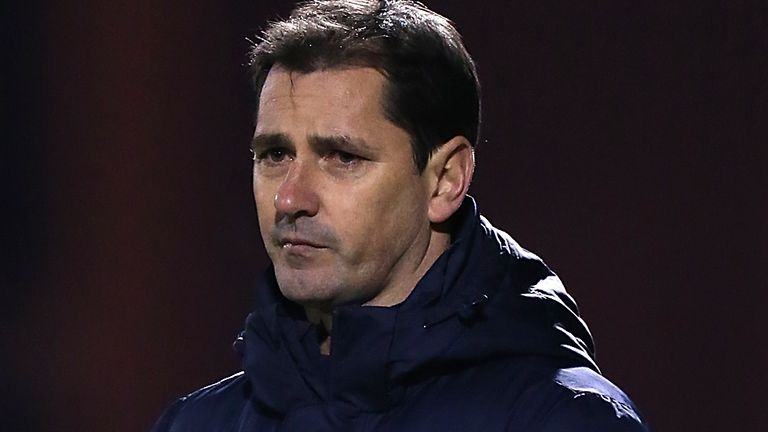 Jackie McNamara has paid tribute to healthcare workers who saved his life, in his first public message since suffering a brain haemorrhage two months ago.

The former Celtic, Aberdeen and Scotland full-back was taken to Hull Royal Infirmary after collapsing near to his home in York in February.

After waking from a coma and spending several weeks recovering in hospital, the ex-Dundee United and Partick Thistle boss says he now hopes to return to life as normal, with the aim of eventually getting back to work.

“Delighted to share my first message since my health scare in February. I would like to thank everybody for their messages of support,” the 46-year-old said in a video posted on YouTube.

In a week where statements have dominated scottish football, we have a statement of our own, about @Jackie_Mc4 one of our own. https://t.co/MGLjIxVZfw

“To the paramedics that helped save my life to start with and get me to hospital and the neurosurgeons who did the operation after my brain haemorrhage.

The backroom decision which sent Arsenal spiralling into current crisis