Jadon Sancho would be willing to put his differences with Pep Guardiola aside and join Manchester City this summer if Manchester United fail to meet Borussia Dortmund’s £116million valuation of the forward. That’s according to a report in The Sun, which claims the youngster is fearing being left in limbo this summer.

Sancho’s future continues to be a source of speculation ahead of the summer transfer window.

The Englishman is believed to be United’s top target, but the transfer fee could prove to be a stumbling block.

The Red Devils will apparently only pay £70m for a single player, but Dortmund want a fee significantly higher.

The Bundesliga giants want £116m for the youngster they signed for just £8m back in 2017.

JUST IN: Gary Neville calls for Alisson to win Player of the Year ahead of Van Dijk with Man Utd comparison 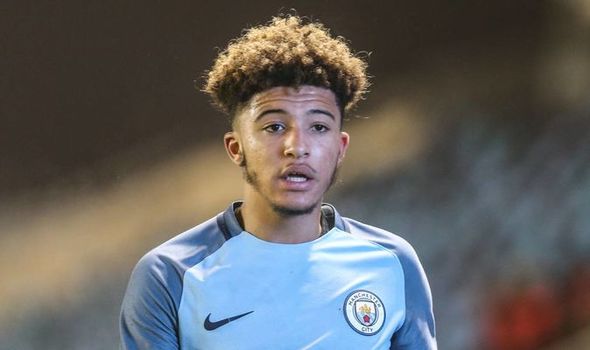 Sancho left Manchester City in the search for more game time after turning down a £30,000-per-week contract, which would have been a record for the Citizens’ academy.

The English wonderkid apparently fell out with Guardiola after failing to report to the team’s pre-season tour in 2017 in the build-up to his exit.

However, he would be reportedly willing to bury the hatchet and return to the Etihad if United look elsewhere and City make a move.

The Premier League champions aren’t currently in the running to sign him, but that could change if they end up selling Leroy Sane to Bayern Munich.

United have been linked with Sancho throughout the season, and Andy Brassell believes the deal was almost certain to take place this summer before the coronavirus pandemic hit.

He said on Premier League Productions: “If you had asked me before the pandemic, I would have said it was certain, it looked like the interest in him from Manchester United was very mutual, and Manchester United have got the money to make it happen.

“What changed things is the fact that Ed Woodward said people shouldn’t assume they were going to go out and make massive signings.

“I think the thing is with Sancho and Borussia Dortmund, the relationship has always been good. 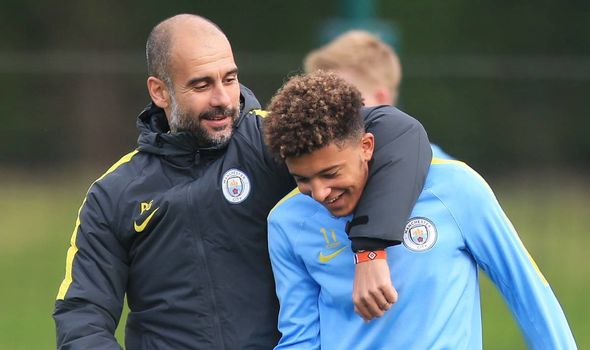 “It’s always been mutually beneficial, and there’s never been a sense that Sancho will force his way out, demand to leave, stop turning up to training or anything like that.

“The idea that United are going to get a massive discount on a fee which will be about £130m or £140m is absolute nonsense.

“If he stays there for an extra year, Dortmund will be happy and Sancho will be happy enough to get on with it. He loves the environment, he loves big games, he loves playing with the players he plays with and the sort of football they play.

“I don’t think there’s a case of United smoking him out. Either they’re going to pay the money Dortmund want or it’s simply not going to happen.”

Aubameyang advised to ditch "failing" Arsenal by his FA president