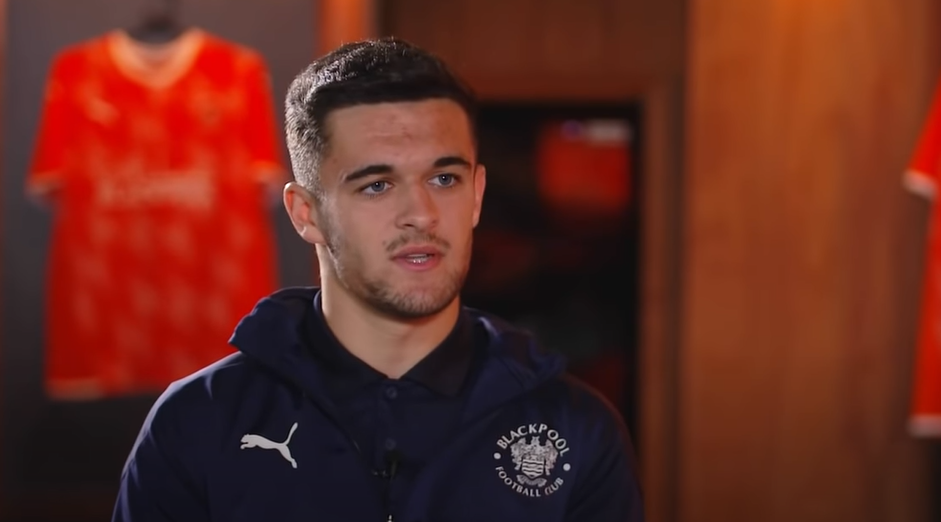 The public and media have rightfully reacted with overwhelming praise of Jake’s bravery, and he’s even received support from some of football’s leading lights – including Gary Neville and Harry Kane.

At just 17, it’s hard to express just how much courage Jake’s decision takes.

But, through all the noise and celebration, it’s important to remember that Jake has the right to live a normal life as a young person. Indeed, in Jake’s statement, he states this as a major motivation for coming out: a desire to live his life openly and as his true self.

In contrast to the lurid coverage that greeted Justin Fashanu all those years ago, there was a joyous overtone to the front pages of the national papers – something that would have been unthinkable even a decade ago.

It can only be an inspiration for other gay and bi male footballers who may have felt compelled to hide who they are for it harming their careers, and indeed LGBTQ+ people up and down the country who don’t feel they can yet be open in their own workplace.

But for Jake, the story of his coming out will not stop with this week’s headlines.

We are proud to provide ongoing support to Jake, his close network, and Blackpool FC to navigate the challenges of coming out in the public eye. We all now have a responsibility to let him live his life away from the constant media and public attention.

Coming out is a personal journey of liberation and living your life without having to hide who you are – it’s joyful and freeing. But it’s not about being a spokesperson for LGBTQ+ people.

While the support he’s received has been fantastic to witness, he must be given the space he needs and deserves to thrive as himself.

Time after time when public figures come out, they are met with a barrage of coverage that scrutinises their every move. This is partly because the media and public – subconsciously or consciously – view them as a representative for LGBTQ+ people in their field.

We should never underestimate the courage it takes to come out and public support can be an important affirmation of their decision – but this can quickly turn into unwanted attention.

One of the joys of coming out is the freedom to be unapologetically yourself but that is taken away from you if your actions and words are constantly surveilled.

The impact of Jake coming out is incredible and we hope it will encourage others to feel free to be their authentic selves, whatever sport they play.

While the spotlight is now rightfully on Jake, we shouldn’t forget what led to this moment.

There’s been a tremendous shift in public attitudes towards LGBTQ+ athletes over the past five years and this is thanks to a concerted effort by sport’s governing bodies, athletes and activists to stand up for LGBTQ+ inclusion.

Our Rainbow Laces campaign re-launched in 2016 and since then we’ve seen concerted effort to create genuine change. English football, the FA and the Premier League – as well as virtually all the major clubs – have embraced this effort to shine a light on LGBTQ+ inclusion.

Rainbow Laces has an incredible impact on how people feel about LGBTQ+ athletes and fans. Our research shows that nearly two thirds of Britons people (65%) think it’s important homophobic, biphobic and transphobic language is challenged at live sporting events and the same number think that local sports clubs should be welcoming to LGBTQ+ players.

While homophobic ‘banter’ was once an acceptable feature of men’s football, it’s a relief to see the tide turning against anti-LGBTQ+ sentiment.

But, despite changing attitudes, we know the fight is far from over. Across Europe, eight in 10 (82%) LGBTQ+ people have witnessed homophobia, biphobia and transphobia in sport in the past 12 months and in Great Britain nearly half of LGBTQ+ people (43%) think public sporting events aren’t a welcoming space for them. A third of LGBTQ+ people who participate or follow sport (33%) aren’t out to anyone in their sporting life.

Jake’s bravery should give us optimism for the future, but we shouldn’t pretend that the story is over.

We must now renew our fight for a world where anyone – whoever they are – can play the sports they love without facing abuse or discrimination.

Progress is never about one person but a collective push for change. Football has the incredible power to bring us together – people of different faiths, backgrounds, gender and sexuality unified in their love of the beautiful game.

So where do we go from here?

Let’s not pressure a young person to bear the burden of changing the world of sport. Instead, let’s all come together to call for change and show our visible support for LGBTQ+ athletes, players and fans – those who are out and those who are not.

We can challenge homophobic, biphobic and transphobic ‘banter’, wear our Rainbow Laces, cheer on LGBTQ+ fan groups and, ultimately, create an environment where everyone feels free to be their true selves – both on and off the pitch.

Being able to thrive as your authentic self is life-changing, and that’s something we can all agree on – and fight for.

We are lucky to exist in a moment in time where we can witness Jake Daniels – and hopefully many more to follow – do exactly that.