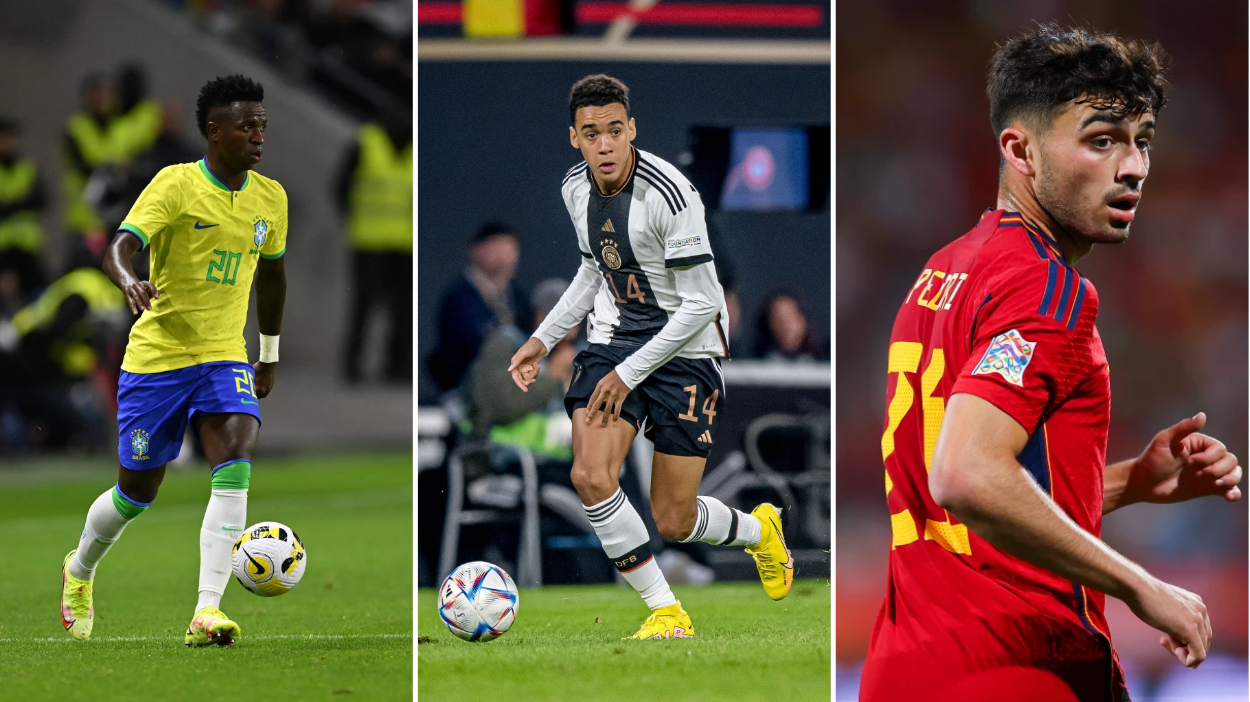 Cristiano Ronaldo and Lionel Messi will join the select band of players to appear at five World Cup finals in Qatar, but the days of the two modern superstars dominating large parts of every preview guide are in the past.

While Qatar 2022 offers Ronaldo and, more realistically, Messi one final shot at World Cup glory, a new generation of talent is waiting in the wings ready to seize the limelight.

Still only 23 but already a World Cup winner Kylian Mbappe is best placed to inherit the mantle of the world’s biggest name but there are a host of younger men snapping at his heels for who this World Cup offers a golden chance to burnish their reputations.

At 22, Real Madrid forward Vinicius Junior is a two-time LaLiga champion and Champions League winner preparing for his first World Cup. Having blossomed in the spotlight of the Bernabeu, the quicksilver forward could be the star attraction in a Brazil team brimming with talent.

Spain midfielder Pedri turns 20 in the tournament’s first week but is already the beating heart of La Roja, the latest in a storied line of diminutive Barcelona schemers who gave notice of his talent and maturity at last year’s European Championship.

Jude Bellingham is another teenage midfielder showing age is no impediment. Already capped 17 times by England, this World Cup is set to be the stage on which the Borussia Dortmund starlet becomes one of the Three Lions’ central figures.