DOMINIC KING: James Maddison’s selection reveals the joy and zest Gareth Southgate wants to see from England at the World Cup… recent squads have been overloaded with defensive-minded players, but this one has a happily different feel

James Maddison slunk out of Goodison Park and had a clear message for anyone who wanted to discuss his prospects of going to Qatar.

He had been advised by his club not to talk about England and the look on his face suggested he was braced for disappointment. Brendan Rodgers, in another part of the stadium, was similarly pessimistic about Qatar featuring on his midfielder’s agenda. If only they had known the reality.

Gareth Southgate had decided two weeks ago that Maddison would be in his 26-man squad for the World Cup and took great delight in punching his number into his phone on Thursday morning to give him the news that he needed to cancel all his plans. It was a story he enjoyed recanting. 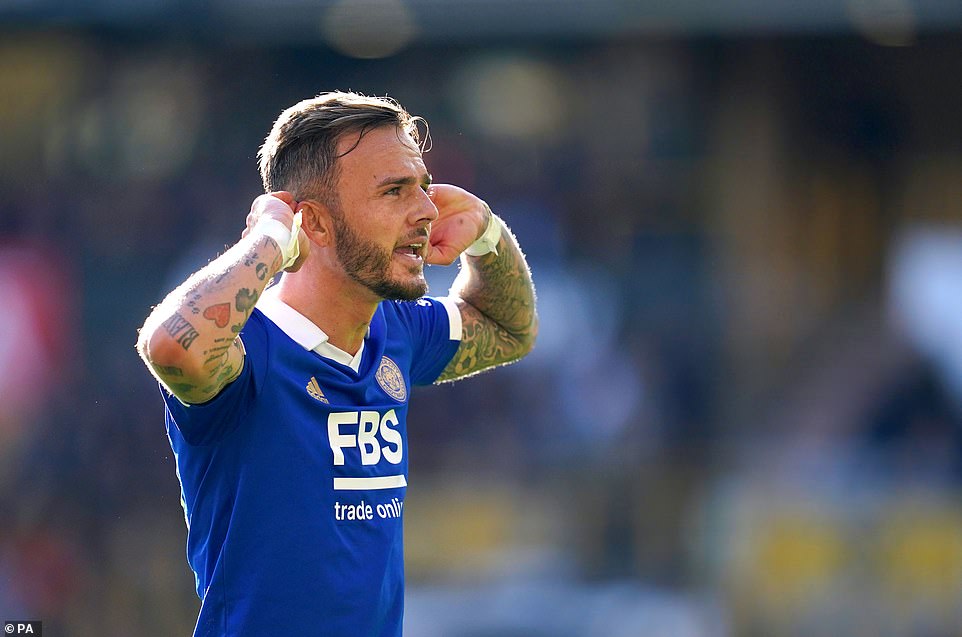 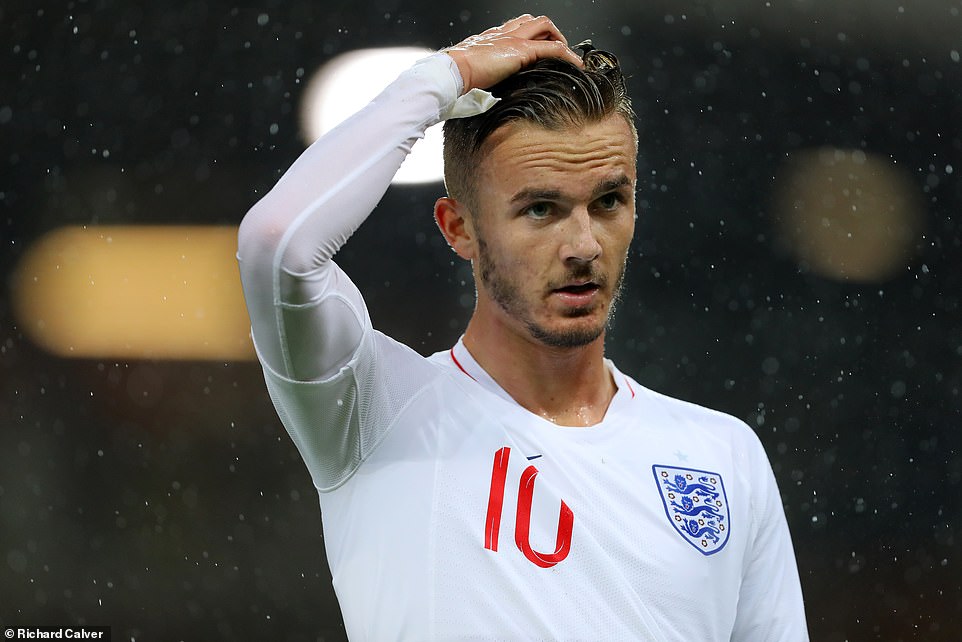 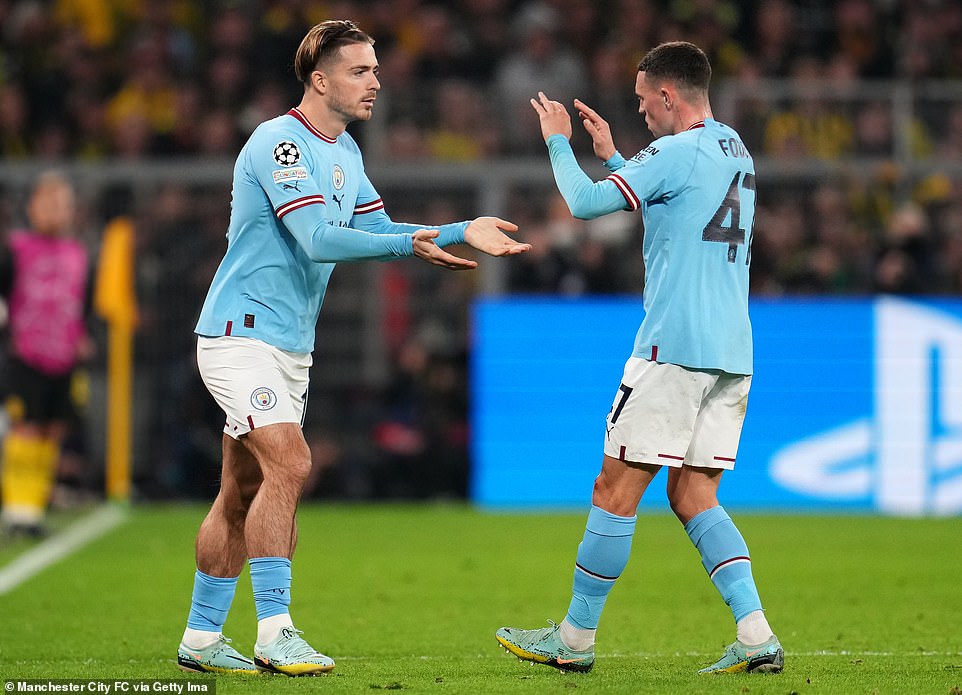 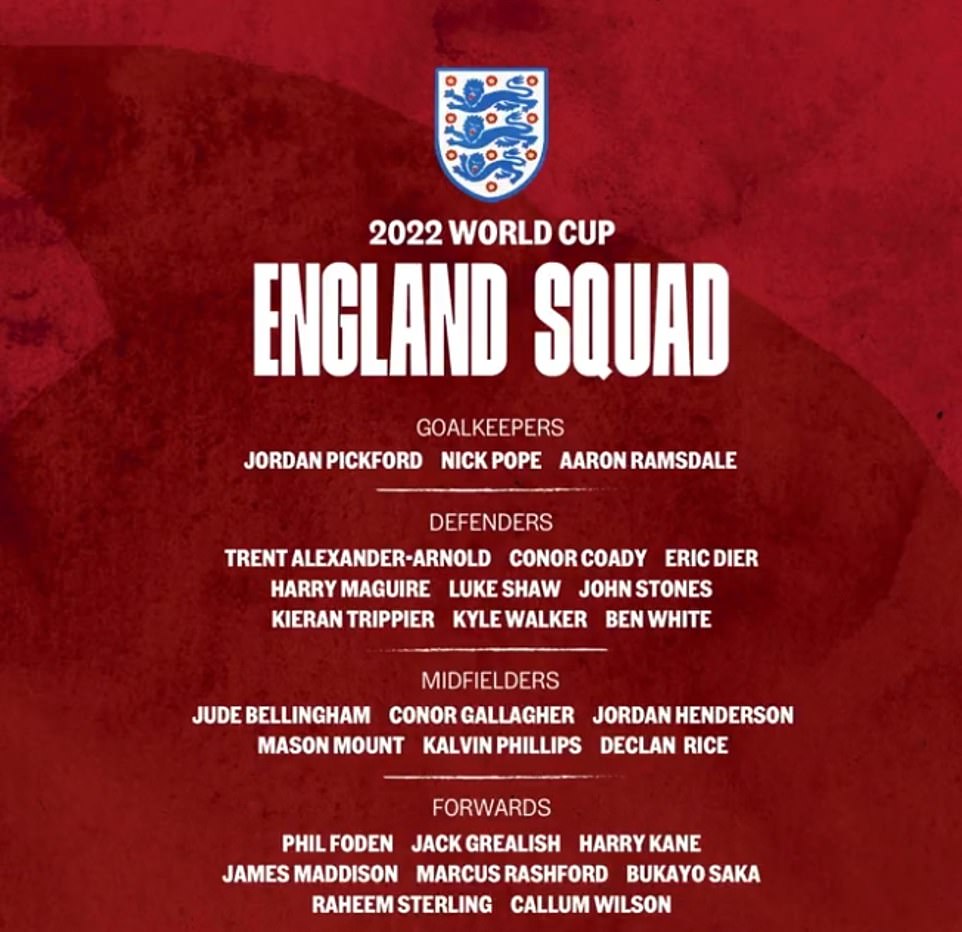 Southgate had every right to feel content, as it told us a couple of things. The first is about Maddison’s standing in the Premier League.

He has matured, he’s in the form of his life and to have left him on the outside looking in would have been risible.

The second revolves around the make-up of group that will fly to Doha next Tuesday.

Plenty have Southgate down as man who concentrates on safety first but opting to choose someone who plays with joy and zest reveals what he wants to see from England when their campaign begins.

Too often Southgate’s squads have been top heavy with defensive-minded players – he picked 14 of that type for the September dates with Italy and Germany – but the list that was published at 2pm had a happily different feel. Where there was once grey there was now colour.

Maddison was one of eight England forwards – Brazil, as a comparison, selected nine – and he is performing better than many of his colleagues.

The question now is what role Southgate chooses to give him in the opening contest against Iran on November 21.

‘He is playing really well,’ said Southgate, who has always maintained he picks players on form.

‘Ahead of the European Championships (last year) he was not in contention. I think him not being (in the squad) in September was a fair debate but he is certainly playing as well as any of the attacking players in this country. I decided a couple of weeks ago (to pick him).’

Good. Maddison’s international career amounts to 34 minutes but it would have been farcical had Southgate left him out, a move that would have left plenty believing a misguided trip to a casino in October 2019 – after he had dropped out of a squad with illness – counted against him.

‘I did not have a problem,’ Southgate insisted. ‘It was unfortunate for him personally because it became a big issue but there was not the drama for us that it seemed to be for everyone else. It’s just that he has always been up against really good players.’

Now Maddison is ahead of them and it was intriguing to hear Southgate list his abilities, such as proficiency with shots from distance and the accuracy of set pieces that will be key weapons, when trying to break down nations whose first instinct is stubbornness and self-preservation.

Here, potentially, is an England squad to excite.

Trent Alexander-Arnold, who made the cut with Reece James absent, is another who can play the type of balls that will get Harry Kane, Marcus Rashford and Raheem Sterling flying forward; Bukayo Saka is another with a licence to thrill. 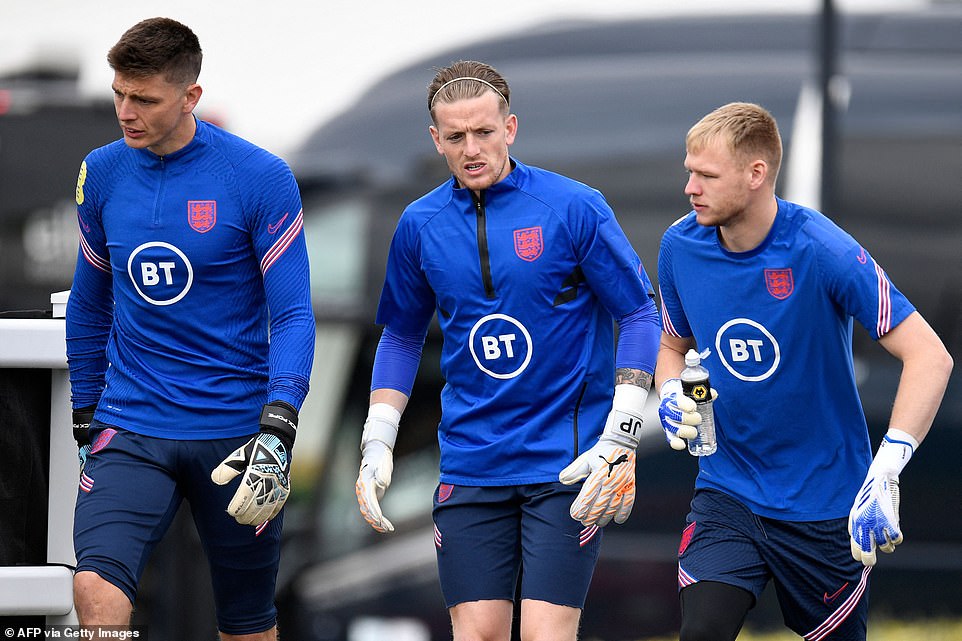 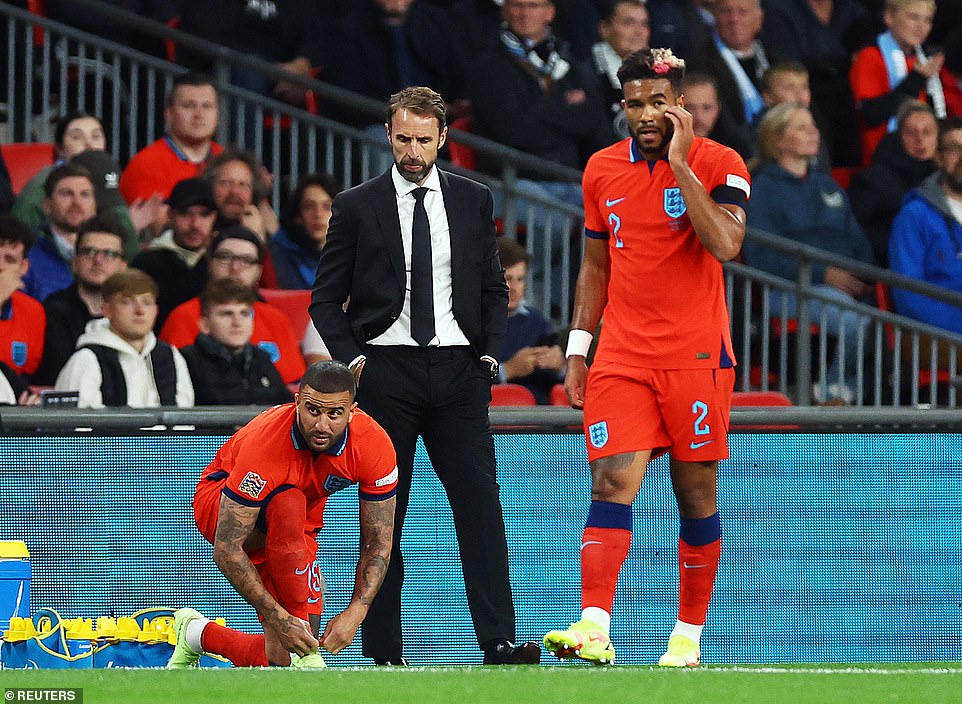 Gareth Southgate (centre) has picked Manchester City star Kyle Walker (left) despite him still recovering from a knock, especially in light of fellow right back and Chelsea defender Reece James (right) missing the tournament through injury 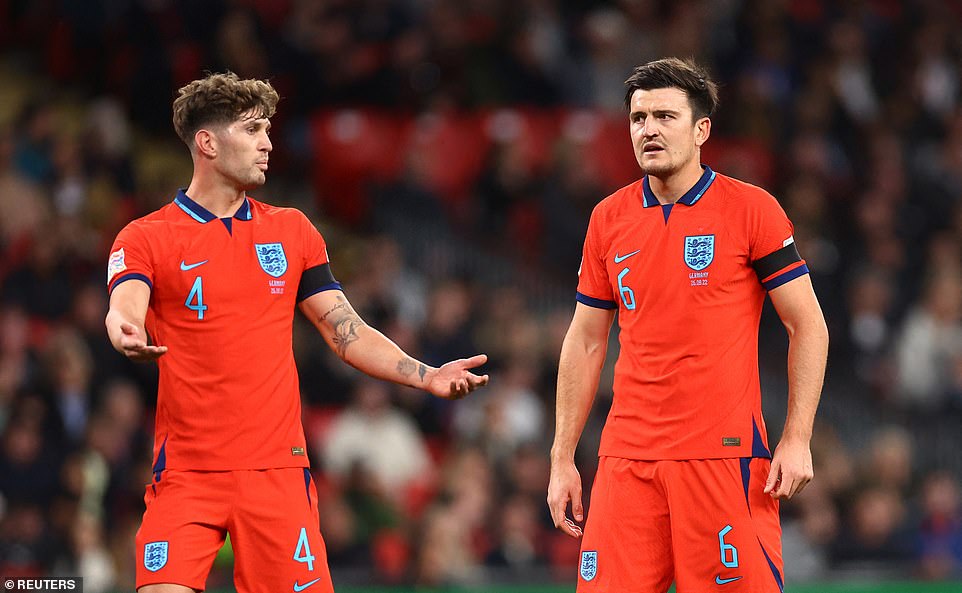 John Stones (left) and Harry Maguire (right) could well be England’s starting centre back partnership at the Qatar tournament – and while previously Southgate, 52, has selected too many defensive-minded players, that is not the case this time around 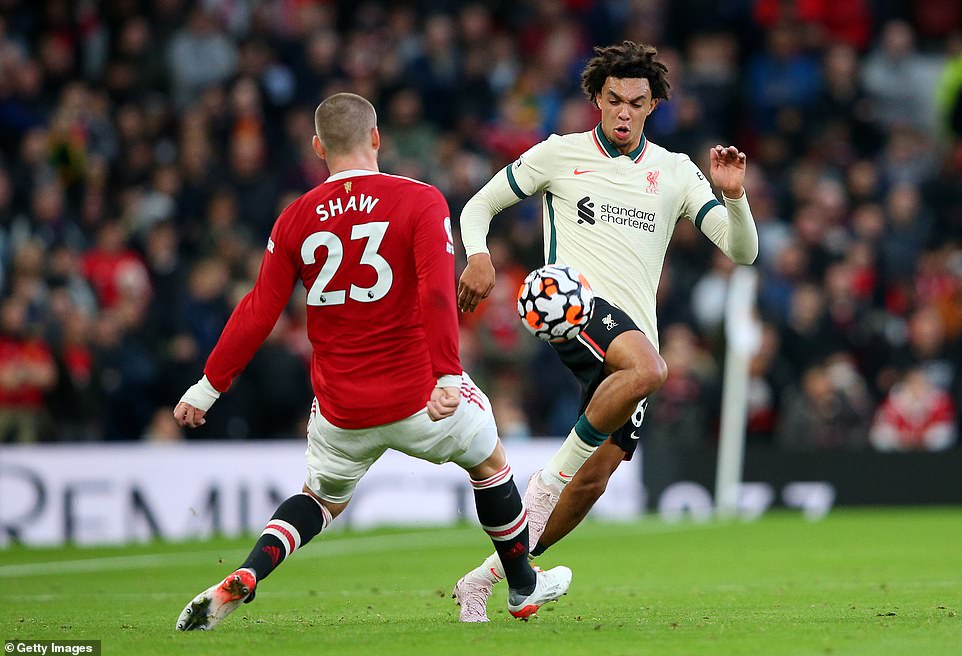 Trent Alexander-Arnold (right) is one of the options on the right-hand side, while Luke Shaw (left) is the only natural left back 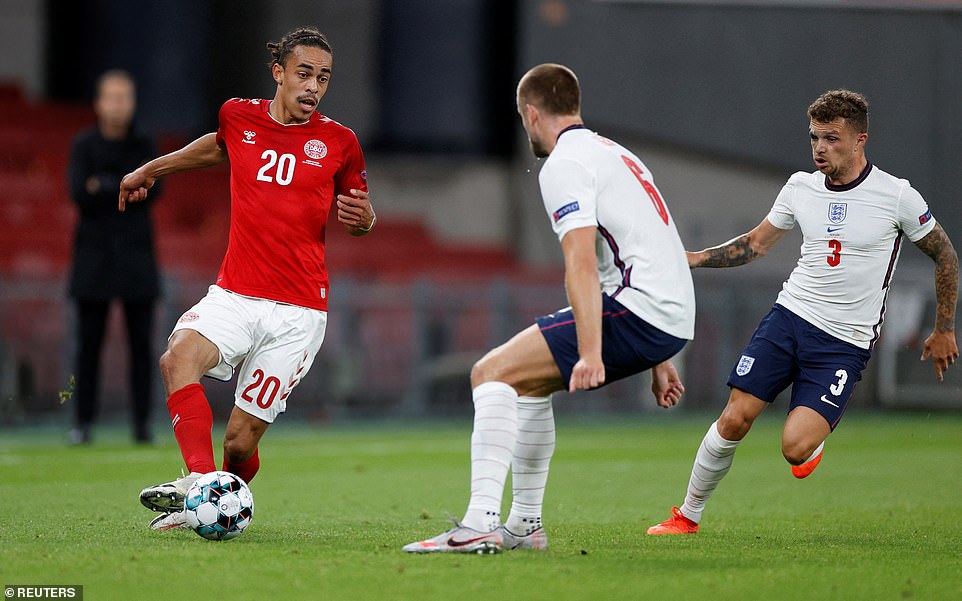 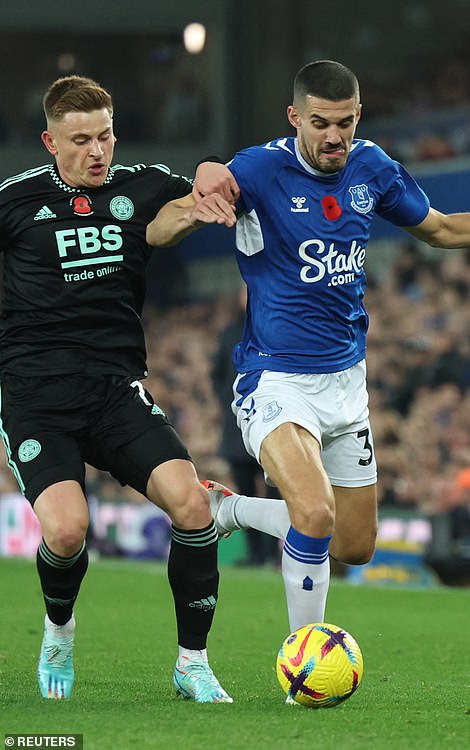 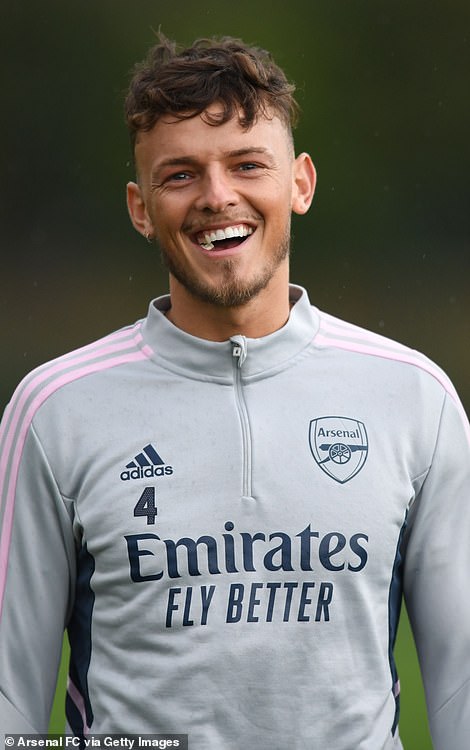 Naming Conor Gallagher as an extra midfielder, rather than picking another defender, also pointed to Southgate knowing that England should impose themselves on the tournament, rather than hoping to grind their way through the opening exchanges.

True, there are some concerns. Kalvin Phillips, Southgate conceded, will not be able to play every minute of every match after an injury-ravaged campaign; Kyle Walker, his Manchester City team-mate, is also being nursed back to fitness while Harry Maguire’s lack of minutes are a worry.

Yet, saying that, the difference in Southgate’s mood could not be missed here. In a number of camps this year, he has looked jaded and worn, but there was a freshness about him once more as he fielded questions, insisting it is a privilege to going to a fourth World Cup with England.

He chuckled when asked if these were the men who would finally get England across the line, aware that expectation is starting to intensify, but his belief in them – not least Maddison – was inescapable. 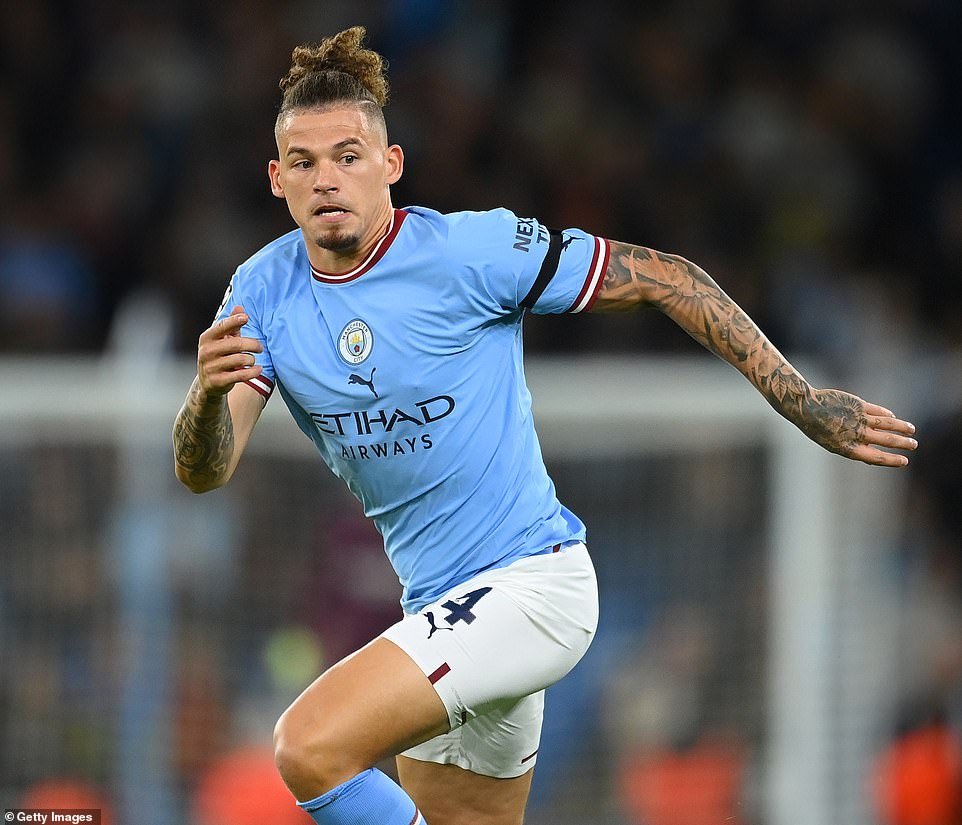 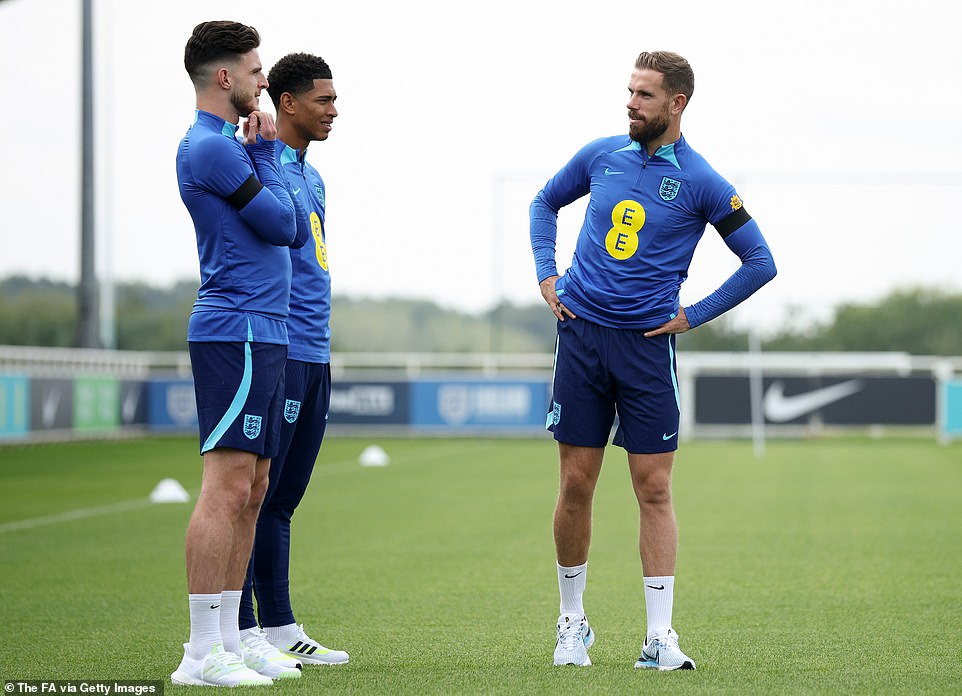 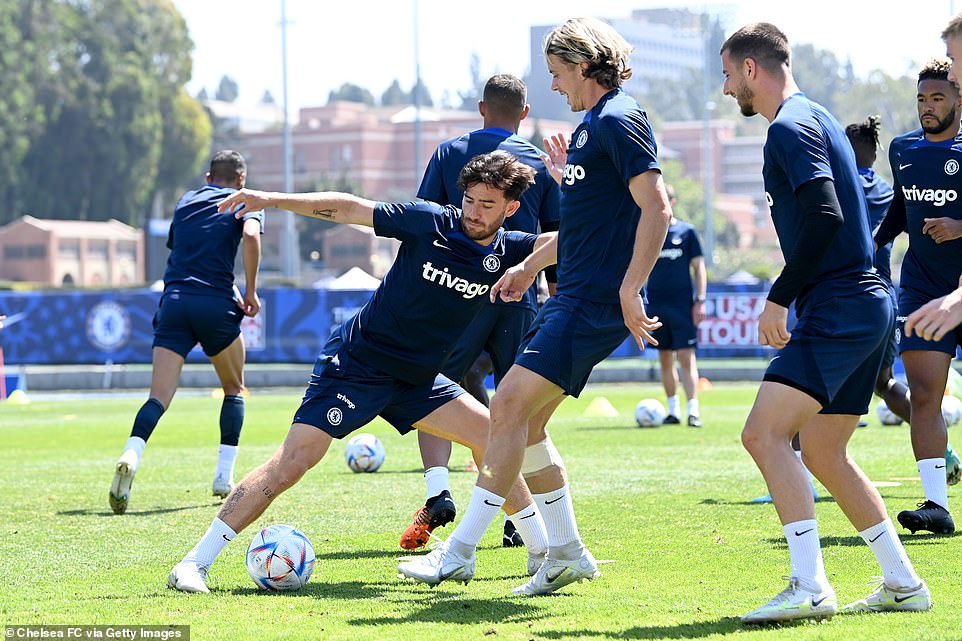 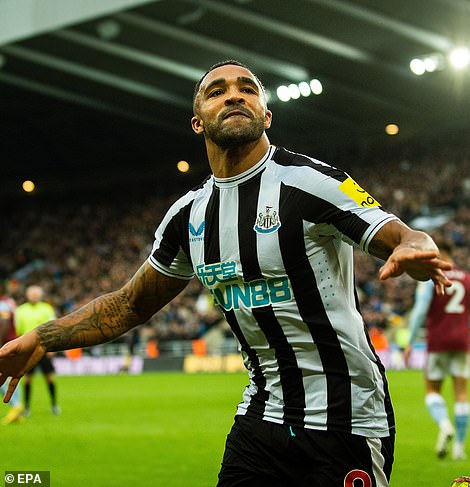 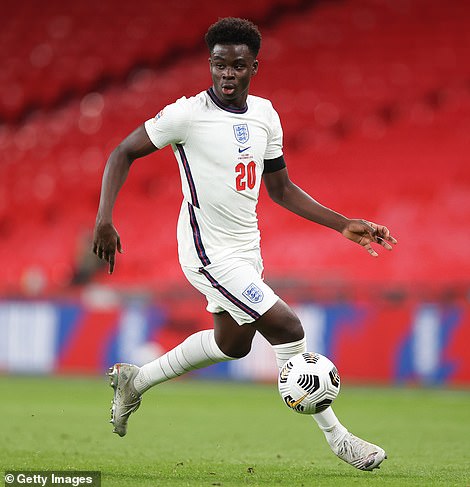 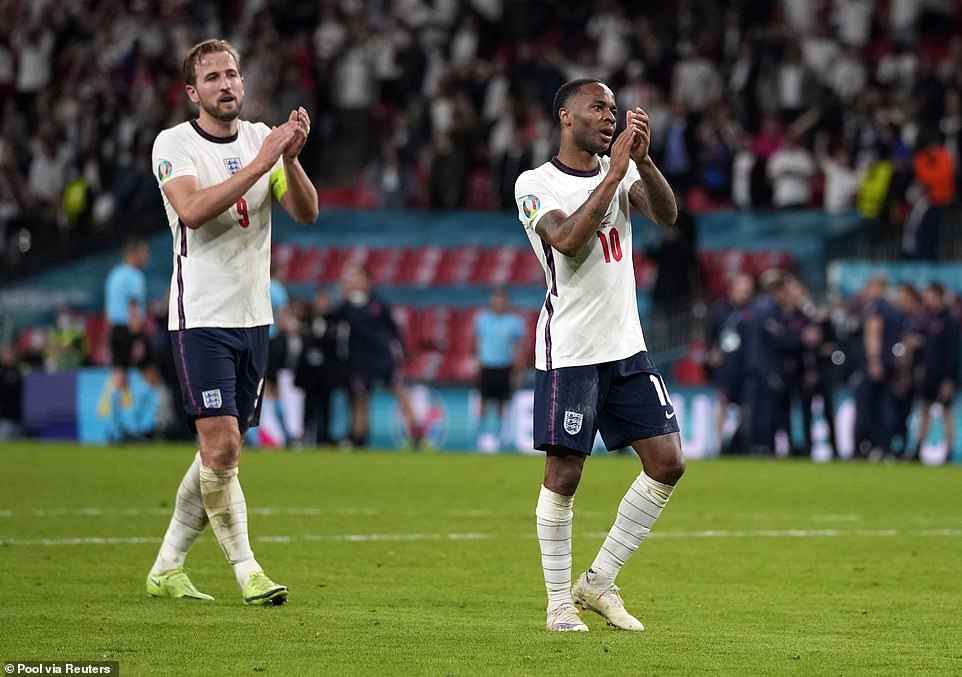 ‘Having 26 players we have been able to take a couple of risks that we might not have been able to with 23,’ said Southgate. ‘But we think the balance is there and we have cover in positions we need, we are lighter in depth in some positions but we feel we have everything covered.’

To this point. There are still a round of Premier League fixtures to be completed and the potential for injury to rob someone of their dreams but that is out of Southgate’s hands.

All he can do is watch and wait and hope those in whom he has invested his faith come through unscathed.

‘It is a unique situation for everybody,’ said Southgate. ‘This tournament, the timing of it and the obstacles just to get to this point medically as much as a anything. We’ve got to adapt better than everybody else.’