James Ward-Prowse says England should embrace the dark arts after he was accused of cheating at the end of England’s 1-0 win over Iceland. The Three Lions midfielder appeared to twist his studs into the penalty spot shortly before Birkir Bjarnason sent the vital kick ballooning over the crossbar.

ITV pundit Roy Keane accused him of “cheating” adding, “I don’t like to see that”. However he was defended by Ian Wright, who said, “If that happens in a major competition and England get something from it, I’m not going to complain.”

The player himself tiptoed around his spot of bother rather more carefully that he had managed to step around the small white circle in the Laugardalsvollur pitch.

But he was certainly not ashamed of any of the skulduggery he revealed he has been learning as anything but a Saint under Ralph Hasenhuttl at Southampton.

“It wasn’t any digging of the spot, it was more just delaying the penalty,” he said. “It was a bit of a mad few minutes. 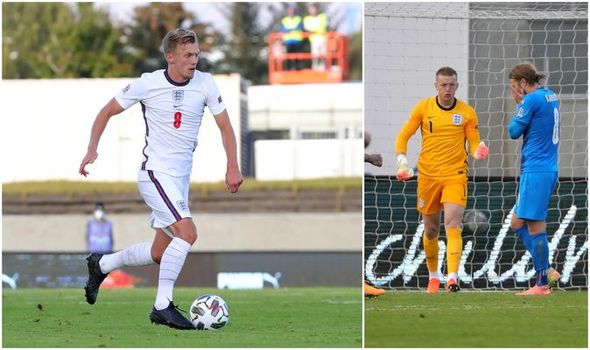 “We’d just obviously scored what we thought was the winning goal and then we faced the penalty so it was more a delaying tactic just for everyone to get their heads together and prepare for the penalty.

”Thankfully it went in our favour.

“There are certain scenarios in a game and you have to take yourself out of the situation and see what is best at that time.

“We maybe had the reputation of being a bit too nice and we have maybe had to show a bit more aggression and a bit of that darker side in order to help us win games.

“It’s just something that I have learned along the way.

“And it’s something which we can all take forward for sure. It’s an important factor in the modern game.”

The late drama came just minutes after Raheem Sterling clinched the game with an England penalty earned despite having been reduced to 10 men following the sending off of Kyle Walker.