Liverpool legend Jamie Carragher “admires” Ole Gunnar Solskjaer for benching Paul Pogba in the last few Manchester United games as he doesn’t think the Frenchman can play alongside Bruno Fernandes. The Portugal international has been a revelation at Old Trafford since joining in January, helping United go unbeaten in the second half of last season.

At the time of his signing, it raised further questions over Pogba’s future at the club amid strong speculation he was looking to leave.

Those rumours soon went cold after the outbreak of COVID-19 with Pogba said to be looking forward to forming a partnership with Fernandes.

They finally got the chance to play alongside each other in the Premier League restart and showed some promising signs.

But Solskjaer has recently decided to drop Pogba from the starting line-up with Fernandes given more freedom to roam forward with Scott McTominay and Fred in behind him. 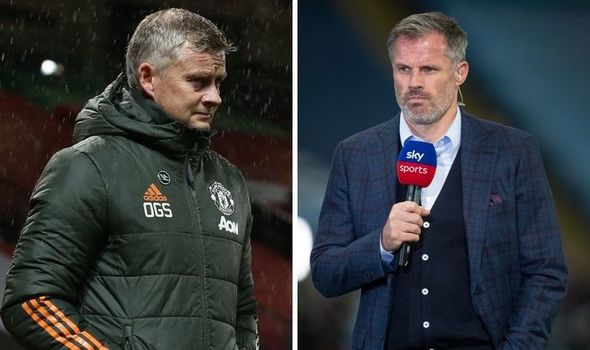 Carragher was left confused at the signing of Donny van de Beek in the summer with the midfielder playing a similar role to that of Pogba and Fernandes.

But the Liverpool icon has praised Solskjaer for making the big call to bench Pogba, who remains United’s club-record signing having cost them £89million.

“I actually admire Solskjaer for putting Pogba on the bench,” Carragher said on Sky Sports.

“I said here a few weeks ago, after the Crystal Palace game, Fernandes and Pogba, they’re not a midfield together, they can’t play together and they never will be.

“Van de Beek, I don’t understand the signing I really don’t, I don’t get how he’s ever going to play or where he’s going to fit in.

“As soon as he was signed my thought was he plays No 10, Fernandes plays there, Pogba can play there and you look at it now, and it’s better for the team in terms of having Fred and Scott McTominay there.

“But Fred and McTominay in there aren’t good enough for Manchester United, or to challenge for the Premier League either.

“And the big problem for me is Paul Pogba, it has been for a long time. 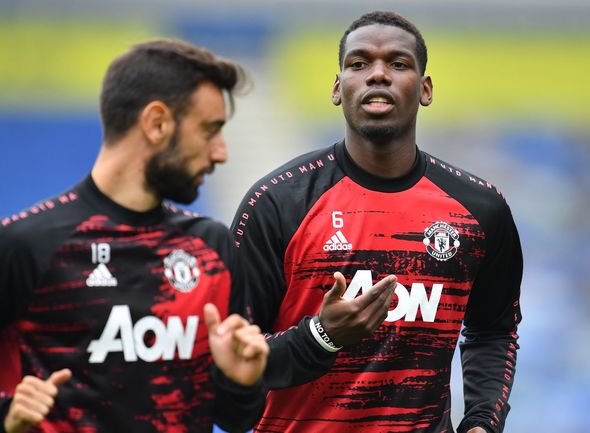 “Bruno Fernandes is the man in that No 10 position, but I don’t know how Ole can continue to not pick a £90million player so he will get back into the team.

“But for me, him and Fernandes will never work.”

United drew 0-0 at the weekend with Chelsea for their first clean sheet in six league games.

Pogba could well return to the starting line-up on Wednesday when they take on RB Leipzig in the Champions League.