Fans and pundits alike are hailing the quality of English football after Carabao Cup clashes marked the return of domestic action.

Club football returned earlier this week following the World Cup break, and viewers have been quick to voice their pleasure in the wake of Manchester City’s thrilling 3-2 win over Liverpool on Thursday night.

Despite some complaining over the eight-day turnaround between the World Cup final and the first Premier League match on Boxing day, the intensity of Thursday’s cup tie had viewers purring at what was yet to come. 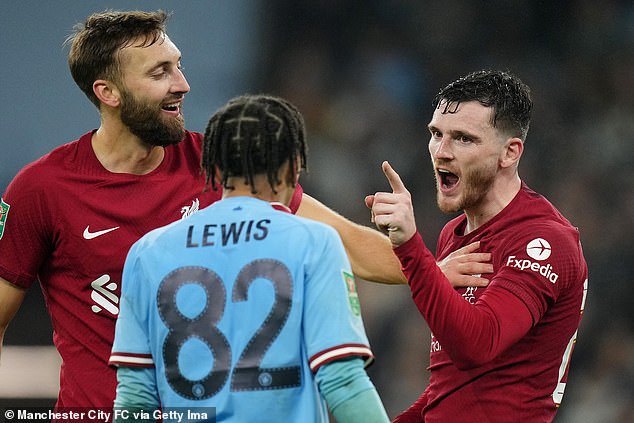 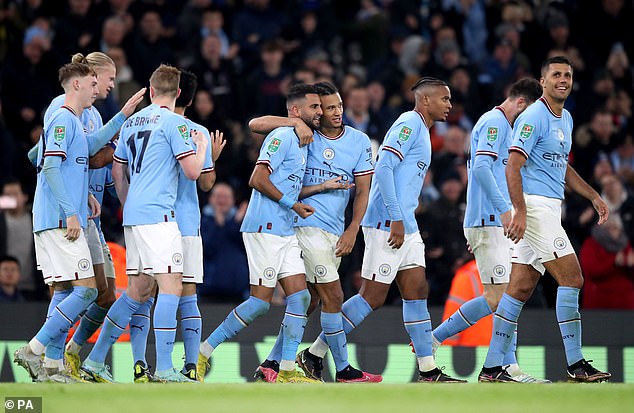 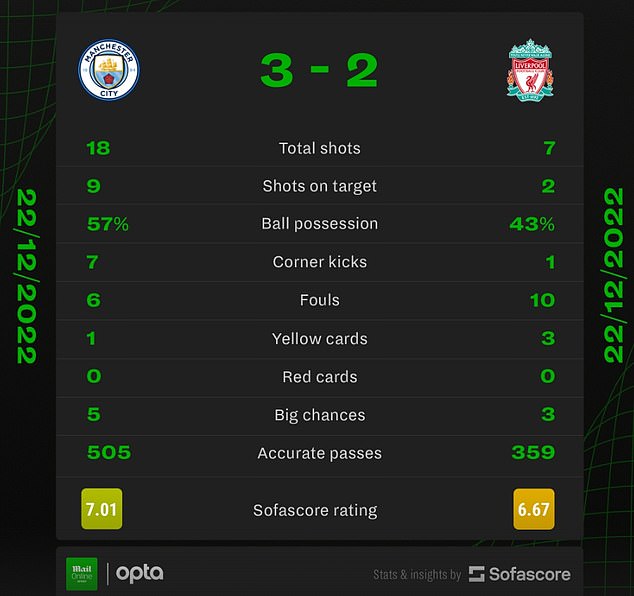 Sky Sports pundit Jamie Carragher led the plaudits, claiming: ‘The admiration I have for both sets of teams, both sets of managers. What we are watching here has been absolutely brilliant. No inch given by either.

‘City have been by far the better team, but huge credit to Liverpool for staying in the game. We have missed it, haven’t we?

‘Club football is just on a different level to international football, countries coming together, we have seen the scenes in Argentina on the back of winning. The emotion involved. But the quality, particularly when these two are involved can’t be matched.’ 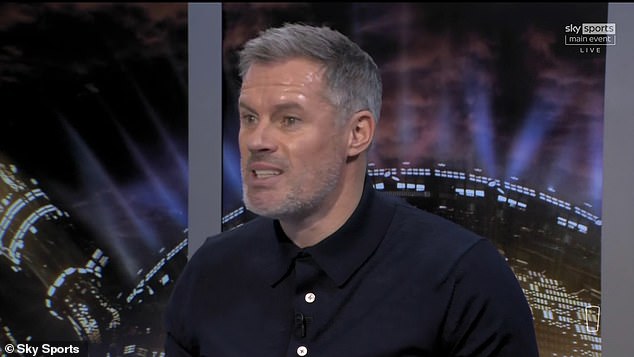 And his views were swiftly echoed on social media, with fans rushing to Twitter to share in their joy at the return of English football.

One fan wrote: ‘So club football is back.’ Liverpool stayed in the game throughout the tie, twice equalising quickly after conceding

And a third weighed in with: ‘Ladies and gentlemen, club football is officially back.’ followed by three flame emojis.

But despite the litany of stars that was on show in Qatar, for many fans the clash between Liverpool and Manchester City – arguably two of the best sides in the world – was a whole level above international football.

A fourth fan claimed Thursday’s Carabao Cup action was a perfect follow-up for a competition full of action, stating: ‘City and Liverpool hosting the after party for the World Cup was the best idea ever.’ 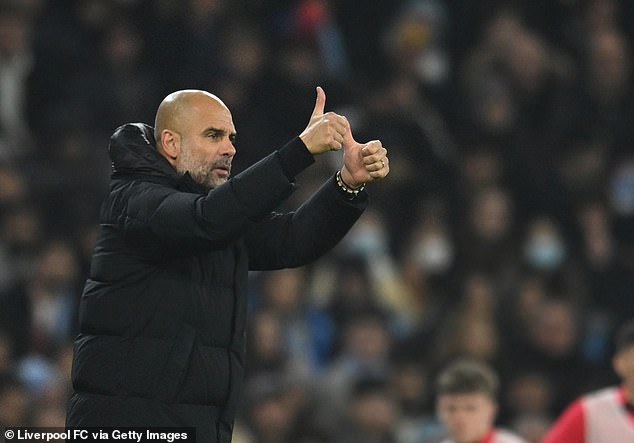 A fifth said: ‘Liverpool vs Manchester city or vice-versa is the most entertaining fixture is English football, it never fails to deliver.’

And a sixth asked: ‘What better game to welcome back English football.’

‘It was a brilliant game – it didn’t stop,’ he said. ‘It was strange at times that Liverpool were making the same mistakes as the first half.

‘If you look at City’s starting XI compared to Liverpool’s, you would expect them to win the game,’ Richards added. 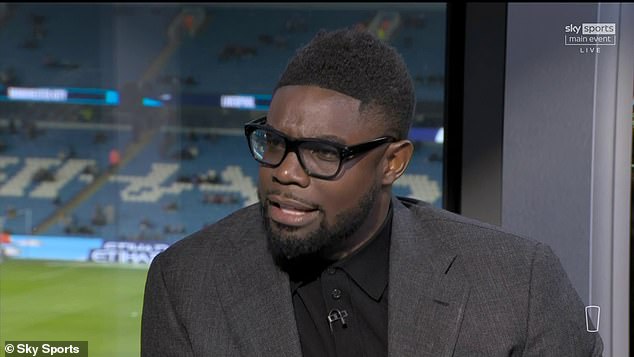 And for a seventh viewer, the action on show was so scintillating that they needed to put out two distinct tweets hailing the return of club action this week.

They first wrote: ‘English football is back. This is beautiful. The beautiful game. The intensity is great.’

Before adding: ‘English football’s intensity is unmatched. The pinnacle other than Champions League. You gotta prove yourself here.’