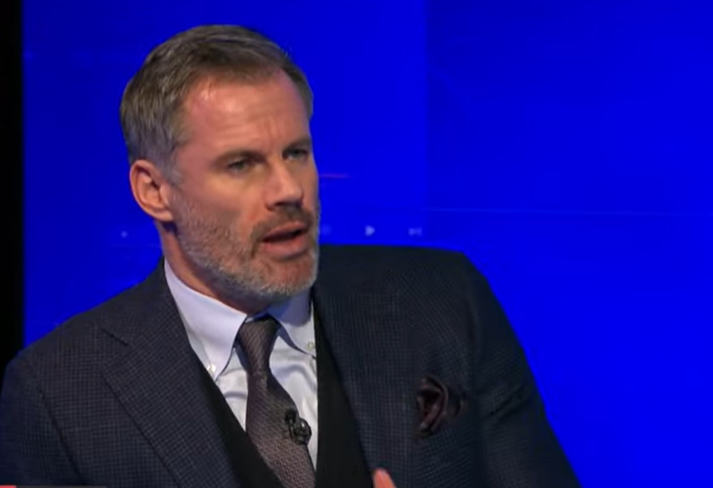 Jamie Carragher believes Manchester United need to find a younger version of Edinson Cavani if they are to mount a sustained challenge for the Premier League title.

Ole Gunnar Solskjaer’s side reached the summit earlier this month following a narrow win at Burnley and appeared ready to rival the likes of Manchester City and Liverpool.

United, however, have now dropped five points in the space of four days having followed up their shock defeat against bottom of the table Sheffield United with a goalless draw at Arsenal on Saturday.

The Gunners were hampered by the absences of Pierre-Emerick Aubameyang, Bukayo Saka and Kieran Tierney, but were arguably unlucky not to secure all three points after a spirited second-half performance.

United, meanwhile, threatened only sporadically but missed two huge chances in the second period with Edinson Cavani the guilty party on both occasions.

The veteran striker started in place of the out of sorts Anthony Martial but was left to rue to out of character misses from the edge of the six-yard box.

While the likes of Martial, Mason Greenwood and Marcus Rashford all offer devastating pace, particular on the counter, none possess the natural goalscoring instincts of their experienced teammate.

Solskjaer has been keen to add a left-sided centre-half and a natural right winger to his squad over the course of the last two windows, but Carragher believes it is up front where they need to strengthen most if they are usurp their local and fiercest rivals.

He told Sky Sports: ‘That is one thing, we’re talking about United winning the league and you think well what are they lacking?

‘They’re almost lacking a young Cavani. I don’t think Martial will ever be that mainstay of a striker, Cavani’s been a great player.

‘He’s still done really well since he’s come to United but that’s one area I think they can certainly improve in.’

Mourinho fires "pressure" jibe at Lampard ahead of Chelsea vs Tottenham