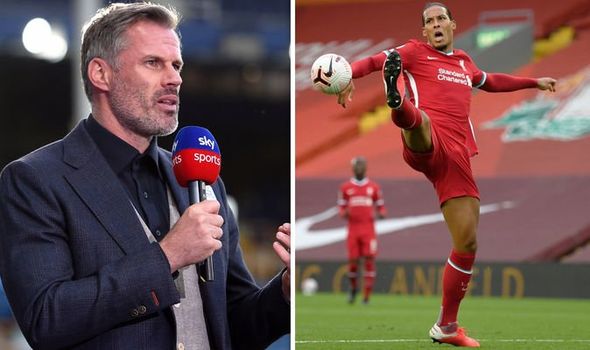 In a thrilling start to Liverpool’s Premier League title defence, Leeds had already pegged Jurgen Klopp’s side back once.

Mohamed Salah opened the scoring before a fine Jack Harrison goal from the visitors.

Van Dijk restored the hosts’ lead with a powerful header from a corner but his joy was short-lived.

Carragher, who was co-commentating on the match for Sky Sports, claimed the Dutchman took it too easy up against Bamford and was “arrogant” with his play.

“Alisson is not happy, he gets between the centre-backs there. Virgil van Dijk, that’s just too arrogant.

“Just tries to flick it round the corner to Andy Robertson instead of dealing with it.