Brendan Rodgers has revealed Jamie Vardy will be out of action for eight weeks in a huge blow to injury-hit Leicester.

Sportsmail revealed on Thursday that the Foxes would not rush Vardy back from his hamstring problem after initially saying he would be absent for only three or four weeks, and now Rodgers has confirmed his top scorer will be unavailable at least until March.

Vardy played through the pain barrier during the Foxes’ shock 1-0 win over Liverpool on December 28 as the FA Cup holders begin their campaign to retain the trophy against Watford on Saturday, they are without a recognised striker. 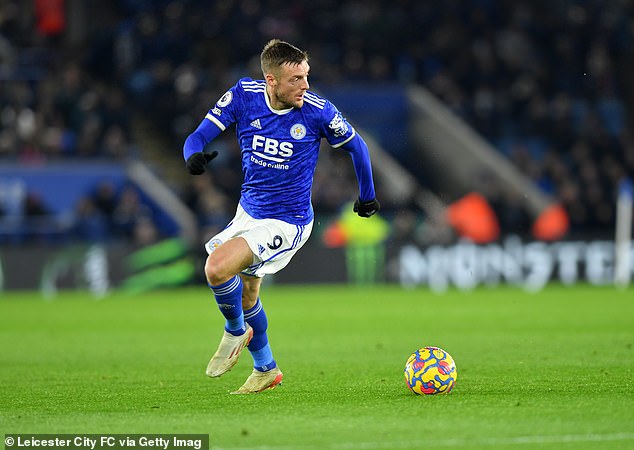 Kelechi Iheanacho is part of the Nigeria squad for the Africa Cup of Nations while Patson Daka is also out with a hamstring problem, though he could be back in time for Leicester’s meeting with Burnley next Saturday. In the meantime it is likely Harvey Barnes or Ayoze Perez will lead the attack.

‘The injury was in the higher part of Jamie’s hamstring so you are looking at March for him,’ said Rodgers. ‘He does not need an operation – that was the only bit of good news from it.’

Meanwhile Jonny Evans, who is as important to Leicester’s defence as Vardy is to their attack, needs an operation on a hamstring problem and is unlikely to play again before April. 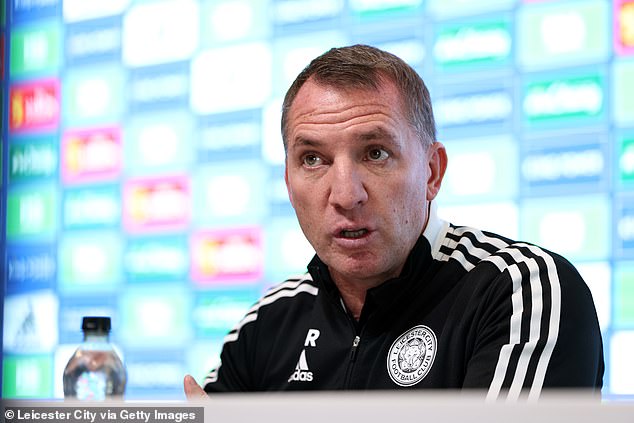 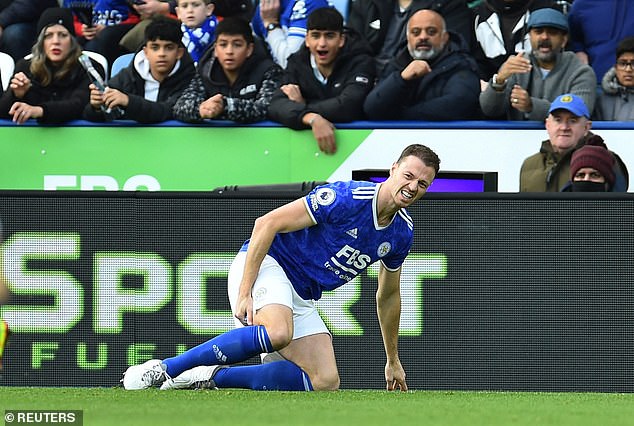 That makes Leicester’s need for a central defender even greater and they will attempt to make a loan signing this month. As well as Evans, Caglar Soyuncu, James Justin and Wesley Fofana are also unavailable due to injury, while Daniel Amartey and Wilfred Ndidi are at the Cup of Nations.

Timothy Castagne was due to train on Friday after a knock and may be fit in time, but Kiernan Dewsbury-Hall has a calf problem and is unlikely to be risked.

Serie A's LATEST plan to finish the season: All matches in the south